Evolution of a Bowhunter

by Johnny Costello
in Bowhunting Posts
0 0
A A
3 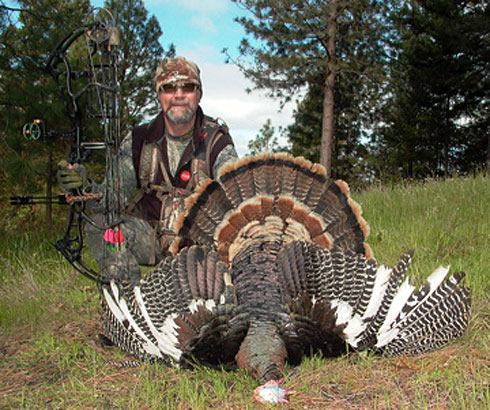 When March rolls around and Spring fever hits, there is nothing more thrilling than making preparations for bowhunting for the Great American Wild Turkey. This challenge has kept me on my toes for many years and even though I have learned so much about this type of bowhunting, the one thing I have learned the most is that one can never stop evolving in the quest to take a wild turkey. Wild Turkey just seem to get sharper with time and they have a remarkable ability to educate themselves about our progressive strategies and advanced products we use year after year.

For an example, I have a few hunting spots that I have been blind hunting turkeys for a number of years. The flocks that reside on those properties have evolved to the point that if they see even a small portion of a blind they instantly know it’s a danger zone and will avoid that location for the remainder of the season.

I believe that all serious ‘game bird’ bowhunters understand how critical it is to practice religiously in order to consistently make ethical kill shots on such a difficult target. I also believe that it is imperative that we are always open to using the finest products available, so we may consistently stay ahead of these smart birds.

I have a number of different style blinds with different camo patterns that I strategically use for each location I’m hunting. If need be, I use different camouflage clothing that matches my surroundings as well as a variety of the very best calls money can buy. I use them according to the particular scenario I find myself in.

I have special black clothing, gloves and masks for blind hunting and a variety of the finest, most realistic decoys that I could possibly find. Each one has real feathers and fans added.  I annually touch them up with metallic paints, while redoing the eyes with high gloss paint. I also mix my decoys up for each hunting sequence or in conjunction with whatever transition period the turkeys are in. Of course I also have what I consider to be the finest backpacks, optics, bows, arrows, mechanical broadheads, bow accessories, boots, raingear, cameras, etc. that money can buy.

I have Knight and Hale’s ‘Gobbler Guide’ memorized from front to back too. This has been a huge plus for me and I recommend it to every turkey hunter. Of all the people in the turkey world, I really believe in those two pros. They are the true Gurus of the sport. It almost sounds as though I couldn’t possibly be more prepared than I am, but the truth is I feel I have improved my arsenal by “Leaps and bounds” this year.

It all started when I received some proto-types of a nifty product my dear friend Jim Ponciano designed called ‘The Blind Web’ by Spidy Gear. This product has helped me outsmart the keenest of birds by allowing me to brush in my blinds from the roof to the ground with surrounding foliage.(It also helped me tag a trophy Blacktail last Fall). When you see how this product completely melts your blind into the surroundings it will blow you away. I feel this is critical for fooling mature trophy game animals and is now a mainstay on my list of “tools of the trade”. 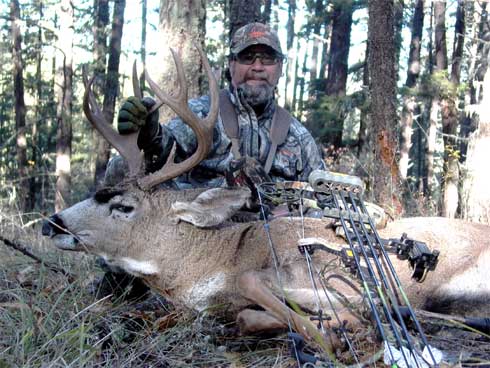 Equally important was my addition of an amazing new evolution called the HECS STEALTHSCREEN suit. The one thing we hunters have never have been able to overcome is the mature Wild Turkey’s uncanny ability to pick up on danger. This has always been a major issue when I’m in the stealth mode, whether I’m stalking, walking into a roosting area in the dark, leaning up against a tree, hiding behind brush or even hunkered down in a blind. Wild Turkeys consistently seem to know when there is a predator close by, even when their incredible eyesight isn’t picking up on it. They become far more cautious than usual when approaching ‘set-ups’ than when in their normal state and I’ve always felt they were just picking up on my vibes. Turns out science has proven they do exactly that.

Turkey, like other wild animals have the ability to ‘pick up’ the electromagnetic emanations that all living creatures give off. Animals detect our presence even when we don’t move, are scent free and camouflaged because there was nothing available to cover up or stop these emfs. If you’ve been in the woods hunting you know what I mean. Game animals just seem to know things are not right in their world. They become cautious, skittish and more alert the closer they get to us.

I have to tell you, I was skeptical. But then I was skeptical when Scent Eliminators came out. I was skeptical when deer lures came out and other innovations were new to the market. But I tried them myself because I have always been open to innovation. So I tried wearing this HECS STEALTHSCREEN’s incredible garment and since I have, my hunting has become far easier and my success has been impressive since. It is complicated to explain how it works, but simply put it blocks the electro-magnetic field that your body produces naturally and because of this it allows you to become a part of the nature around you without alerting every creature in the neighborhood that the “King of the Forest” is hungry.

This is even more important than just fooling the turkey, because we all know that many animals (especially birds) are always alarming each other that there is danger close by, either their sounds they or actions. The first tom I whacked this Spring was less than 5 yards away. I was sure glad I learned from Randy Ulmer how to aim for such a close distance. He came in quietly from behind me and I still had the netting of the blind down. I took his heart out. He was probably a 5 year old bird and had double beards. This was in an area I have hunted for many years and through generations these turkeys have evolved to the point where if they catch even a glimpse of a human it’s over.

My second 11 incher I center-punched from less than 10 yards away! This was an old bird and when I saw him approaching my decoys without a care in the world, I knew something different was happening and I liked what I was seeing. HECS was the difference and I saw it as a sign of the times. Both birds were in a state of total relaxation which allowed me to be relaxed as well. I easily settled into my shot each time and was able to take a veritable ‘chip-shot’. Talk about ethical shot attempts, this is as good as it gets.

Just when I was thinking things couldn’t get any better on May 1st I showed up at one of my ole’ standby spots planning to brush in a blind when I spotted a huge bird across the meadow about 300 yards out. I dropped everything and crawled out of sight. I let out some yelps to see if he’d respond, but he continued to steadily walk the other way without gobbling. I figured he must had seen me so I kept glassing him until I watched him walk over a little hump in the meadow and out of sight. That’s when I decided to be bold and ‘high-tail it’ straight across the wide-open meadow directly toward his blind spot. When I got there I dropped to a crawl and slowly peeked over the rise. There he was at 30 yards feeding without a care in the world! I got slowly to my knees, nocked an arrow, raised and THUD!  I had just arrowed my third bird of the season.

What I soon learned was that he was part white and had an 11 plus inch beard!  I firmly believe that, because of HECS, hunters will be able to get much closer to game animals without being detected. I believe, because of HECS, that animals will move closer to us, more relaxed, calmer and provide a closer, more accurate shot to be taken. Simply put, HECS STEALTHSCREEN clothing has opened new doors to the hunter. Just as the Blind Web has made it possible to hunt more effectively, so has HECS.  These products have opened a whole new world to me as a bowhunter and I couldn’t be more excited about it. The Great American Wild Turkey is going to have a hard time trying to evolve to this new wave of brilliance. Meanwhile, let the party begin.