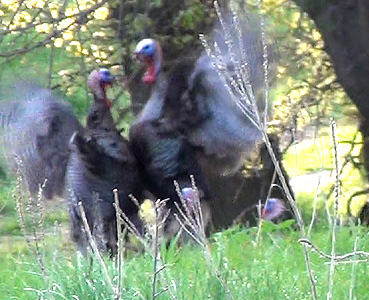 The longbeard gobbler that came in with my gobbler ran after him. When he stopped about 40 yards away, on the down slope of the hill, I glassed  the area and discovered he was standing by my gobbler. 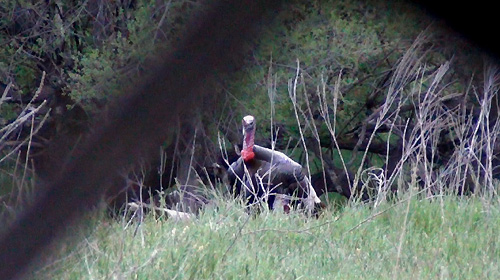 Half a minute later they both moved over to some trees near the fence as gobbles sounded to the right. A group of jakes came running over and the buddy longbeard fanned out and waited for the jakes.

Combat! The big longbeard and a jake went into the air, belly to belly, again and again. Flogging their opponent with hard hitting wings, pecking with pointed beaks and jabbing out with their spurs. A sight to see!

But the jakes did not come to fight the mature gobbler. They came on another mission, to attack the wounded gobbler. (It’s a wild turkey thing.) 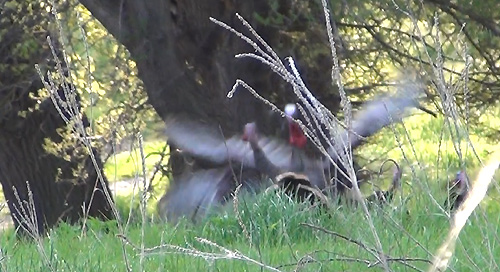 Gobbles rang out constantly and a few more gobblers rushed to the one sided battle, drawn by the sounds of the fight. 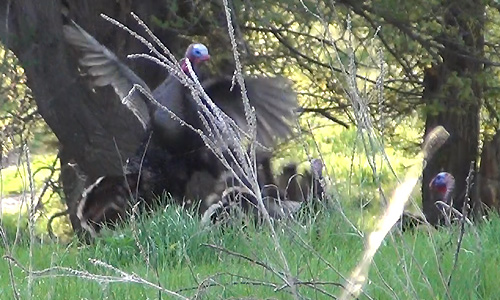 The jake below gave my gobbler a flogging with its wings. 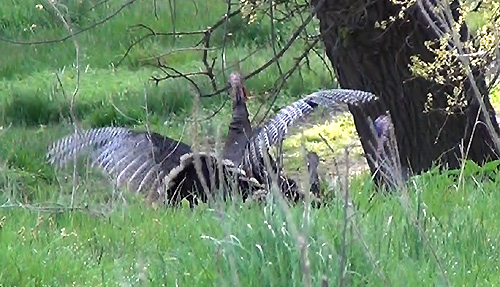 Fred and I watched the necks and heads of the jakes move closer to the fence and then they went out of sight.

More wing flogging sounded and we almost overlooked a hen that had come to the decoys. 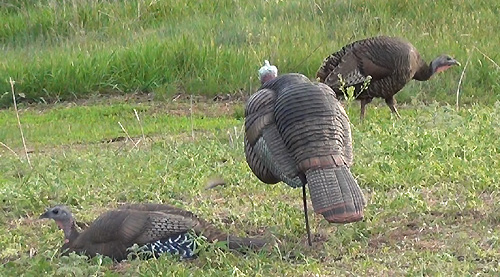 As abruptly as it began the gobbler war ended. It was quiet on the side of our hill once again. 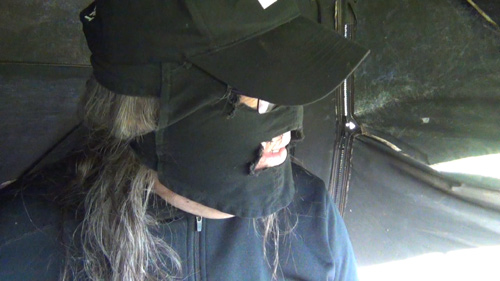 This time the choice of “wait or go now” weighed on the wait side.