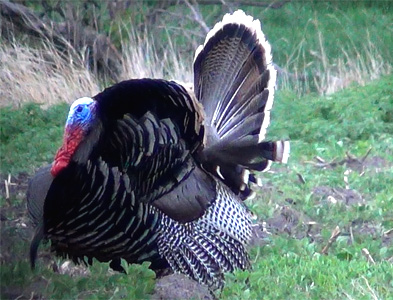 Fred Lutger and I arrived at our Nebraska destination late in the afternoon. The landowner took us to an area near the river boundary of his property and we set up a Double Bull ground blind near a fence line that separated a cow pasture from a dense wooded area. Last year we hunted the edge of the cow pasture. This year we set up on the woods side, 35 yards from the fence.

We set our decoys out, the Jake decoy is the new Dave Constantine decoy. This morning they were not a part of our hunt. 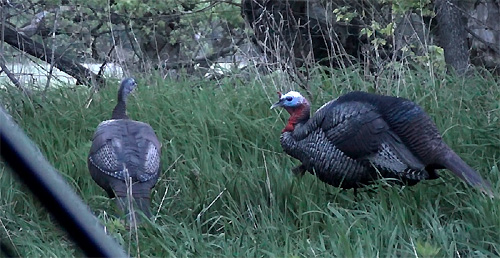 If you take a right at the fence you will be at the river in about 200 yards. We expected to hear gobbles from the roost area at daybreak, but it did not happen today. However, we did hear plenty of distant gobbles from a roost area on our side of the river. Two hours passed before any of those wild turkeys made it to us.

A nice gobbler, a longbeard strutter, came out of the big field  and walked in our direction. 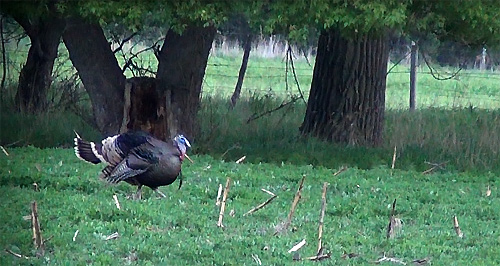 Two other gobblers, both nice Jakes, popped up behind the Merriam’s strutter. There was something unique about this strutter. Check out the top of his head … notice that black marking. 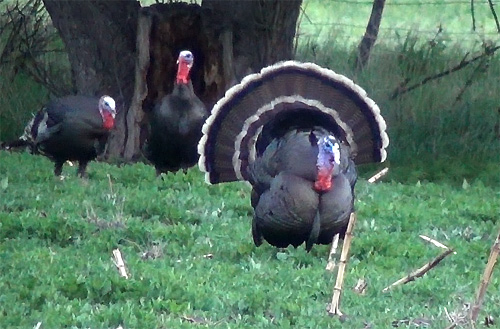 Here is a close up picture of him. This marking makes him both unique and identifiable. The Black Headed longbeard kept going and his Jake entourage followed along. 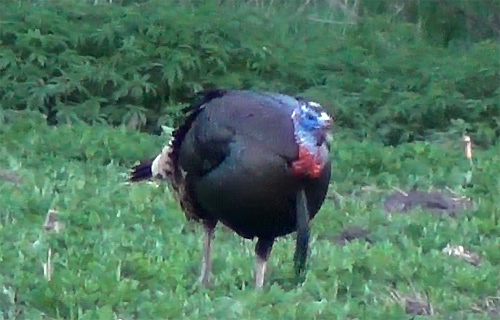 Time passed. We saw wild turkey activity in the fields in front of us and to our right — and in general, every where but where we were. After 10:00 a hen walked up. It showed interest in our decoy and then meandered around. A Jake came out of the trees and went to the hen. 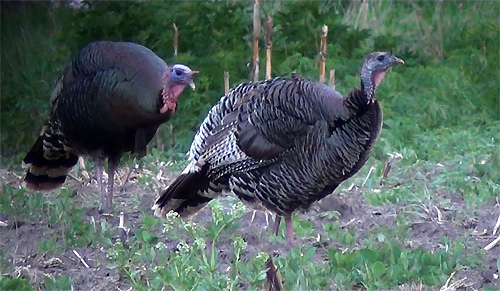 Minutes later, a longbeard strutter came down the fence and went to the Jake and hen. He shoved himself in between the two of them. The Jake turned his back on the strutter. 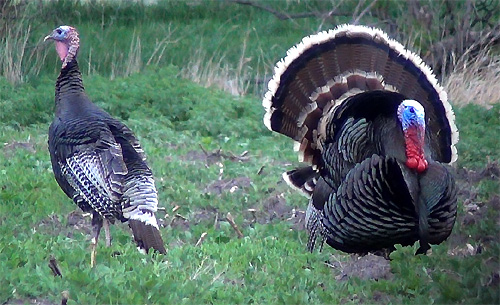 With the Jake intimidated, the strutter went to the hen. 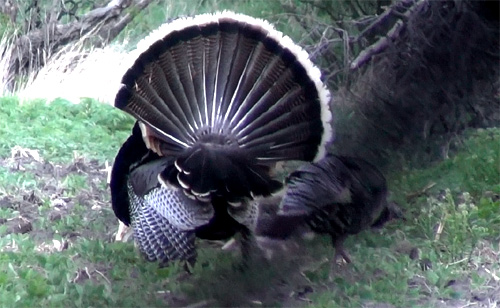 The hen moved away and the strutter followed her. 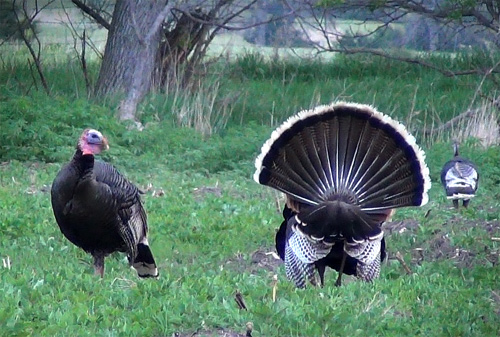 All this happend just a little bit out of bow range so we didn’t get an opportunity to shoot. But I did get a nice close up picture for you to enjoy. 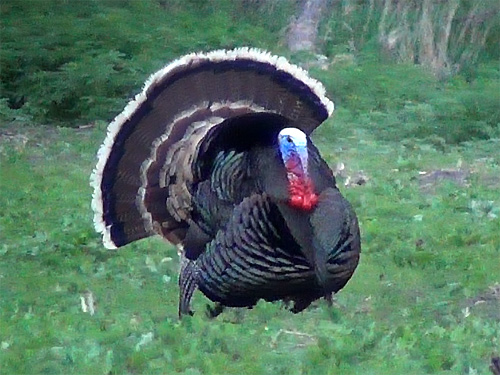 Half an hour later two Jakes came out of the field to our left. They walked into our area. 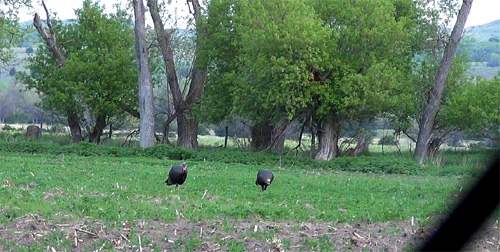 They walked around and eventually did the wild turkey/fence thing where they walk up and down the fence, over and over, looking for a hole in it, or a place where it was high enough, even though probably did the same thing yesterday. 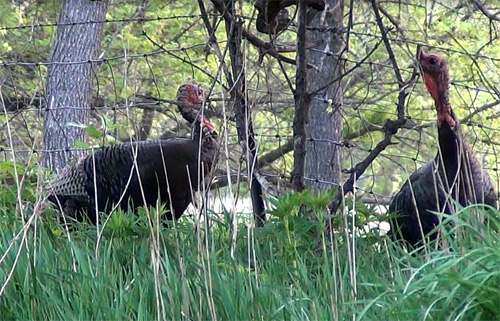 Our host drove up at noon and we returned to the ranch’s main house. We had a great lunch and enjoyed a short visit with our Nebraska friends. Then we loaded a blind and two chairs in the pickup and set up another blind on the edge of a picked corn field. Fred and I got inside and soon after the pickup drove away our afternoon hunt began.