No Excuse for Ignorant Laws

by Rich Walton
in Bowhunting Posts
0 0
A A
1 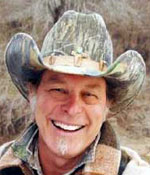 A lighted arrow nock is illegal in two or three states. The number one selling broadhead in the world is illegal in two or three states. It is illegal to hunt on Sunday, during the natural hunting season, in eleven states. Game wardens, sworn under oath to uphold and enforce the US Constitution, can violate the fourth Amendment at will, break into private property including a US citizen’s home or hunting lodge, and conduct a search without just cause or a valid search warrant.

Armed federal agents of the US Fish and Wildlife Service raided Gibson guitars four years ago and again two years ago, confiscated precious imported wood worth more than a million dollars, have since failed to file any criminal charges, continue to hold the valuable guitar building wood products, caused American workers to lose their jobs and have severely hampered this iconic American manufacturer to conduct business.

A family in Utah went bankrupt fighting the EPA and other federal agencies over false accusations, finally won in court but were then continually threatened and intimidated to comply with the order to vacate their private property based on fraudulent wetland claims where there is no history of moisture on the property.

A longtime licensed lobster fisherman in Florida brought his hard earned catch to dock for thirteen years, the same way all lobster fishermen have always done, was forced to load the catch back onto his boat by armed federal agents with claims his containers were illegal, lost his catch to rot, then went to prison for six years. The man had never been charged or convicted of a crime in his life prior to this life wrecking horror story.

A fine, decent, law abiding bowhunter in Michigan was cited and fined for having his bow in a case that wasn’t zipped up all the way.

Another young Michigan bowhunter was cited and fined for illegally baiting deer after kicking some apples in an apple orchard a few feet closer to his treestand.

A twelve year old deer hunter in Waco Texas was cited and fined for not having his hunting license with him after dropping his legally tagged deer off at the butcher. There is no law that says we need to have our hunting license with us except when we are hunting, but to fight this nonsensical charge would have cost ten or more times what the fine was, so the poor kid’s dad decided to plead no contest.

Fred and Michelle Eichler were legally hunting alligator at night in Texas, with all the right licenses, permits, tags and all proper equipment when armed agents of the USFW service raided their hunting camp. It took many months of arguing with the USFW thugs before they finally admitted the charges were bogus.

On Spirit of the Wild TV on Outdoor Channel for all the world to see, I hit a black bear in Alaska in 2009 with an irrefutably obvious non-lethal arrow that never penetrated the animal. Concluding the animal was not hurt, I eventually used my legal tag on a bear that I killed. After three years of feeling threatened with federal felony charges and outrageous costs by the federal US Attorney’s office there, I pled no contest even though, like me, the lifetime resident hunting judge from that region admitted in official court records that he had never heard of such a law that stated a “hit” bear is the same as a dead bear.

Chris Bracket was cited and fined in Illinois for killing his bag limit of bull frogs with a bow and arrow.

Jay Gregory of The Wild Outdoors was constantly badgered by federal USFW agents only because he aired a hunt on his TV show that allegedly showed hunters using the Rage broadhead in Idaho, where amazingly, the number one selling broadhead in the world is illegal.

After managing the undeniable return of the Scimitar Horn Oryx to its healthiest populations ever in North America, a federal judge sided with an animal right’s maniac who stated on CBS 60 Minutes that she didn’t care if the animals went extinct, she simply hates hunting, and banned the proven methodology of sustain yield value by private landowners. With this bizarre, unethical law on the books, USFW thugs would arrest me on felony charges if I were to put a crippled Oryx calf out of its misery on my own property without waiting the minimum of 90 days to have the public determine if I qualified for the federal permits.

In Michigan, small family farmers were forced to slaughter their private livestock based on the fraudulent Invasive Species Order that claimed hogs in their pens were “feral” and or “invasive”. Livestock intentionally purchased and raised under human control can by no stretch of reality quality as “feral” or “invasive.” Meanwhile, those innocent family farms are wiped out by jack booted thugs trampling the US Constitution and common sense.

Wildlife management? Sustain yield scientific based regulations, or simply a government gone mad? I have heard from reliable sources that the USFW agency is infested with hunter hating animal right’s crazies who allegedly have bragged that they would, quote, “destroy this (hunting) industry.

Only the guilty need feel guilty, but like a handful of courageous BATFE agents who blew the whistle on Eric Holder and his “Fast and Furious” crime spree, I pray to God that the good agents in wildlife agencies everywhere will do their American duty and out the rats in their own departments who would destroy the honorable conservation way of life in the last best place.