by Glenn Walker
in Bowhunting Posts
0 0
A A
0 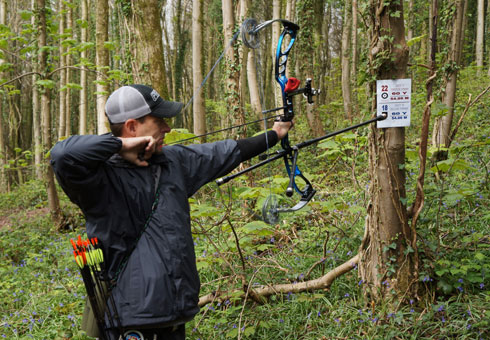 Carbon Express, a design and manufacturing leader in arrow technology, is pleased to announce that Team Carbon Express® took the top honors in both the men’s and women’s divisions at the IFAA Welsh Masters Event on April 21 and 22. This event is a pro series, invitation-only event with the top shooters in the world competing.

Shooter Dave Cousins from the United States took the top honor in the men’s division, followed by Carbon Express’ Shooting Pro Staff Director Dietmar Trillus of Canada. These two shooters were in a head-to-head battle until the very end. The fierce competition between Dave and Dietmar combined with unpleasant and unpredictable weather conditions made the shoot even more interesting and challenging.

The top three spots in the women’s division were taken by Carbon Express® shooters, with Ivana Bunden, from Croatia in first, Camilla Soemod, from Denmark in second and Linda Lainchbury from New Zealand in third.

“We are very proud of Team Carbon Express and their accomplishments at the Welsh Masters Event, and pleased that our Carbon Express arrows have contributed to their success in the highly competitive international arena,” commented Rob Reents Carbon Express Brand Communication Marketing Manager.

“This year has just been incredible so far, I never would’ve thought I would go for six-for-six” exclaimed Dave. “The Carbon Express arrows have just been amazing!”