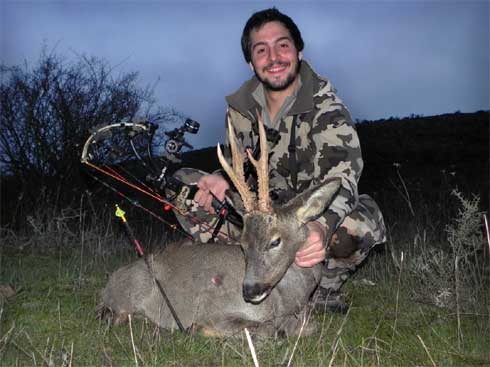 The global economic crisis has lead to a great increase of poaching activity everywhere but even more so in Spain where almost all hunting is on privately owned land. This makes hunting in Spain an expensive hobby, especially with such demand.

I love to bowhunt and I would like to share with you an unreal story from a bowhunting outing I had exactly one year ago in my hunting area. 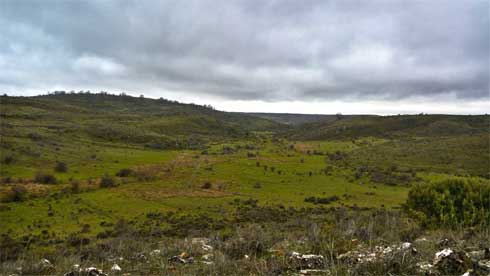 I was hunting with my friend Julito in the northen part of Spain, close to Burgos in the “Sierra de la Demanda” mountain range. We were walking slowly through a valley trying to get on to a big roe buck that my father had spotted that morning. The area we were hunting is wide open with some small bushes that are the ones that flower first. These flowers are the reason big bucks come into this area at the beginning of the season. 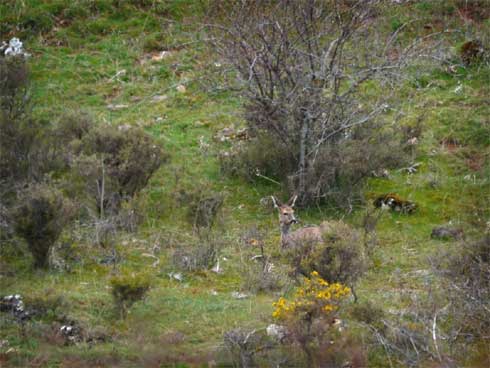 The afternoon started slowly, a storm was coming in and we only spotted some small bucks and does but they were still bedded down. Suddenly, below our position on a cliff we noticed some movement between a row of bushes. Concentrating on that area, it was not long until we realize it was the buck we were after!

At fifty yards the buck noticed something, his eyes directly on our location. We couldn’t move at all. The buck must have caught our movement but rather than bolting out of the area, he started coming toward our position. Curiosity sometimes is not a good thing but the buck couldn’t resist his desire to get closer. He wanted to investigate the strange rock that had caught his eye. So, head down he just kept coming right toward us.

50..45..40..and he kept coming, straight at us. I didn’t want to take a front side shot so I kept my eyes locked on the buck, hoping he was going to eventually give me a chance for a better shot. Finally, the buck stopped. I didn’t have time to measure the distance, but I estimated it to be around 30 yards, still in my PSE EVO´s first pin range!

I drew back, put my pin in the best place and released the arrow. I saw the yellow Bohning Blazer Vanes disappearing in the Roe buck’s body. The arrow hit the buck perfectly and dropped him in its tracks. I was thinking it was a quick kill but the buck was only down for a few moments. It then stood up, walked a bit more, fell down again and once again stood back up.

When the buck stopped to fall down the second time, Julito told me that there was someone else there! I was a bit confused but then I saw, just 60 yards away, a poacher aiming his rifle at my buck! I could not believe my eyes, the poacher didn’t even know that we where there, or had even notice that we had just shot that buck and he was going to shoot it! 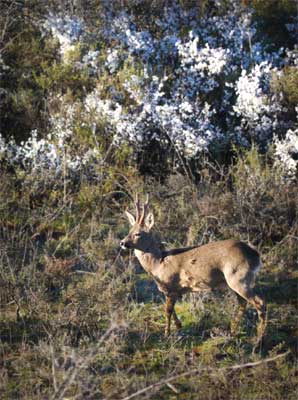 I started shouting like crazy (not exactly love poetry) to stop him from shooting my buck. Suddenly the buck fell down and the poacher noticed my shouting at him and looked at us. He realized that he was not alone and I suppose that really confused him because the buck died in front of him!

Being caught red handed the poacher turned and ran as fast as he could to his car and drove away. There was no time for officers to appear but we did have time to film him on video. We knew who the poacher was so are hoping justice will be done.

In the meantime we celebrated my buck. And yes, it was the buck of a lifetime! I have spent countless hours in the woods for this moment, and it finally came true. The wait and effort had been worthwhile for sure. Obeying the law is always the best way to hunt and on this day I was rewarded with a trophy Roe deer buck.

Sadly, the poacher is still hunting. Out video was not evidence strong enough to prove he was poaching because it didn’t actually show him shooting at the buck. Just hunting on our land wasn’t enough to prove poaching. So he got away with almost poaching my trophy buck. Time will tell if this taught him a lesson strong enough to stop him in the future.

Wish you all good luck in the woods,

Note: Pedro Ampuero lives in Bilbao, Spain and has been actively hunting for over a decade all over the world. You can follow him in http://adventurousbowhunter.wordpress.com/