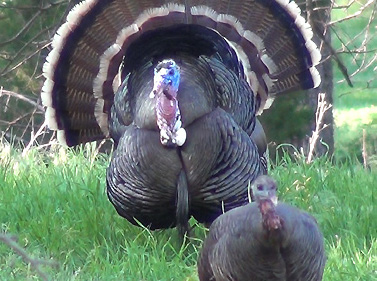 We returned to the edge of the picked corn field for out morning hunt. For some reason known only to wild turkeys  they flew down and went the opposite direction from normal. They went straight to the hills immediately behind the farm house and continued on. One gobbler called in and walked into our field, but he locked up at 50 yards but didn’t visit us. 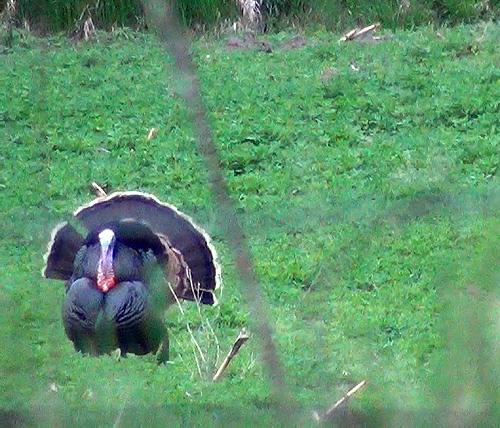 After our uneventful morning hunt we plowed into a home made breakfast of biscuits and gravy, over easy eggs (I ate 5), bacon, fried potatoes and cherry pie for desert. Afterward I took a much needed hour nap.

When I woke up we discussed what to do. Terry suggested we set up to hunt one of the hills. Terry drove to the river and we took down the Double Bull there and moved it near the fence  that separated the densely wooded hill from the more open area. We set up close to the open gate between the two areas. In the pic below you are looking straight down the fence. 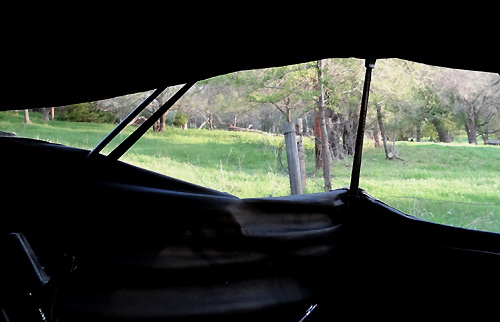 Terry suggested we use his pickup to haul our blind and gear to the hill because the deer and turkeys are used to his truck and wouldn’t be as concerned about it being in the area. He definitely was correct.

Ten minutes after Terry drove away a hen came into view straight ahead of us. 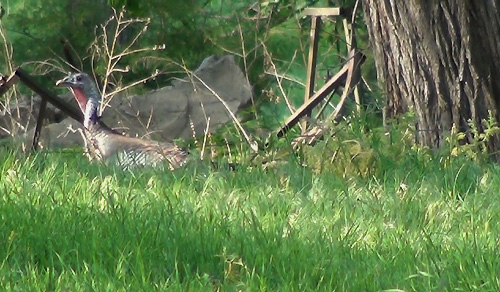 Remember the gobbler with the Black on its head? As the hen changed directions and came our way that particular gobbler came in sight behind the hen. It followed the hen and got closer to our position. 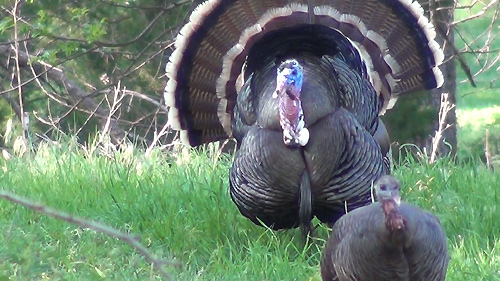 When the Black marked gobbler was in bow range I took one last picture and set the camera down. 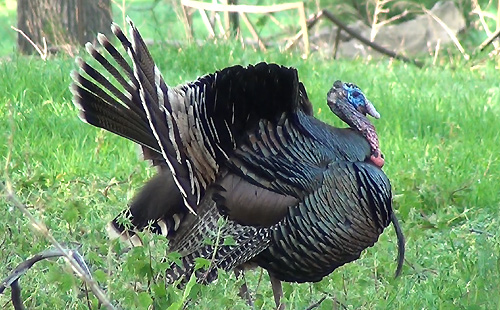 When I glanced back up he was walking away. I looked around quickly and picked up my bow. 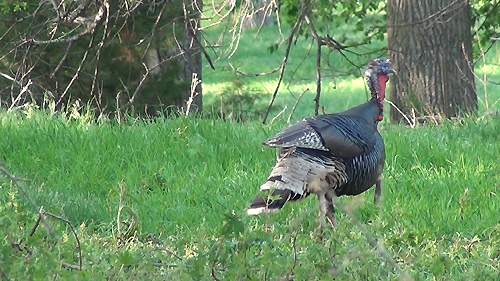 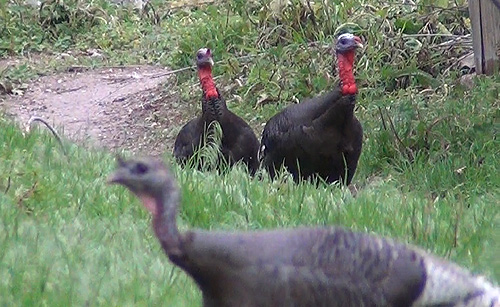 The hen came through the gate first. I drew as several Jakes came in range. They were clumped up and I watched for an opportunity at a gobbler in the clear. It happened and I took the shot at 10 yards. 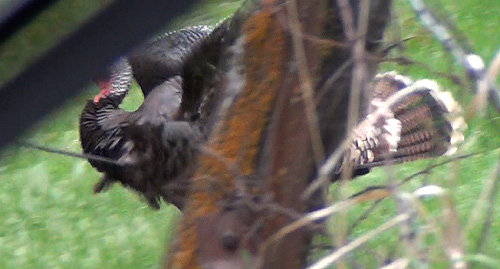 Hard hit, the gobbler ran a disoriented 10 yards and stopped. One of the other gobblers was right with it. 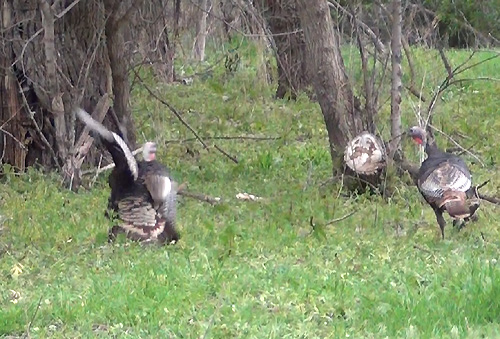 My gobbler pitched face forward in the grass. The other gobbler took on an aggressive  posture and closed in. 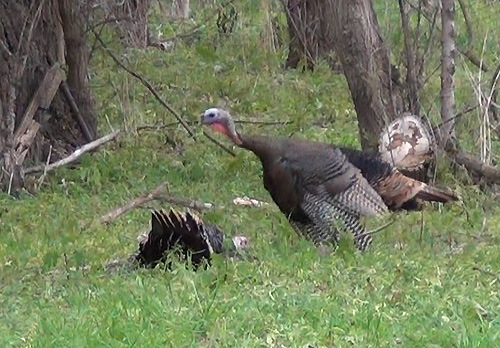