When I Was a Hippy (black light 35 years later) 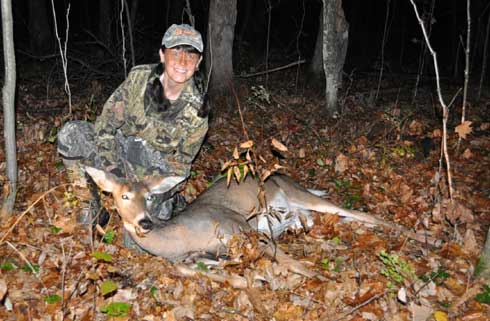 Seriously, this really is an outdoor article about whitetail deer hunting, so stay with me here. I really was a hippy off and on back in the early 70’s. I say “off and on” because for work I was a straight-lace with a day job. In my off time I was a hippy: Vegetarian, bellbottoms, fringe knee high moccasins, thousand grain bread, lava lamps, black light, alternative religions and the whole shtick. One day I was driving my Corvette past a Burger King and got downwind of Whoppers cooking. My plastic Chevy turned by itself into the Whop Shop and that that was the end of the hippy stuff. I feasted on a Whopper, fries and strawberry shake and never looked back. But I digress.

In my deer hunting career, I have always focused on Camo clothes, scent control, being quiet, stealthy, and playing the wind. I obsessed with whitetail behavior and keep hunting journals. I scouted. I learned about rubs and scrapes and the rut. I learned about approach trails, food plots, bedding areas, grunt and bleats, transition zones and a lot more. When I have a passion for something, I study every nuance of it. 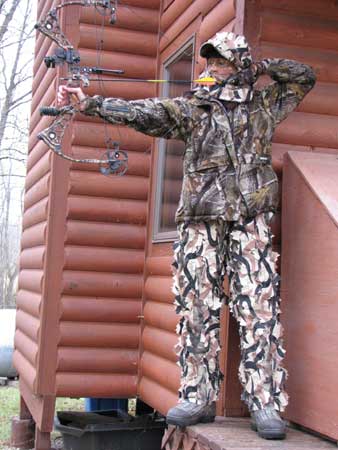 Well, guess what: You can do all that stuff and not see that many deer. I have been fortunate in that I have relied on the reputations of well known clothing brand names out in the hunting world. However, I never really put those brands to the test, that is, the Black Light test.

Whitetails see in UV as in Ultra Violet. The most intense UV light is at dusk and at dawn. Hunters can see that during early archery season when yellow fall leaves at dusk seem to glow at dusk. Those are also the times of day when deer do most of their feeding. So, if a hunter has clothing on that reflects UV spectrum light, they will stand out like a beacon in the woods in the eyes of deer.

Deer pretty much see in the same way as human pattern color blindness. They cannot see red or orange so your blaze orange clothing doesn’t stand out for deer. Instead, deer see those colors in shades of gray. Deer can see blue and yellow/green quite well. More interesting than the colors they see, is the spectrum in which they can see. Humans have a yellow lens over their retina which effectively blocks out UV light – primarily because humans have longer life spans and need more UV protection over time. White tail deer do not have this yellow lens. Theirs is clear so deer eyes can see like we humans can see when black light shines on certain materials and glows intense blue.

Phosphates and fabric brighteners in many laundry detergents and fabric softeners make clothing (even camo) glow under black light as well.

I bought a black light recently because I wanted to test all my camo clothing. A person can be wearing camo pants washed in phosphates and a blaze orange vest, and the whitetails will see the vest as gray and the camo pants as hot glowing blue. Overall I was content with my own Black Light Test. Wool naturally does not reflect black light. Cotton and many synthetics glow brightly. Most of my camo from big names like Browning or Gander Mountain TecH2O, were completely neutral under black light. BUT, my “lucky” hunting hat in which I have killed many deer over the years, glowed bright hot blue because it was so worn out. The camo pigments had faded.

I found that certain well known camo patterns had areas on their pattern that glowed bright blue under the black light, something I don’t want. Fabrics that were wool blends also glowed brightly. I do layer my hunting clothes, so I just need to make sure that the outer layers are dead to UV light. As such, I will need to retire the “Lucky Hat”, some gloves, old camo pants and other items.

We deer hunters pay heed to so many details with our sport. Testing our camo for UV reflectivity is a critical element too, not only for archery hunters but for gun hunters as well. UV Black lights are available at most hunting, fishing and gun stores and can be cheap or spendy so the choice is yours.

Lastly, while the sports washes sold in outdoors store work great, many laundry detergents work just as well and for less money. The “free” or “green” labeled laundry products are a good place to start. READ the label and make sure it says “no phosphates”. You don’t want brighteners of any kind.

We hunters work too hard to have a hunt ruined because our clothes glow hot blue to the whitetail deer we hunt. Now is the time to prepare.

For more go to: Atsko