Slowly, sometimes at a crawl pace, management of wolves is happening. We know there are a growing number of wolves in the Northwest, in Minnesota, in Wisconsin and in Michigan. We know they impact elk in the Northwest and whitetails in the Midwest. We know these things. We also know they are not endangered in any of these places. No matter what you read or hear in the media, wolves are not endangered. Yes, the red wolf population in North Carolina is and the small numbers released near the Mexican border are endangered but the wolves in the Northwest and Midwest are not even close to being endangered. Saying it is so, doesn’t make it so, no matter how many times the media repeats that.

We know that pro wolf groups don’t care about any of the above. They continue to espouse that wolves are in trouble, that too many are being harvested, that genetic diversity is being hurt, and of course, that they need people to donate to the cause so they can ‘save’ wolves. (Question. Which one of the things listed in the last sentence is the most important reason for wolf involvement by the Defenders of Wildlife? I don’t know the answer, though I think I know, but I’m just asking the question).

Big Game Forever, an organization devoted to wolf management, provides ongoing information on the wolf situation. Go to their website and check them out. They note that the Wyoming Game and Fish Commission has voted to allow hunters to take up to 52 wolves in the Yellowstone National Park zone this coming fall. Of course the antis are fighting this, so it probably won’t happen this year. But Wyoming continues to push for much-needed wolf management.

In April, the maligned Governor of Wisconsin signed a bill that creates a wolf hunting and trapping season in Wisconsin. That season runs from mid-October to the end of February. The goal is to provide a sustainable population of managed wolves, though the antis will tell the press (and the press will go with that) that the season will decimate the wolves in Wisconsin. Poppycock. Same old same old.

Montana has had two hunting seasons since the wolf was delisted as endangered. So far they have not met their harvest goals. The process evolves but the regulations used have not stabilized wolf numbers. There are more wolves now than when the hunting started, even though the antis said that these seasons would devastate wolf populations there. Note that the regulations being used were approved by the U. S. Fish and Wildlife Service for a five year monitoring period. Three years are left and it appears that the caution used in the regulations need to be ramped up in order to manage the Montana wolves. Of course the pro management folks are saying that Montana wildlife officials are dragging their feet, while the anti wolf harvest side is saying they are killing too many wolves. 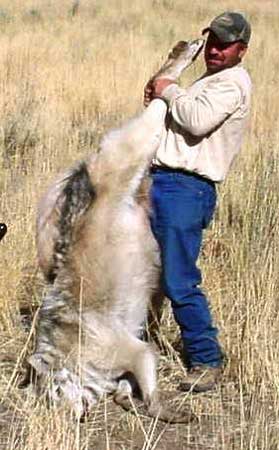 In response to harvest results, the Montana wildlife folks propose to add some wildlife units to the area where harvest is allowed and remove parts of other wildlife units. Where there formerly was a harvest quota in each wildlife management unit that is being dropped in favor of a statewide season. Once the season starts, if the harvest exceeds expectations in some areas, the game commission can close the season. The season will also be extended two months to the end of February. In addition there will be a trapping season from mid-December to the end of February.

Minnesota has also announced its first wolf hunting and trapping season to begin this fall. If and when 400 wolves are taken, the season will cease. There are an estimated 3,000 wolves and taking 400 will not lower those numbers, but remember, all these states have been hammered by antis and the media for proposing any harvest of wolves. Thus, they are cautious, perhaps too much, but the prospects of long, expensive, court battles may cause caution, and just maybe, the non-hunting population will eventually see that management of wolves must be done.

So there you have it. Slowly but surely, there is progress being made to actually manage wolves. None of it comes easy because the same national groups continue to battle harvest of wolves. Will that ever stop and see some sanity to wolf management? Doubtful in our lifetime. Will wolf numbers continue to rise in most areas and will their range continue to grow and reach more and more states? Yes. Once in those states, when numbers get so high that problems arise for native wildlife species and for farmers, will the states be given control to manage wolves? Only after expensive court battles. It is what it is.

The Good – The Bad and The Skunked

The Good - The Bad and The Skunked