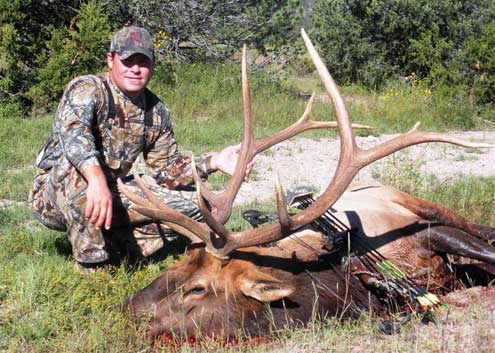 Wolves in the lower 48 states are literally eating hunters out of house and home. While doing so, they are impacting your opportunity to both pick a special draw tag and be successful both on those coveted hunts and in open-hunting units.

A bit of background. Lower 48 state gray wolves were declared an endangered species in 1974. In 1995-96, U.S. Fish and Wildlife Service biologists transplanted a small population of Canadian wolves in and around Yellowstone National Park where today the population has exploded and government estimates place the number at about 1,775 — though local ranchers, hunters and hunting guides believe it is higher than that. In the West wolves inhabit parts of Montana, Idaho, Wyoming and isolated but expanding pockets in Washington, Oregon and Utah. Less than 100 Mexican wolves live in Arizona and New Mexico. Another 4,700 gray wolves reside in Minnesota, Wisconsin, and Michigan.

In 2010 and again last fall, sport hunting seasons for wolves were held in Montana and Idaho with fairly disappointing results. Last year only 166 of the 220 wolf quota was achieved in Montana, while Idaho hunters and trappers only killed 373 wolves despite an extended hunting season. That means the gray wolf population in five northern Rocky Mountain states increased by 3 percent to at least 1,775 wolves, under the first full year of management by the states, the U.S. Fish and Wildlife Service said in early March. Wyoming will hold its first wolf hunting season in 2012.

In the Great Lakes region, Minnesota and Wisconsin will hold their first wolf hunting seasons in 2012. Minnesota, home to 3000 wolves, set a very conservative 400 wolf quota, while Wisconsin hopes to reduce its estimated 1000 wolf population by 350 with both hunting and trapping seasons. For some reason, Michigan has not attempted to open a season to reduce a population of 700 wolves in the Upper Peninsula, an increase from the 20 wolves living their back in 1992.

Here’s why you should care. David Mech, a senior research science with the United States Geological Service who has spent 53 years studying wolves, said that upper Midwest wolf packs may have ranges of 60 to 80 square miles, with the animals traveling up to 15 miles a day. Wolves largely feed on deer in Minnesota, he said and an adult wolf consumes the equivalent of about 18-20 deer a year. Out West, the plight of the Northern Yellowstone elk herd is a perfect example of what’s going on.

In 2011 the herd has suffered a precipitous decline, dropping 10 percent from the prior year to a total of 4,174 elk — this on the heels of a 24 percent drop the year before. The herd peaked at about 20,000 elk in 1992. In some years back then hunters killed several thousand elk from this herd as they migrated out of the park. But that was before the wolf reintroduction mentioned earlier. Since that time, the elk herd has declined nearly 80 percent. Of course, it is not all wolves — mountain lions, grizzlies and black bears all kill their fair share — but it is easy to connect the dots and see that wolves have been in the center of the decline from the beginning.

The fact that the wolf has become a symbol and the prime fundraising tool of animals rights kooks notwithstanding, that drop in ungulate numbers severely impacts the number of animals available for sport hunters. The math is easy to do. Less deer, elk and moose mean fewer hunters, which means less revenue from those hunters flows into the pockets of local businesses and into the coffers of state game departments, which rely heavily on license revenues from hunters to fund them. Nonresident hunters have not jumped on the wolf hunting bandwagon in big numbers simply because the cost of both nonresident tags and licenses and the hunting itself is so high and success rates so low — wolves are very smart and very difficult to kill, even with rifles — so they stay home. I and many of my friends who have hunted in the same areas of Idaho, Montana and Wyoming for decades have all chosen to not go there any more simply because they have seen the decimation wolf packs have done to local deer and elk herds. The same is true in the northern reaches of the Great Lakes states, where whitetails have been hammered for decades until the herds are a fraction of what they once were.

One group that has taken the lead in the wolf wars is the Rocky Mountain Elk Foundation (www.rmef.org). “The Rocky Mountain Elk Foundation doesn’t say wipe out all the predators,” RMEF President David Allen said. “But we’ve got to be more aggressive in managing them. We want to see substantially fewer than what we have now. That includes wolves, as well as grizzly bears, black bears and mountain lions. This go slow, take it easy approach it not working.”