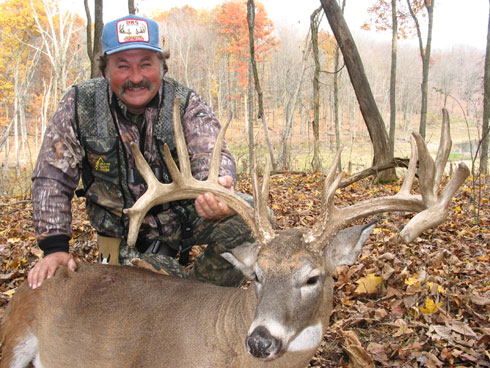 Altus Brands, LLC, the new owner of Extreme Dimension Wildlife Calls, announced it will renew a major sponsorship deal with Roger Raglin Outdoors. The television show, which is one of the most popular on the network, airs on the Outdoor Channel each Saturday night at 9 pm EST through December 2012.

Host Roger Raglin is an experienced hunter who has a long list of hunting accomplishments under his belt. Roger’s humor is natural, his devotion to the sport of hunting is genuine and his knowledge and expertise as an outdoorsman and hunter are exemplary.

Roger Raglin Outdoors features all big game, but it is predominantly whitetail hunting using a bow, rifle and black powder. The show is wholesome entertainment for the entire family: ethical and safe hunting practices, clean kill scenes, broadcast quality camera work, and perhaps most importantly, there is Roger himself, whose excitement and enthusiasm for the sport is unmistakably authentic.

“My television show is sponsored by some of the strongest and most respected companies in the hunting industry,” stated Raglin. “Extreme Dimension Wildlife Calls are essential to my hunting arsenal and a big part of my success in the field. We are thrilled to have the continued support of Extreme Dimension Wildlife Calls as they make their transition to Altus Brands.”