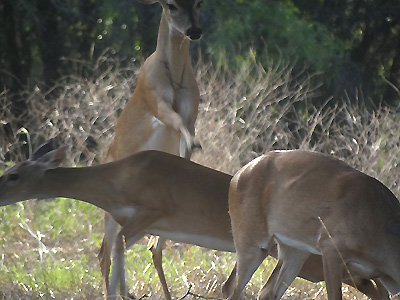 This morning I got my camera and was ready to take pictures … if any deer came through my area on the way to bed down for the day. At daylight my eyelids were getting real heavy. The next thing I knew the sun was shining through the trees and lighting up the small open areas around me. I shook off the groggyness and looked around.

Ah haaa, I spotted the back of a deer in some dried weeds 60 yards away. It was browsing on some green weeds. Of particular notice to me was a nice antler I saw on the left side of the buck’s head. 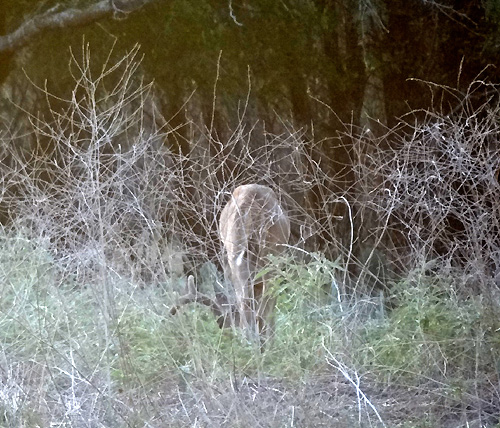 I waited patiently for the buck to raise his head up and let me get another picture of him. Before long, he did and I let my Sony do the talking. 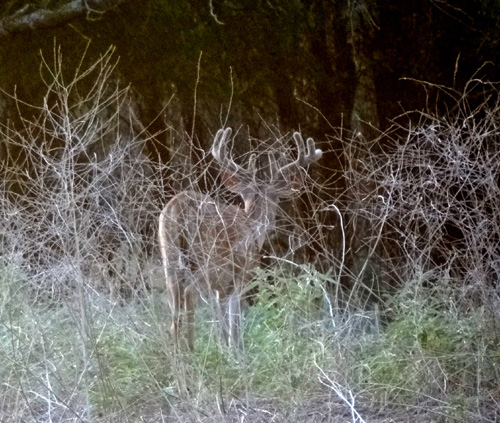 Then I zoomed in a little more and got another picture. The angle of the sun’s rays lit up the tall weeds and highlighted the buck in a very cool way. 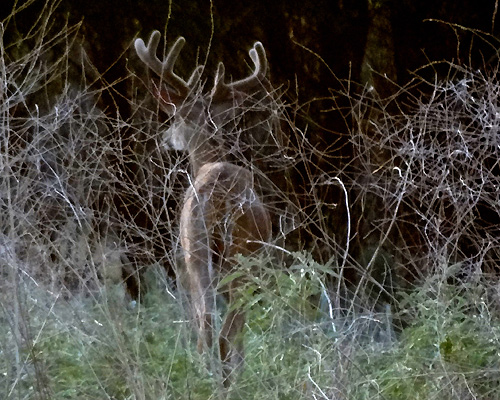 This is early July and all the bucks’ antlers will continue to grow until the first part of September. So this buck has a good head start on the majority of bucks — at this time of the year.

Notice that this buck’s brow tines angle in a bit and his right brow tine is slightly longer than the left. If you focus on his face and ears you get a proper perspective of how wide he is. His main beams have curved and he is as wide as he will get, although his main beams should get longer — and maybe he will pop out a couple more points as the beams lengthen. His tines will get longer too. 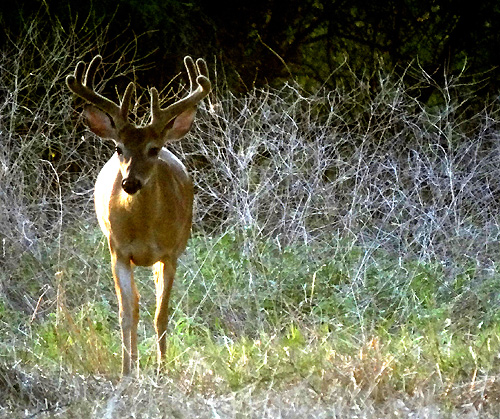 A doe walked up and a young buck trotted over to her. I got their pictures too. 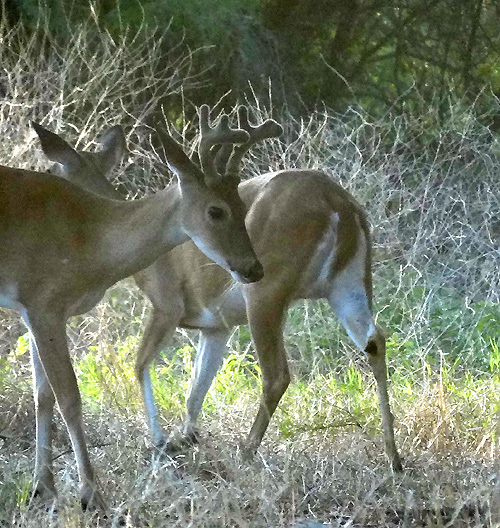 Another 8-point came into view from the nearby woods to the north. He walked over to the doe and she rared up on her hind legs to kick him. I already had them in my camera’s viewfinder and immediately took pictures.

Pow! The buck went up too and clobbered the doe with his front feet. His stout blows almost knocked her  down as she scrambled to get on her feet my Sony caught him giving her a sucker punch that nearly put her down again. 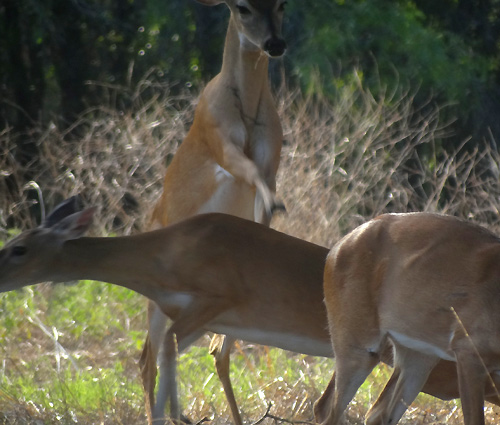 In the next frame my Sony caught them again. He is still up on his hind feet and the doe has her footing now and is starting to leave. 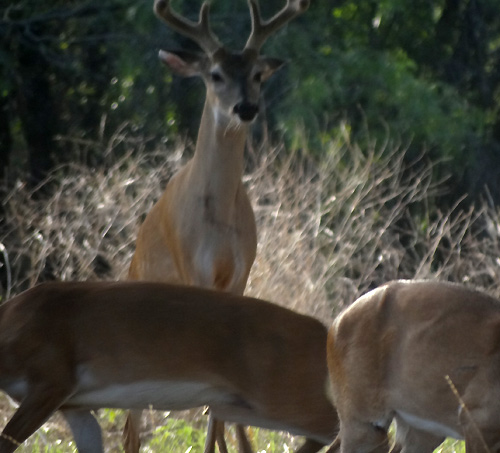 In the 3rd frame the doe is getting “long gone”, fast. And the buck lets us get a better look at him. His brow tines are further apart then the first buck’s and his right one is shorter than the left. Also his spread is not as wide as the first buck. 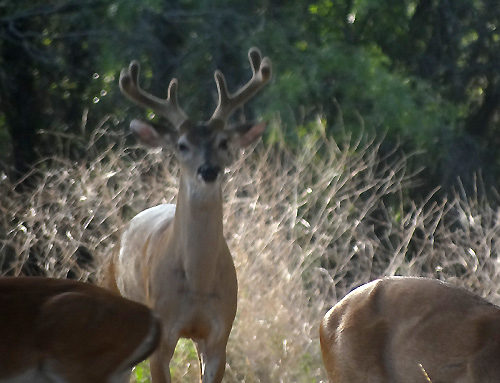 Meanwhile, I noticed the first buck and got a pic of him standing where he had watched the buck and doe confrontation. He didn’t stay long and walked out of my view to the right. 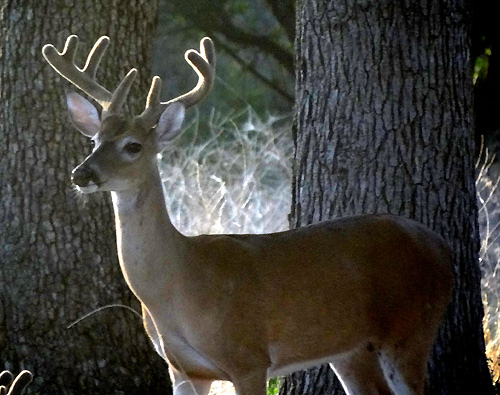 After the skirmish another young buck came from the trees and walked through the area. 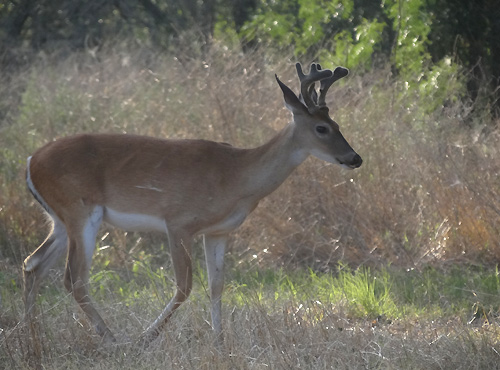 Another half dozed deer came through the area in the trees from the west and and off the hill to the south.

The 2012 Bowhunting.net Scouting For Deer is sponsored by: