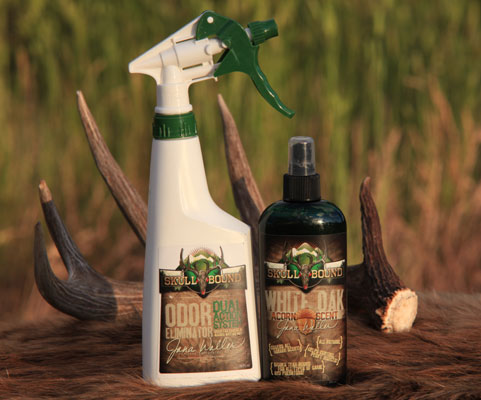 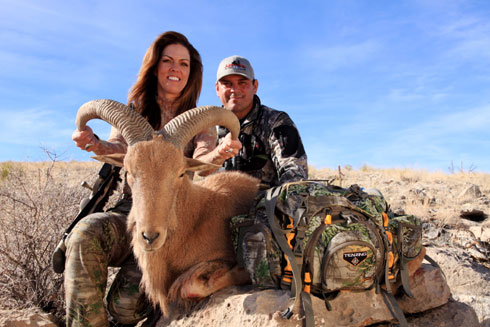 After a year of extensive field-testing with incredible results, Skull Bound TV’s host, Jana Waller is releasing her own ‘Skull Bound series’ scent control line. Jana is no stranger to broadcast Television with appearances on Versus, The Outdoor channel “Outfitter Bootcamp” (currently airing) and her new hit series Skull Bound TV on the Sportsman Channel, it’s no wonder she’s partnered with the manufacturer 3D Hunting Supply to introduce a new scent elimination system.

With the irresistible essence of White Oak Acorns blended into a secret formula, wildlife are clueless to your existence while the product keeps pesky bugs at bay. A bow hunter of big game for over 20 years, Jana has tried almost every odor control product on the market. “ Whether I’m hunting the Wisconsin woods or near my home in Montana the new series of scents have been developed to allow me to go undetected while pursuing the game I hunt.” The 8 oz bottle of WHITE OAK ACORN SCENT works year round on all types of game and uses 100% natural ingredients. The 16.oz ODOR ELIMINATOR works wet or dry and eliminates human odor on contact.

Jana has traveled to New Mexico, Africa, Illinois, Wisconsin, Coastal Alaska, and the Louisiana Bayou and beyond while testing what’s tabbed as the “Dual Action System”. The results speak for themselves as Jana has taken some incredible trophies while using her new product!

Having her own signature series “dual-action scent control” system is a first for any woman in the outdoors and aligns with Skull Bound TV in it’s quest for amazing hunting adventures. With an exciting new season 2 of Skull Bound waiting in the wind you’ll want to tune in for all new episodes starting in January of 2013 only on the Sportsman Channel! Not all cover scents and odor eliminators are created equal. Pick up your two-pack set today and discover what you’ve been missing!