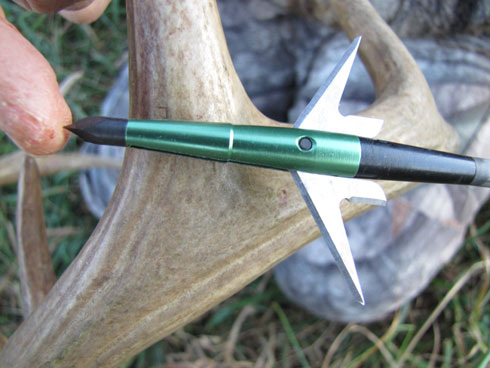 We hear about field point accuracy but what does it mean? Every manufacturer of a mechanical broadhead says, “Our broadhead shoots like a field point.” However, do they really?

I had to know more so while conducting slow-motion testing at PSE’s Tucson based factory I set up an impossible test with PSE professional shooter, Bobby Vargas.

We all know that most mechanical broadheads will shoot about the same as a field point at 15-20 yards. However, what about some crazy distance like 100 yards?

We set up 9-inch balloons a football field away and selected a 100-grain field point. Vargas shot the first arrow out of his PSE EVO at the first balloon and POP. It disappeared. Heck, I could barely see it at 100-yards. Then he took a 100-grain Swhacker out of a new pack and screwed it on the tip of the next arrow.

I love to see the focus these professional shooters summon when they are shooting. His concentration was laser focused as the arrow left the string. After a long arc, it settled on a collision course with the other red balloon. POP, it too disappeared. That’s field point accuracy demonstrated in the field.

What makes this broadhead so dog-gone accurate? I cranked up my science background and took a look. I noticed that the exposed blade surface was clearly minimized on the Swhacker design. I knew a rocket scientist had designed it but only now did I notice the unusual wing-swept forward design on the bone chisel blades. A little research uncovered some interesting flight nuances that occur with a wing-swept forward design.

Stay with me on this bit of aerodynamic physics and you’ll learn something new. The wing swept forward design channels the air toward the tail of an aircraft. That is where the ailerons steer the plane. Likewise, it also relates to arrow stability. This means the fletch on your arrow can better grab air to stabilize flight with this design. The aerospace guys call it “inward spanwise flow.” It is very positive in preventing stalls in an aircraft as it offers more control. Stability, including arrow control, is a good thing.

I still had to know more so I went to one of the nation’s top aerospace programs at Penn State University. A forward thinking professor there took interest in the design of broadheads and conducted some testing for me. They use a wind tunnel for some aerodynamic testing and a water tunnel for other testing. I had not heard of a water tunnel but after a little education, I saw why these programs often use water as a test medium to investigate aerodynamics. 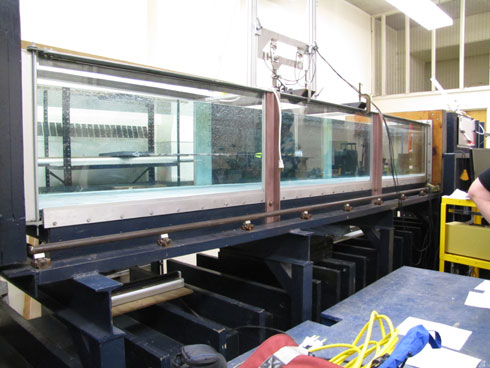 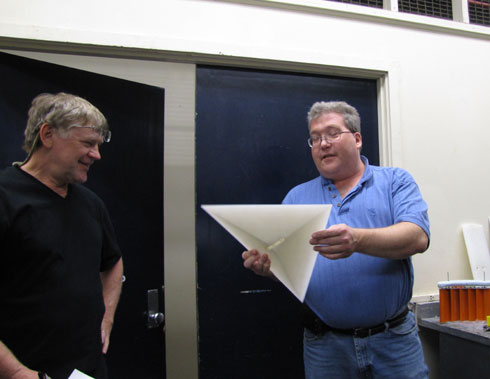 After observing the delta wing design, I noticed that the Swhacker broadhead had a delta wing nuance built into the chisel shaped forward facing blades. Hmmmm. I wonder if the rocket scientist who designed this broadhead knew any of this scientific info? We next set up a water tunnel test with a Swhacker Broadhead.

Although the tiny size of the broadhead meant our data would be coming in from three and four spaces to the right of the decimal point we could observe the swirling of the UV dye as the water tunnel moved the liquid past the blades. The professor suggested that we have a 30″ prototype made for further testing which is in the works. Who has ever heard of an aerospace lab testing broadhead performance? Only Swhacker.

So what did I learn about the stability of the Swhacker Broadhead? I observed that the accuracy is built into the head design. I like built in accuracy. 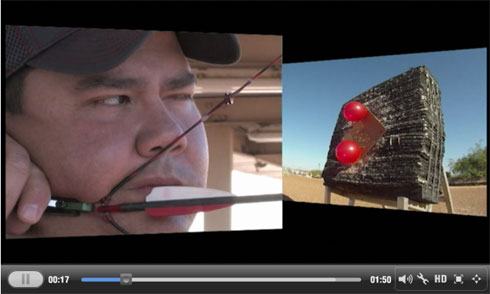 To see this accuracy in motion go to this streaming video clip at:
I’m prepping for an elk hunt this fall. Unlike whitetails, elk are often shot from longer ranges. I know without a doubt that the Swhacker head will out penetrate the competition heads. I discovered that in the ballistic Gel testing. . This mechanical broadhead shoots just like a field point and the 100-yard test proved it. Now I know that I can rely on broadhead stability and accuracy on those long shots as well. My decision is made. A decision built on science and performance, not marketing. Join the new broadhead revolution at www.swhacker.com

How a Scouting Camera can Make you a Better Hunter