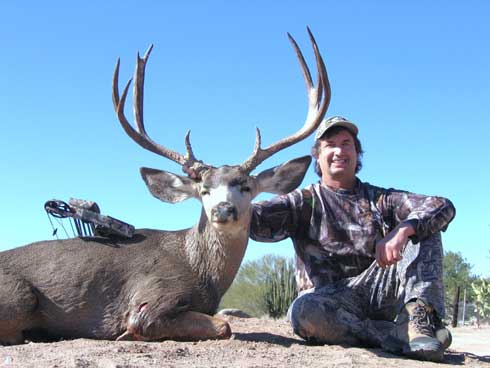 HECS STEALTHSCREEN technology is not a new revelation; it has been around in different forms for many years. The medical world has known for decades that every living body, through heartbeat and muscle movement, produces a measurable EM energy field. In fact this energy has been used in such staple medical procedures as the EKG. EM shielding is also used in places like the grid of your microwave door. The conductive grid is effectively smaller than the height of the energy wave therefore it is unable to pass through and is attenuated in the grid. That series of “X” patterns on your microwave door is what protects you from the harmful waves. As humans, our senses have “devolved” over the decades, so we would not notice those waves until we started cooking from the inside out. Our four-legged counterparts however, have tuned their senses to greater levels that ever before.

I am not going to go through all of the science behind the development of HECS. Suffice it to say that there is as much science to support the benefit of blocking your EM energy field to increase productivity in the field as there is to support providing mineral supplement to grow larger antlers and to justify scent elimination products to reduce human odor. The science is indisputable in this area. Animals sense our energy when we are in the field and this sense has cost all of us more than one animal.

How many times have you had that big buck hang up just out of range? Ever come to full draw just to have the animal bolt off, and you were positive that he had not seen, smelled or heard you? Call it whatever you like or give them credit for having “eyes in the back of their heads” or make any number of other excuses or explanations. The simple fact is what scared them off (if you truly were unseen, unheard and un-smelled) was the EM energy that hit the airwaves as your heart rate and muscle movement increased and changed the amount of EM in the air.

Now, that Faraday cage in your microwave door protects you from all of those harmful microwaves while you warm up that burrito on opening morning at 3:00 AM. Wouldn’t it be nice to have that same principle protect you from polluting the air around your favorite hunting spot with your EM field? Wouldn’t it be nice to take that extra advantage game animals have away from all of those big bulls and monster bucks that have walked off just before you had the chance to take that shot? How many more tags would you have filled if you had been wearing a HECS? Let me tell you something I learned last year, you will have no idea how many opportunities you truly missed until you put a HECS on.

My 2011 bear hunt was just one example of how HECS truly changes the game. I spent three days in one canyon with a lot of bears. I stalked a number of them, never once blowing one out of the country. On the third day I harvested a bear that I had stalked the day before. Not only was this bear in the same place as where I had stalked it just 24 hours earlier, but the bear saw me first at 120 yards!

I caught my first glimpse of the bear, sitting on the side of a hill staring right at me as I walked up the bottom of this canyon. Not a tree, shrub, rock or even a twig for cover. Right out in the wide open and already busted. Time to look for another bear, right? Not with HECS! Within three minutes, I had closed the gap from 120 yards to 61 yards, with the bear watching me the entire time. Ever seen a puppy that turned their head sideways at you when they were curious or confused? You know, that cute little turn that makes everyone smile? Now same question, but replace the puppy with a full grown bear!

The bear turned its head every way it could, trying to figure out what I was, never moving until I stopped to draw and then only to step a few feet to the side to get a different view of this “moving bush”. I can still remember thinking just after I watched my Gold Tip arrow and VPA broadhead rip through the bear that there was no way everything had just happened as it did. No way?

Fast forward four months. The January archery deer hunt is full swing in New Mexico. On the fifth day of my hunt I found myself right in the middle of 23 does and Ole Scrapper, the dominant buck of the bunch. As the does continued to walk by me while never even looking my way, I finally got the buck in a clear shooting lane and sent the same Gold Tip arrow and VPA broadhead right through both lungs. Shortly after the arrow went on its way I watched as Ole Scrapper fell to the ground in the bottom of the canyon. Just as he hit the ground, I saw all kinds of movement on the hillside above him. A quick look through my binoculars revealed 4 mangy coyotes headed in to feast on my venison.

I ran to the bottom of the canyon and to within 50 feet of where he had gone down. Suddenly, I realized that I had not seen any of those coyotes run off yet. I nocked that same arrow again and slowly walked forward. Within five minutes, three coyotes were added to my day’s harvest. Not only was I completely undetected walking that last twenty or thirty yards toward them, but even after two shots through two of them, the remaining two live coyotes still had no idea I was there. If it had not been for the giant “yelp” from coyote #3 as another arrow went through him, I have no doubt that I would have harvested all four of them.

This is not two isolated hunts. These were two consecutive hunts, within which I had numerous interactions with wildlife like I had never experienced before. Were these just a couple of “lucky” days? Or, were they a series of natural events that all came together because of the fact that I was completely undetected due to my HECS? After 35 years of hunting, I know for a fact which one it really is. I just wonder how long it will take everyone else to figure it out.

Overall, we would highly recommend HECS to everyone. This is not just another fad, this is hard core science, and once you chose to listen to the experts and take advantage of this tremendous weapon, it will truly change the game for you too.

As a special note, The United States Patent and Trademark Office has issued a U.S. Patent Number to the creators of HECS STEALTHSCREEN for not only their hunting clothing technology but also for their Dive Stealth technology for swimmers and divers.

HECS STEALTHSCREEN garments complete a hunters need for total camouflage. We spend hundreds of dollars for scent suppression/elimination, camouflage clothing that helps us blend in with our environment and now we have HECS. Don’t have a HECS yet? Go to www.hecsllc.com and order your suit today. As a special bonus for readers of this review, enter promotion code “pro0” and receive $30 off on your order.