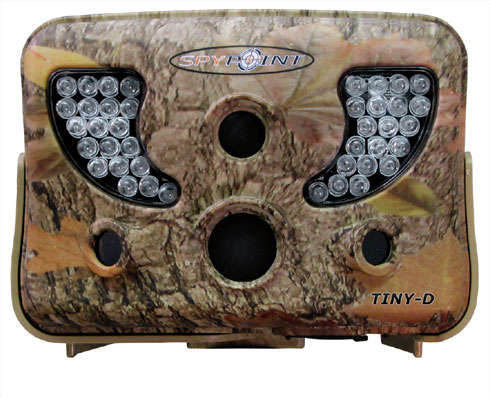 Trail cameras galore these days. Which one to pick?

That seems to be the question asked each year when someone makes the decision to purchase a game camera for their hunting area. Price, reliability and quality data all play their part in that decision. Make the wrong choice, and you’ll either be stuck with junk or end up paying double on a lesser quality camera when you could have purchased an expensive one from the beginning. Not everyone has the luxury of purchasing a dozen cameras to compare, nor do they have the resources to evaluate them correctly. That’s why I’m here.

In the beginning, I remember someone making a box that held a traditional SLR type camera equipped with a motion detector, and offered that setup to the public as a way to capture images of deer. The idea eventually caught on, so several manufacturers dove-in head first to capitalize on this new concept.

From that point, the digital era was born and modifications to the older style cameras left the scene as quickly as a mature buck will after catching wind of the sweat-ladened T-shirt you’ve been wearing while trying to hunt him. Cameras started off with flashes but eventually morphed into the infrared and LED technologies. With hundreds of consumers purchasing and using theses cameras, people became aware of their idiosyncrasies and adjusted accordingly. Manufacturers became aware of issues just the same, like trigger speed, resolution, flash range, sensor detection locations, battery life and of course, the addition of video capabilities. Generally speaking with any product, it’s the public that does most of the testing and with any reputable company, it’s their job to listen and to include this data into their R&D.

In the last two years, I have picked some of the most expensive cameras to use while tracking whitetails where I hunt. I did so because I absolutely must know what is in a particular area before I hunt it. While testing many cameras along side of each other, I was appalled to see what some cameras were catching and others were missing. I often wondered how many people used a cheap camera not knowing some of the most important data was missing, and relocated the camera to another spot. In fact, it it wasn’t for my position as a professional product tester and hunter, I would have been duped myself! It was only after comparing trail cameras against each other that I’ve found what really happens in my neck of the woods.

After years of research and constant testing, I am actually pleased to announce my discovery of a great little camera called the “Tiny-D”, manufactured by Spypoint. The Tiny-D isn’t the only “great little camera” out there, but it is a camera that carries the features of a camera that costs MORE THAN TWICE as much as it does! Spypoint, which has addresses in both Canada and the USA, carries a line of game cameras with various capabilities, pricing and features. One thing the Spypoint cameras all have in common is; their trigger times are all less than a second!

My test camera is the Spypoint Tiny-D. This model was introduced to the public for 2012. The Tiny’s ultra-compact design of (4.5? x 3.5? x 2.7?) makes it easy to conceal anywhere, thus earning the title “Tiny”. Aesthetically speaking, it’s a real beauty! Great design and looks go hand-in-hand when keeping a unit concealed, yet workable under many different environmental scenarios. Without further ado, let’s look at the specs of this camera:

This camera has absolutely everything I could ever want from a game camera and a price that parallels the medium priced units. I set this camera in my test area against a dozen other cameras that were both inexpensive and others earning the title of what I call “art gallery” pricing. This camera never missed a beat! The SD card capacity of 32 GB, is more than you’ll probably ever need, even using it in video mode. It carries 3 sensors which are adjusted to different angles to capture 7 zones of detection. This unit only requires 6 alkaline AA batteries and not 12 like most others. Having said that, I wasn’t able to test battery life on this unit as of yet because I’ve had the camera for less than a year, but when I’m finished with that test, I’ll do a follow up. So far, the batteries remain strong after weeks of testing in conditions that are outside normal conditions. I expect no surprises there.

The setup was extremely simple and the camera was up and running in just 7 minutes. The camera has so many features, it would be impossible for me to go through all of them in this review and still keep your attention. Basically, it will do anything you would want your camera/video game recorder to do. What really makes this camera shine is its ability to capture great videos and images because of its 7 zone detection range. This camera can detect movement up to 180 degrees which is more important than you may think. Having tested cameras for years, all too often a deer will walk just outside the camera detection zone thus missing an opportunity to capture the action you needed to see. Having a 180 degree detection range, is like having another camera! Add the time lapse mode, its tiny size for easier concealment and did I mention the price? Instead of paying the $550.00 required for another camera with these features the Tiny-D retails for about $199.00! I even found it for as cheap as $169.00 on the internet. What a deal! A person could buy 3 of these cameras for the price of just one of the “art gallery” priced cameras. Now that’s a deal!

I give this camera a “Thumbs up”!

Spypoint even makes a wireless version of this camera that will catch any thief attempting to steal your camera. They sell a “blackbox” receiver with their Tiny-W camera that will not only catch the thief trying to rob you blind, but also aids in keeping your hunting area free from human disturbance! The blackbox receiver serves 2 purposes: Allows you to check your images up to 250 feet away from the camera and will catch a thief in a nano second by sending all of the images in real time, to the blackbox receiver. Because you can mount the receiver up to 250 feet away from the camera, anyone attempting to steal the camera is immediately caught on the camera and the image is sent to the receiver (blackbox). So let them steal the camera because you caught them anyway! It also also makes it easier to check your images without disturbing the hunting area. What a great idea!

To contact Spypoint please visit them at: http://www.spypoint.com . Their website is very informative and offers software updates and technical support too!

Bucks Around The H2O Water Cooler