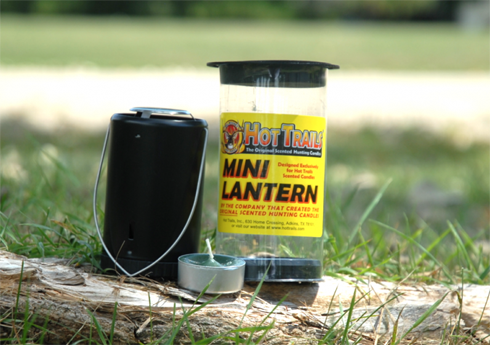 Hot Trails - the smart way to ensure your scent/lure gets on the wind where it's needed.

I can’t really tell you about HOT TRAILS without telling you something about myself. My name is Bill Moore and I’m the owner and creator of the products we call HOT TRAILS. I am 66 years old, a 6th generation Texan, born, raised and living in San Antonio, Texas.

I am very lucky to have been raised just north of the best trophy deer hunting in the country, the South Texas Brush Country. I started hunting at around 10 years old, birds, rabbits and such. I was in the 8th grade when I took my first deer, only a spike but to me it was a real trophy!

I have been an avid deer hunter ever since. Today I game manage 12,000 acres right in the middle of Texas’ famous ‘Golden Triangle’, the Loma Blanca Ranch.

In 1989, while working for my brother at his candle factory, I started getting the idea for HOT TRAILS. I have always been the one to try new and different ideas while hunting. Taking doe hocks and pinning them to my pants, saving deer urine from freshly killed deer, trying all types of new scents and attractants. I could go on and on but I’m sure you get the picture. Using scents never really worked like I felt they should, and I always thought it was my fault that they didn’t. Maybe I was doing something wrong, not putting them out in the right place, etc. Anyway, I had just about given up on using scents, because it was costing me money, and I was not having any success. Then one day while hunting I started thinking about the scent I had just put out in my 35mm film canister full of cotton. Here is what I came up with:

Now I told you that I worked in a candle factory making scented wax products. These products put out a strong fragrance even when not burning them, and they smell for hours and hours. I thought, if I can do this with vanilla… why not DOE IN HEAT!

At first I just used them myself and gave them out to friends. Then others heard about how well they worked and soon my business was started. That was in 1991 when my wife and business partner said, “Let’s do it!” We packaged the product and rented a booth at the New Orleans Hunting Show put on by Texas Trophy Hunters Association. We thought we had a good idea, but would the public think so too? They did and so here we are today!

HOT TRAILS is now in it’s 20th hunting season and sold in over 600 stores in 39 states and in Canada. I would say the hardest thing in business is to ‘Teach an old dog new tricks’  but my advice is to never be afraid to try something new. It doesn’t matter whether it is making a dream come true or helping you to become a more successful hunter!

HOT TRAILS WORKS AND WILL HELP YOU GET YOUR TROPHY!

Chicken? You Must Be Kidding!