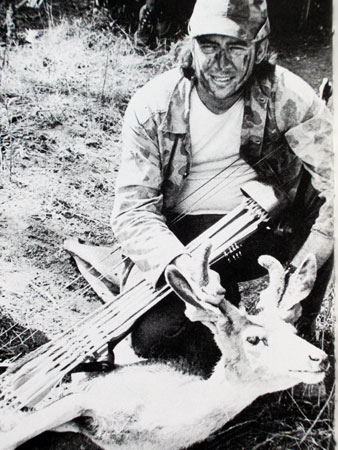 THIS LITTLE COLORADO BUCK, arrowed in 1972, was the first big game animal I tagged while hunting with a compound bow. Though I didn't realize it at the time, I was participating in a mere trickle of curiosity that quickly became a tidal wave of widespread interest that is still sweeping bowhunting nearly 50 years later. It's estimated that nearly 9 out of every 10 bowhunters now shoot compound bows.