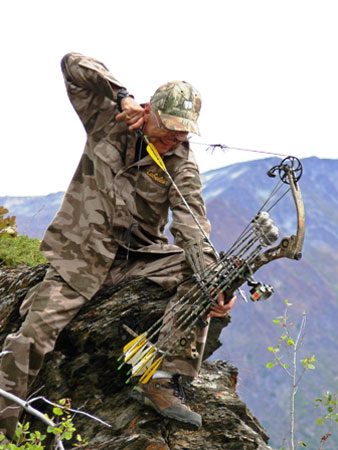 Every five years the U. S. Fish and Wildlife Service conducts a survey of all citizens and their participation in hunting, fishing, and other wildlife-association outdoor recreation. This survey shows that over the past several decades, hunter numbers have shown a steady decline.

Of course, animal rights groups just love that and they constantly provide the ‘doom and gloom’ future for hunting. No wonder they are happy. From 1985 to 2001, every year we lost 2.2 percent of our hunters. Before you jump off a cliff, consider the latest numbers. A preliminary press release on the 2011 survey shows a significant increase in hunters over the past five years. In 2006 that same survey showed there were 12,510 million hunters over 16 years of age, but in 2011, that number jumped by 9 percent to 13.7 million. Yes, 6 percent of all citizens over 16 years of age went hunting in 2011. My guess is, with the bad economy not showing major signs of rejuvenation, those numbers will go even higher in 2012.

And those numbers do not include the hundreds of thousands of hunters who did not hunt in 2011, but did hunt in 2010. Nor do they include all the hunters under 16 years of age. In 2005, 4.2 percent of all citizens between the ages of six and 15 hunted. Since that time there has been a big push in states to get kids in the woods with various youth hunts and things done to expedite hunter education requirements. I do not know the impacts of those programs, but there can be no question that the number of hunters between the ages of six and 15 has improved in recent years and numbers in the hundreds of thousands.

The 13.7 million adult hunters are a huge chunk of economic benefits to the country. In 2011, they spent $34 billion on trips, equipment, licenses, etc. Yepper, that’s an average of $2,484 per hunter. Fishing is a great form of recreation and those participation numbers are also up by 11 percent. Though the 33 million fishermen over 16 years of age put $42 billion into the economy, that amount is far less than hunting on a per capita basis. Seventy-one million people participated in feeding birds, bird watching and wildlife photography and they spent $55 billion on their activities. Though the total is higher, that group also spends far less per person than the $2484 spent by each hunter. Indeed, hunters take their hunting very seriously.

And we need to spend those big bucks, because the hunters are the key funders of wildlife conservation via license purchases and the taxes they pay on hunting equipment. There is no such sales tax paid by bird watchers, wildlife photographers, etc., that goes into managing wildlife. I’m not trying to belittle bird watchers, etc. I’m just pointing out that hunters pay the bills. Thus, when we get more hunters, we get more revenues for more wildlife management programs run by our state wildlife agencies. They can restore more wildlife habitat, help more wildlife species, recruit more kids into hunting, etc., etc.

And where are the animal rightists during all this? Well, they are hard at it doing things that hurt wildlife and make our wildlife agencies spend time and money that don’t benefit wildlife. Take what has just happened in California for example. Dan Richards was the Chairman of the California Fish and Game Commission. He made the mistake of hunting mountain lions on a legal hunt in Idaho. He made another mistake of taking a mountain lion on that hunt. When a photo was run in the Western Outdoor News, he took major newspaper heat from HSUS, the Sierra Club, various Democratic legislators and the Lieutenant Governor of California. Note, all this guy did was go hunting.

In most states, Fish and Game Commissions are made up of hunters and fisherman. Going hunting would not upset Commissioners in most states, but California is California. Maybe there are, or were, things going on here that we don’t know about and this hunt was just an excuse to relieve him of his duties. Regardless, Richards is history and the antis have taken another step toward ending hunting. I believe California is also considering changing the name of their board to eliminate the word ‘game’. Gosh we can’t have that name on a wildlife board.

Have you noticed how many cities in California are filing for bankruptcy or bail outs? And have you noticed that the state itself is in big fiscal trouble. Could it be because they waste tons of money on issues that are not needing remedial work? Can you imagine if we fired the heads of most state wildlife commissions because they went hunting? Final question . . . do you think the number of hunters will ever go up in California? Many California hunters can’t wait to cross the state line to get away from that stifling animal-rights filled environment.

Does this example give you an inkling as to why hunter numbers on the rise is a really big deal. In the environment in which we live, more hunters are a very, very, very good thing.