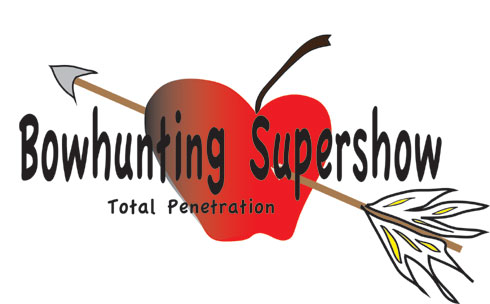 It’s finally here – a MEGA-SHOW dedicated entirely to bowhunting! The show is brought to you by Stan Chiras, the originator of the first Bowhunting Trade Show.

No stranger to the sport, Stan first brought the archery-only show concept to the industry in 1990. Stan also started Archery Industry Magazine (AIM), was an active outdoor writer during the ’90’s, an endorser of products and remains a dedicated lifelong bowhunter. The Bowhunting Supershow promises to become the flagship event for the industry and most importantly, for the consumer.

The show will be held March 8-10 at the I-X Center in Cleveland, Ohio. Centrally located to over two million licensed bowhunters, this exciting event promises to attract bowbenders by the tens of thousands. The concept of an archery-only show is totally unique so the manufacturers will enjoy meeting hordes of serious archers and bowhunters in a way never seen before.

An evening forum program will feature some of bowhuntings’ most famous names; such as Chuck Adams, Fred Eichler, Dan Perez, Tom Nelson, members of the Drury Team, and Gene and Barry Wensel, to name a few. The forums will be primarily a Q&A format, to assure active audience participation; followed by autograph sessions with bowhunting’s greats. A “Women in Bowhunting” forum is also planned, moderated by experienced bowhunter Michele Eichler, formerly of Muzzy Broadheads. A traditional forum will be staged for hunters wishing to expand their challenge level in the sport.

Ample shooting booths will provide opportunities to enjoy hands-on experience with a vast array of equipment. Nothing beats actually trying new bows, and the Bowhunting Supershow will provide opportunities for an endless array of equipment – from longbows to recurves to compounds to crossbows and every imaginable accessory -to be tried out firsthand. It doesn’t get any better than that!

Archery dealers are also welcome to the show, with free admission (to licensed archery dealers) during all show days. Stan’s Bowhunting Trade Shows were always run with a down-home family atmosphere which served the industry well; leading to the events’ incredible success and popularity. The Show was eventually sold to the industry trade organization and now the dream of a similar show for bowhunters has become a reality.

The Bowhunting Supershow promises to become one of the most exciting events in the history of our great sport. Make your plans to attend by visiting www.bowhuntingsupershow.com today.