Back At Secret Water Seep 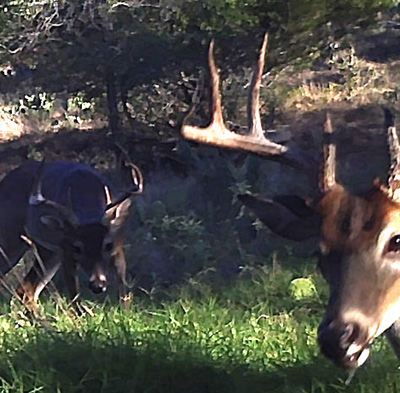 After seeing the bomber buck in the Secret Water area I, of course, returned. The next morning two does were the first deer in the water area. Then an 8-point walked in from my left and drank some water. 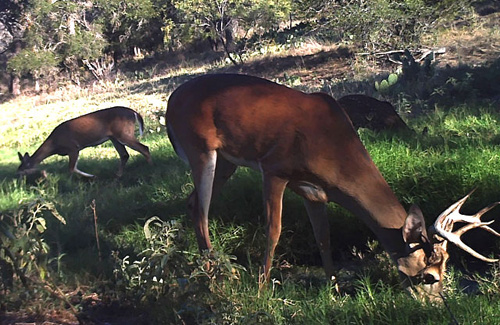 When he put his head up to look around the area I took another picture of him. He is only 9 or 10 yards from my ground blind. 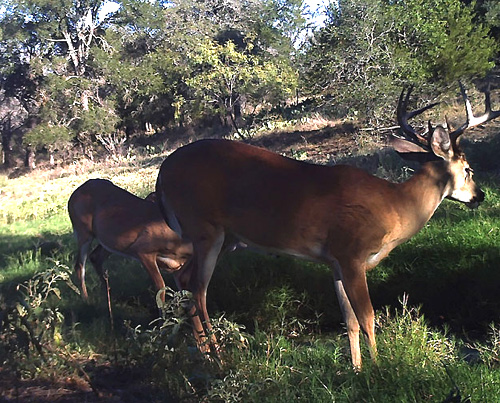 After he drank briefly he walked back to the left and went out of my view. A couple of minutes later another buck walked out of the trees up the hill and when he got closer I framed him up in the camera lense. Just as I took his picture the first 8-point walked around the right side of my blind and his head appeared in my view finder. He had walked completely around my ground blind. 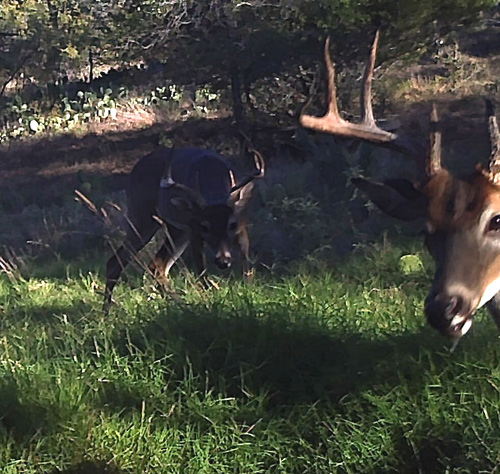 They both moved away and went out of view behind my blind. That was it for that day.

The next morning began with two does, one was a this years’s fawn that still had spots. 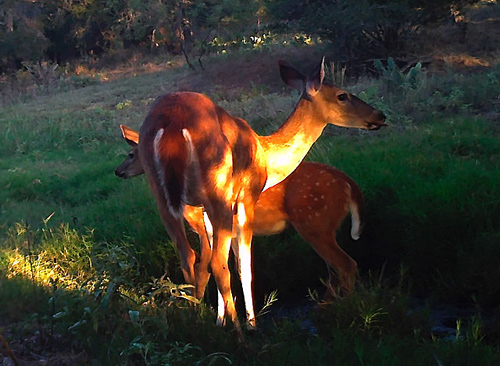 The does hung out and drank water and then the saw something I could’t see and trotted off up the hill. A few seconds later the 8-point came up and watched them go. 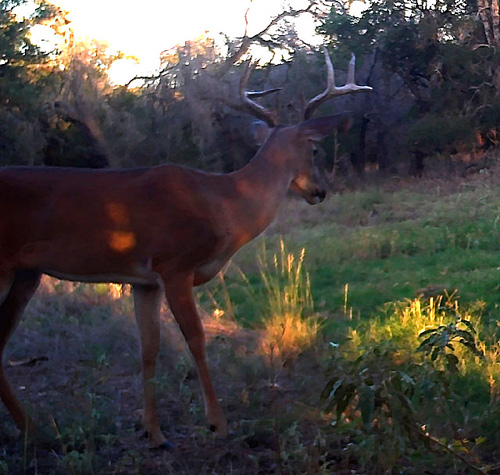 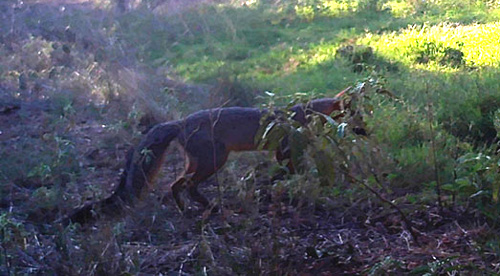 I don’t have a game camera in this area now but earler when I did I noticed a gray fox several times, usually at night. But right now he came up in the daylight. He didn’t see any fox-food and kept on going.

The sun moved above the trees and lit the area up better and the doe and fawn returned to drink water and browse on the lush greenery by the water seep. 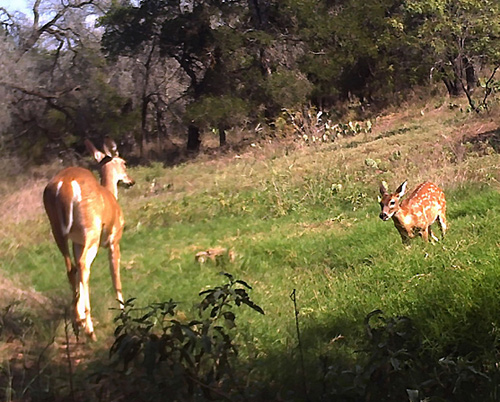 This weekend my hunting buddies Robbie Cramer and Billy Don Van Cleave are coming down to hunt.

Hunting with the Moo Cow Decoy