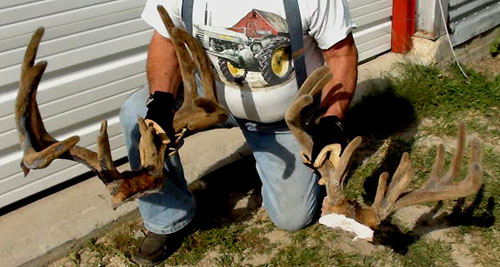 This year has been an unusually hot, dry year in Nebraska. Crops lost, grass lands drying up, basicly a real sad situation for farmers and ranchers. Now it has affected the deer herds also.

Unfortunately we have an outbreak of EHD (Epizootic Hemorrhagic Disease). It is a viral disease that spreads from deer to deer from the bite of a small insect known as a midge. The disease kills through hemorrhaging through the body. It is similar to BLU, otherwise known as Blue Tounge.

My ranch, where Robert Hogue and Fred Lutger spend their time turkey hunting, has been hit hard by this outbreak. At preasent, I have found six dead deer, three big does and three bucks. Two of the bucks would be in the 140 to 150 class, another smaller ten in the 125 class was found yesterday.

Unfortunately the larger buck is one that I have pics of from my trail cam from last year and I was hoping to hunt this yr. 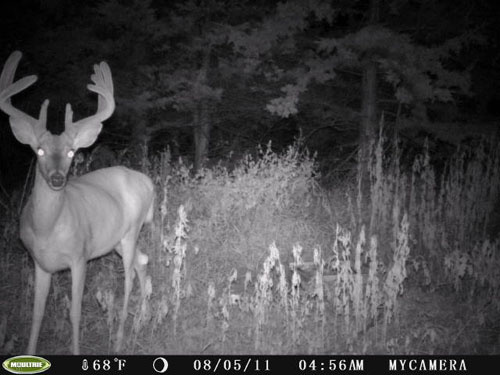 Mother nature can be cruel at times, and yet it is a way at keeping nature at a balance.

If you are planning a hunt in Nebraska, check with your host or hunting lodge to see if this has been an impact on their deer herds.

Their are still a lot of deer here, and if you do hunt remember that EHD is not a threat to humans.