This Morning’s Hunt Report (with Pics) 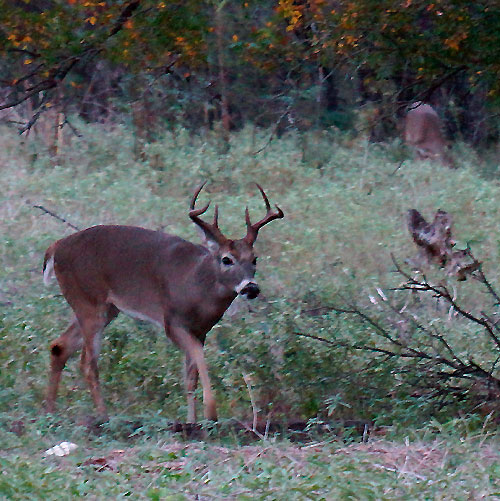 I sat in the dark waiting for sunlight. It finally came and when the light was good I noticed a buck standing still about 60 yards away. He looked around for a couple of minutes. 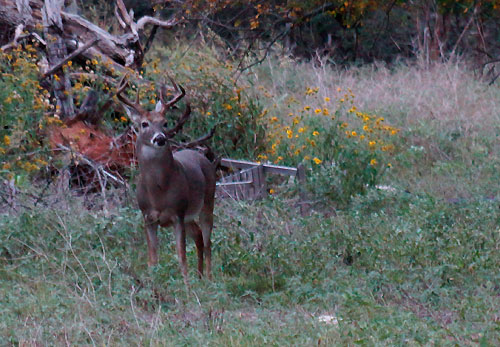 Then he started on the move. Up until now I thought he was an 8-pointer but after he took a few steps I realized he was a hefty 6-point. 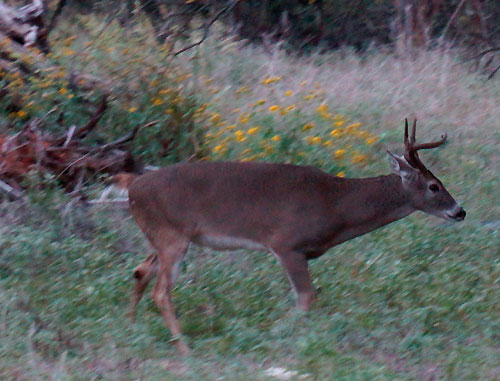 As he walked along, in my general direction, I noticed a doe step out of the trees behind him. 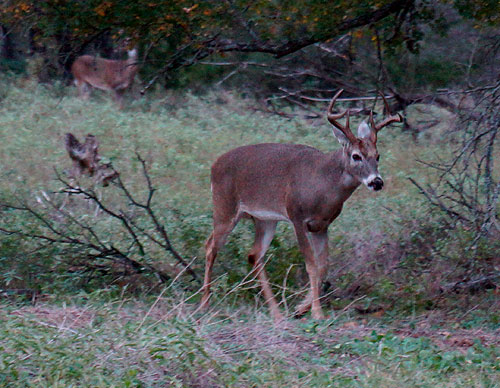 He cruse by my blind at 15 yards and continued at a leisurely pace. 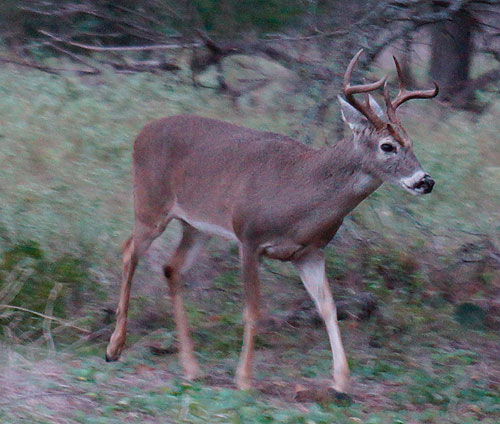 He turned left and went into the surrounding nearby strip of woods. I took some more pictures. (Right now, in the picture below, he is 40 yards away.) 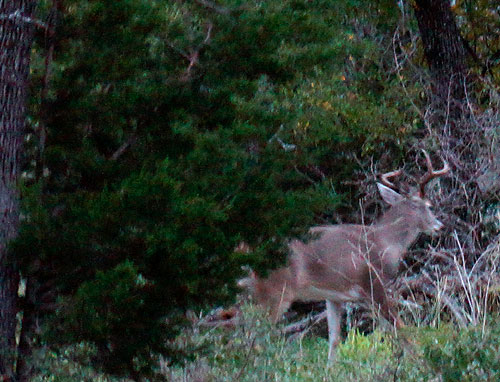 The buck continued on through the strip of woods. 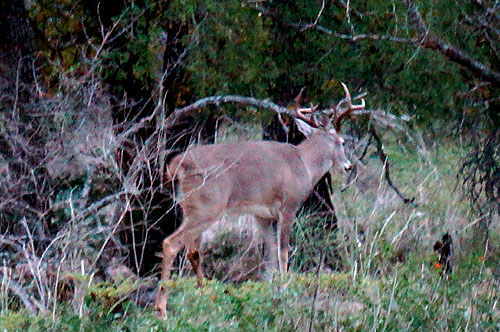 Then he disappeared for a short while. When I saw him again he was headed toward a scrape on the hill to the south east. Once there he grabbed an overhanging branch in his teeth and worked the limb vigorously. 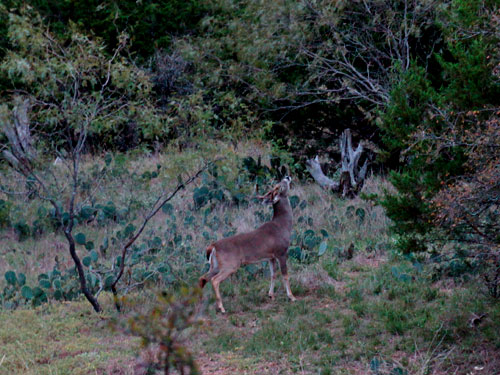 So I put my camera in Zoom mode and took some more pics.

MidwayUSA Welcomes Back Governor Nixon for Share the Harvest