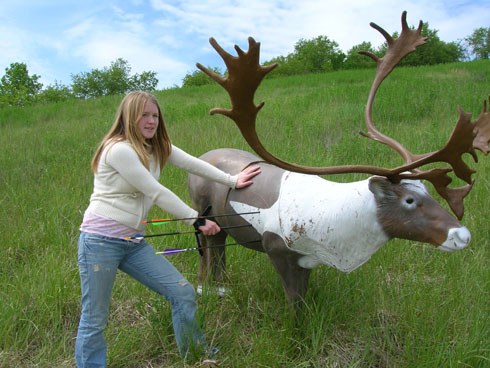 Sequestration will lead to many losses, including those shooting sports programs run or assisted by the state wildlife agencies.

It’s called “sequestering.” That’s a term you’ve been reading about in the news related to the nations huge and growing ($4 billion a day, $2 million a minute) debt. Sequestering means that something (in this case it is money) is set aside or “sequestered.” What will happen here is that money will be frozen, set aside if you will, until our debt is paid.

As you read this column, the election is over and we have  the same President whose policies really helped get us in this fix and sadly not the one left who could have helped get us out of this fix. Democratic leaders blame the Congress. Others (me for one) blame a President who couldn’t get anyone in Congress to work together, to compromise, in part because the President doesn’t compromise.

Regardless of all of this, sequestering is looming and if it happens, hunters and fishermen will be the losers. Here is why. On January 2, 2013 a wide array of government budget reductions will take effect unless Congress can come up with a plan to eliminate $1.2 trillion from the debt over the next ten years. In the last debate, President Obama said that sequestering would not happen. Interesting because this is not something he can stop, unless he becomes a leader and gets both parties to reach a deal. He hasn’t been able to do that on most things. The Democrats all vote for what Obama wants passed (eg. Obamacare), while the Republicans all vote against them. No compromise from either side.

Where do sportsmen fit in all this? Most of you know that there is a federal excise tax on most hunting and fishing equipment. For over 50 years that tax has literally been the major funding for state fish and wildlife agency programs. Combined with hunting and fishing license monies these taxes raise billions of dollars, but some of those funds are now on the hit list. In fact, if Congress doesn’t fix this before January 2nd , then the $31 million in Pittman-Robertson funds (paid by hunters) will be sequestered, and $34 million of Dingell-Johnson funds (paid by fishermen) will also be sequestered. Those numbers represent about 10 percent of the total available to all the states.

It’s a bit more complicated than this, but let’s assume that states will get 10 percent less funding from these sportsmen’s taxes in 2013. Remember that many states use these federal excise taxes for over half of their budget. Some states use these taxes and their license monies for almost all of their budget. So, cutting 10 percent is a major loss in funding and in their programs. Obviously in states that rely heavily on excise taxes, the loss would be catastrophic.

This means that states will cut back on things such as boat ramp construction, hunter education classes, law enforcement, National Archery in the Schools leadership, trout stocking, research, wetlands monitoring, habitat restoration, etc. States will have to access all the services they provide and decide where to eliminate 10 percent of them. Some may wipe out entire programs. Some may lay off people. Some may take funds from several areas. But 10 percent will be lost. Remember, this loss comes at a time when the economy has already led to state wildlife and fish agencies having to cut back. The non-excise monies some states get from general state revenues has been cut back. Some state fish and wildlife agencies have already seen a loss of 10 percent of their budget, and now we are eliminating another 10 percent.

And the bad news is that these sequestration cuts go on for 10 years. This will cripple what these agencies do for wildlife and fish, and obviously hunting and fishing. In fact, this sequestration will lower the number of hunters and fishermen, and thus do the exact opposite of what Congress intended. They want to “save” money, to lower the deficit. Instead, the loss of hunters and fishermen will mean less money for sporting goods stores, motels, trucks, gasoline, hunting and fishing industries, etc.

Now, the laws that created these excise taxes can’t be violated. Those funds cannot be spent on anything but wildlife and fisheries via the various state wildlife and fish agencies. So, they will sit there until sequestration ends. In the meantime, programs that for years have paid their own way, will be crippled. It is hard to imagine what these cuts will do in your state, but you will notice them. If not the first year, then the second, and third, and fourth, etc.

I sure hope the November 6th election changed the direction we’ve been going for four years.

The Buck And Doe Boogie