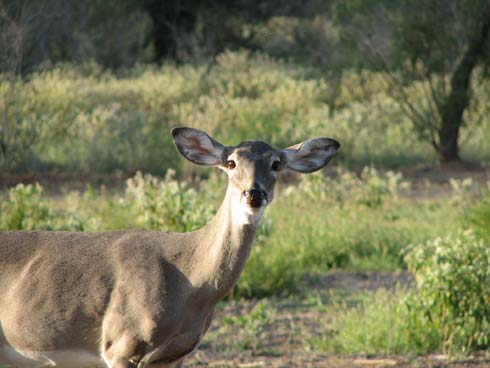 That nose pointed at you is the best in the business. It can see over a hill and through a thicket.

I love learning about the whitetails we hunt. What I recently learned new details about their incredible nose will amaze you. You already know that their sense of smell is their number one defense against predators. You are about to learn some of the biology and physiology that makes that nose a super nose.

I like to tell you that all of this research was done on whitetail deer but it wasn’t. Much of it was conducted on dogs but the parallels are significant. Some of the research was done in Europe and published in the Journal of the Royal Society Interface and some at Penn State University and the University of Georgia. It is quite techie at times so I’m going to bubba-size it for us so it’s understandable. To confirm the anatomical parts of the story I dissected a whitetail nose and took pictures so you could see the parts I’m referring to.

First, allow me to set up the efficiency of a whitetail nose by comparing it to the best smeller in the canine world…a bloodhound. This is the tracking dog we use to catch bad guys. A bloodhound has about 300,000,000 scent receptors in his nose. A whitetail has about 270,000,000 making them at least comparable to a bloodhound. Humans have 5-million receptors and they are not as specialized.

Like a dog, a deer has a pair of nostrils that bring air into its nose. Once inhaled, it enters into a world of sophisticated networks of detection cells called olfactory receptors. These specialized cells carpet the interior of a deer’s nose. They make up a layer of epithelium (surface) mucus membrane. What I found especially interesting is how God packed so many these cells into such a small area. The system is a series of four primary scrolls of tissue called turbinate bones, which aren’t bones at all but rather a flexible cartilage like substance. These lay in the nasal cavity like rifle shells in a magazine.

Two sets of scrolls are lined up head to tail on each side of the nasal cavity. Each when opened or unscrolled accounts for a huge surface area. Each is carpeted with millions of receptor cells. Air is brought across these specialized olfactory receptors every time a deer breaths in. Scent molecules stick to this mucus layer. The molecules are dissolved and are then sent to the scent receptor cells for ultimate identification.

Under the scrolls, there is an additional deep channel that air courses through to get further back into the nasal cavity. Behind the scrolls is another maze of honeycombed chambers called the olfactory recess. This convoluted network of air tubes are lined with receptor cells and are only found in animals that have a highly developed sense of smell. These odor molecules are chemically decoded and sent as information to the brain via the olfactory nerve bundle to the olfactory lobe of their brain.

One more amazing organ is connected to the nose of a whitetail and it’s called the Jacobson’s organ (Vomeronasal Organ). This is the structure that is employed in the lip curling behavior associated with sexual behaviors and the rut. It is actually a pair of long narrow fluid filled sacs that open into the front roof of the mouth. The mechanism for Identifying odors is a little different with the Jacobson’s Organ. Here scent molecules are dissolved in a liquid and then the chemical signals they give off are decoded in the hypothalamus portion of the brain where sex issues are addressed.

What exactly is this human scent anyhow? We know dogs and deer can ID it in a heartbeat. Human odor is the byproduct of human specific bacteria digesting skin cells that drop off our bodies like a snowstorm when we move. Then the odor molecules become volatile or airborne. The trail of skin cells you leave behind sends off “smoke signals” that don’t only smell human…they smell individually like you. That is how a tracking dog can follow you alone once imprinted with your odor.

How can we as hunters combat this? You can scrub/wash your body with an abrasive glove while using Sport-Wash Hair and Body Soap. It’s and engineered soap with a straight carbon chain that leaves no residue and rinses totally clean. Next, spray down before you leave the shower with N-O-DOR spray, which is an oxidizing spray that uses simple and safe chemistry to hammer the skin bacteria. Most hunters don’t know how to address human odor but you now do. Now get dressed and hunt.
Here are a few more bits of mind-blowing info we know about dogs that deer may also share. A dog can follow a trail by judging the strength of scent coming into each individual nostril and therefore stay on the center of a trail. Is that how a deer follows a trail as well?

Dogs are easier to work with and research than deer because they like pets and treats. Therefore, most of the behavioral testing is done on dogs. In tests with Fido we have learned that they can detect chemical odors that form only one part per trillion. In one research project, dogs have been trained to detect cancer in humans. Their efficiency rate is over 90% and higher than medical testing. Deer have about the same amount of olfactory receptors!

Finally here is how small a sample of one part per trillion is. If you took barrels and filled them with apples, you’d have about 700 apples per barrel. A barrel is about 3-feet tall. A trillion apples would fill enough barrels that if stacked end to end, they would reach to the moon five times. We know that a dog, and maybe a deer, could detect one bad apple in all of those barrels.

My advice to hunters trying to outsmart a deer’s nose is easy. Do everything you can to eliminate human odor… and then try to hunt down-wind. 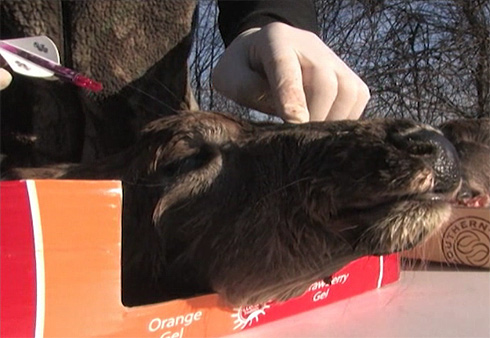 Sport-Wash –  The world’s only engineered detergent and soap. I rely on it. Remember…The only thing a deer can’t smell is nothing.

ScentBlocker Secrets of the Pro’s #4