by Ted Nugent
in Bowhunting Posts
0 0
1 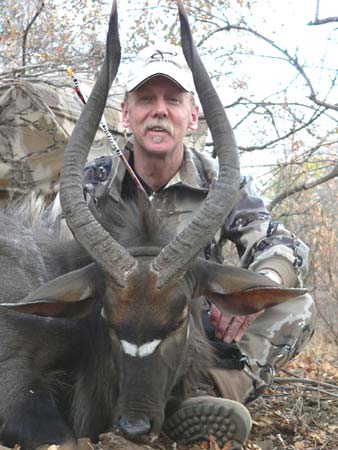 I would like to introduce my fellow hunters to a great American and wonderful Texan.

I first met Tony Dukes way back in the roaring 70s in the wild world of rock-n-roll. As a respected bass player and guitar aficionado, Tony had earned a great reputation in the musical world for performing real down home all American blues and rhythm and blues, and probably more importantly, identifying, finding and selling vintage Gibson Les Paul guitars way before the rest of the world figured out their unique and about to explode values. I bought two world class collectables from him back then, and they are now worth about fifty times what I paid for them.

That intense musical connection would have been more than enough to establish a solid friendship with this spunky Texan, but as the song says, I want the best of both worlds, and Tony Dukes was a lifelong hunter of the highest order, so to say we struck it off immediately would be a gross understatement.

Before our 40 year jam session was even started, plans were set in stone for Tony to introduce this Motown North woods bowhunter to the incredible hunting opportunities of the mighty Lone Star State, and clearly I haven’t been the same since.

Tony was a master marksman with his pre-64 Winchester model 70 .264 Winchester magnum, a savvy, stealthy hunter and a classic ambassador and promoter for his beloved Texas. Many a glowing campfire was shared with Tony, his parents Faye and Nelson Dukes, along with my dad Warren Nugent and my son Toby and daughter Sasha. Sasha killed her first beautiful Texas whitetail buck near Rock Springs in the winter of 1981 on Seco Mayfield’s ranch and it hangs on the wall to this day.

I suppose if you are looking to blame someone for bringing me to Texas, Tony would be more than happy to shoulder the responsibility. Texas is special, and I’ve never met anyone who better represents the genuine neighborliness and friendly hospitality like Tony did.

On this dark, rainy morning, the first in many months too nasty to be in my treestand, the drought busting rains finally comes just as Tony leaves. His long time pain is gone now, his heartbreaking frustration from not being well enough to hunt finally over, Tony died last night in his hospice bed in Dallas, at 5pm. I was in my stand at the time, and there was a defining silence to the Texas Hill Country that Tony so loved.

In his final years after being diagnosed with terminal health complications, Tony didn’t back down on his indefatigable efforts to help the heroes of the US Military, but rather increased his nonstop charitable activities to give back to those most deserving human beings that sacrificed dearly for freedom.

Tony had organized many hunting trips and events for the wounded warriors and their families, even producing his Red White and Blue television series to bring much needed relief and joy to the heroes. We all know that the great outdoors and especially our sacred hunting time does indeed cleanse the soul, and the temporary and extended relief brought to the lives of the heroes as organized by Tony represented God’s work at its best.

Tony’s body had been hit hard for a long time by his deteriorating health issues, but his warrior spirit actually got stronger, and he fought hard right up to the very end.

We will go to Tony’s favorite honey-hole hunting locations around Texas, find a good shady spot where the sun is at his back, the wind in his face and with a killer view of game trails pounded into the rich Texas soil and rock. We will spread his ashes upon these sacred grounds and hunt with him forever. Tony was one lucky deer hunter and I have a feeling that his luck will permeate these areas. I look forward to hunting at his side and using some of that Tony Dukes luck every chance I can.

I wanted to be sure you knew this definitive Texas deer hunter, because Tony brought much spirit and positive energy wherever he went. Please remember the name Tony Dukes. He was a great man, a great American, a killer Texan, talented musician, amazing hunter, and a man with a heart of gold that gave and gave and gave and gave. Tony Dukes; from San Angelo, Texas. Remember his name. Adios mi amigo. In the Texas wind, he’s still alive. Very 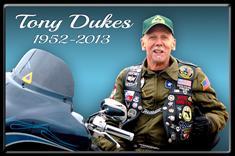