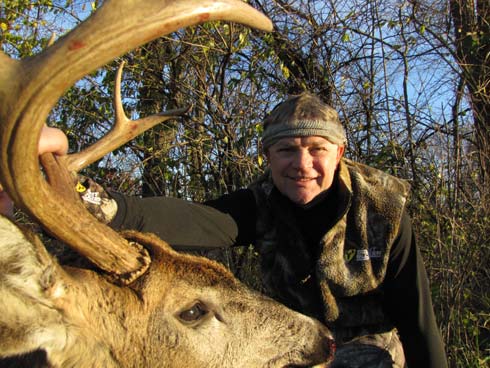 Soon you tag that buck.

Ever wonder why that blood trail dried up so fast and you lost the buck? I have an answer. The wound clotted quickly and allowed the buck to survive. There is some basic animal physiology and biology involved… it is very basic. A dull broadhead makes a raged wound and those wounds clot very rapidly. Thus, another hit-and-lost animal. On the other hand, a cut made by a razor sharp broadhead, blade of grass or Gillette Razor, bleeds freely. You can’t get those cuts to stop bleeding. Here’s why we bleed.

Fact is, with a deer, the broadhead may not have been dull when you shot it but by the time it got into vital tissue, the blades were dulled. Here is how that happens. If you are shooting one of the open-on-impact broadheads the blades deploy too early. They are dulled by cutting through hair, hide, some meat then ribs. By the time it gets to the vitals it may be as dull as a butter knife.

Deer are well suited to remedy ragged wounds. They have amped up clotting capacity during the rut to stop blood loss caused by antlers during fighting. They don’t know a dull broadhead from an antler puncture. They just clot it quickly and survive.

Arteries are the pressurized pipes carrying blood away from the heart. They have 4 layers and are tough. If you cut an artery, arterioles or even slice into a capillarity bed the same thing happens. First, alarm proteins are released at the cut site. If the cut site is ragged then large numbers of alarm proteins are summoned. They begin the clotting process by calling in platelets and fibrin to cover and seal the wound. Quickly you have a clot and blood flow/loss is stopped.

Now you have an artery that is sliced with scalpel sharpness. Instead of many alarm proteins being released you have very few. Now the blood flows freely. The platelets show up in low numbers and the fibrin that seals the wound is barely called up. Now you have a real bleeder. Dial 911. You have a defined blood trail.

Next we are off to the testing lab. I first revealed this rubber-band demo in 1986 in a video titled, “Bowhunting Hungry Black Bears.” The same holds true today. For the test, we first shot two broadheads through a steer shoulder blade. They both made it through. One was damaged by the bone. It’s once-sharp edge was compromised. The other one was still razor sharp. 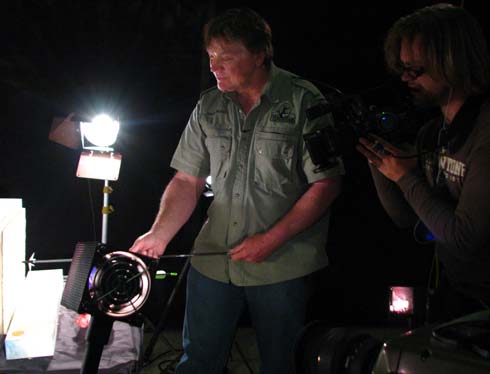 Next, I pushed a open-on-contact broadhead, that we’d shot through the same shoulder bone, through the same rubber bands. The dull blades pushed the elastic bands out of the way. Few were cut. The ones that were cut displayed a ragged cut path. This would clot quickly due to the rapid summoning of alarm proteins, platelets and fibrin.

This is the science of slice. You either get a razor blade cut that bleeds or you get a ragged dull cut that clots. It’s your choice. One way to look at this is that if you chose to hunt with a broadhead that gets dull during entry… you get to hunt more, because you never find your buck. I guess that’s not a good thing after all. 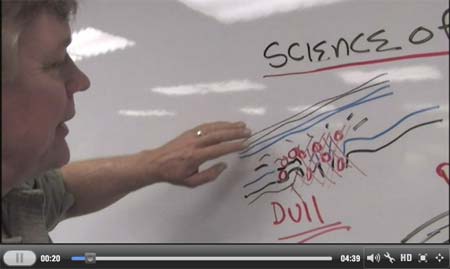 We conducted this test in the lab with a slow motion camera. Click here and watch it.