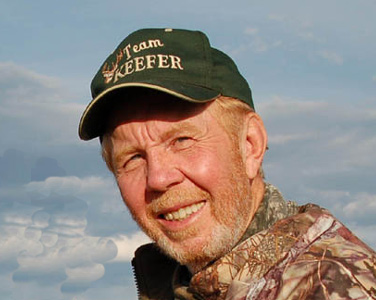 For some time now, on Bowhunting.net, I’ve been writing reviews of products I’ve used in the field with favorable results.  This is a continuation of my annual reviews.  These products have been used by me and my wife on our hunts throughout this past year.  This year the hunts included Tule elk, whitetail and mule deer.  My intent is to let you know of things that worked for me and save you some time and money as you consider items to have in your bag.

I’ve been a Mathews fan for years because of their reliability, quality of design and construction, and smoothness of the draw cycle.  The Helim is another example of all of the traits Mathews has become known for incorporating in their bows.

The Helim solo cam bow is light weight, only 3.5 pounds.  It measures 30” from axle to axle, so it’s fairly short and great for release shooters.  I found the length to be perfect for stalking, tree stand hunting or using in a blind.  Its accuracy is excellent despite the fairly short axle to axle. The 7” brace height is forgiving when I get a less than desired release.

The bow comes in 26-30” draw lengths and can be purchased in ½” increment cams.  I draw 26” and 52 lbs. and the bow yielded speeds around 250-260 fps with my short draw and low poundage.  This might seem low but I managed to shoot an arrow completely through an elk with the arrow stopping at the fletching on a broadside shot.

Summary – a great bow with an extremely smooth draw.

MATHEWS WEB T-SERIES QUIVER
The Mathews has a quick snap attachment system which truly makes it a snap to attach or detach it from your bow.  It is light weight even with five arrows.  It can also be bought in a three arrow version.  After a full season of using the quiver I didn’t experience any looseness or vibrations when shooting my bow.  That including lots of practice, since I always shoot with the quiver attached.  The quiver works well with all sizes of arrows including the new ultra small diameter shafts.

VaporTrail, I believe, was the first company to introduce arrow rests which operate off the action of the bow’s limbs.  The limb driven technology has two main benefits.  The arrow rest stays in contact with the arrow for more of the shot cycle to give the arrow the best flight.  And you don’t get the bounce back you experience with some rests.

It must be a pretty good design because I’ve noticed that other manufacturers are following suit and now offer rests with this technology.  After using them on three different bows over a two year period, I’ve come to trust and rely on them. 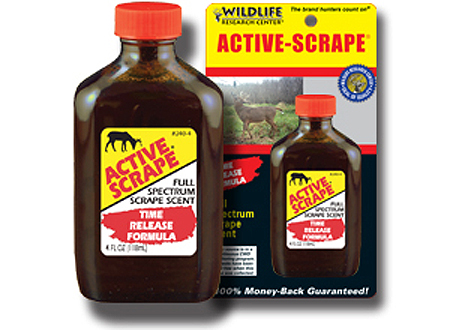 One of the things I enjoy doing on my farm is making mock scrapes.  I’ve been doing it for several years now and love to see what kind of buck activity I can trigger by making them in my hunting spots.  Couple that with trail cameras and you can get some exciting pictures of the critters living in your area.

The Active-Scrape has the right ingredients to incite bucks into making their own scrapes to show other bucks that they are around.  If you’re not doing it, you’re missing out on one of the unique aspects of hunting whitetails.

Try it and I don’t think you’ll be disappointed.

Grunt calling for bucks is a productive wall to draw the big bucks in to your stand.  I look forward to that time of the year when bucks are beginning to rut and are aggressive toward other bucks intruding on their area.   This year I tried another call that is unique and simple to use.  The deer walking call bag is used by squeezing it rhythmically in a cadence like a deer walking.  The trick in using it is to grunt and then squeeze the bag simulating a deer walking.  Bucks hear it and assume another buck is trying to take over their area.

If you’re looking for a twist in calling bucks you might give it a try.  It’s reasonably price so you don’t have a lot to lose and it could bring one of the big boys in to you.

I’ll briefly mention some of my old standbys which I routinely carry with me on my trips.  HECS Stealthscreen clothing doesn’t take up much space in my bag and I believe it offers me an advantage in getting close to critters.  If you search this website you’ll find articles by me and others vouching for its credibility.  Give it a try. 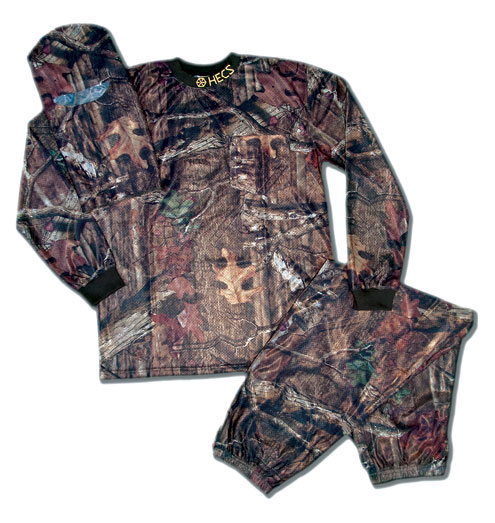 RazorTrick broadheads have a cut on contact head which I believe is important when shooting low poundage as I do.  They have enabled me to bring home deer, elk and moose so while fix it if it ain’t broke.  I’ll be using them again this year.

Nikon rangefinders are the only ones I’ve found to give me accurate readings through the mesh on a hunting blind.  I’ve owned several of them and will continue to use them to help me measure yardage.

Lakewood bow cases are tough and have withstood the test of use and abuse.  I now have two of them.

Well that’s about it for this year.  I’m fletching arrows now and planning this year’s hunts.  We bought a new farm in Missouri and I’ll be busy making food plots, bedding areas, trails and putting up treestands this summer.  I’ll let you know how our new project goes later in the year.  Until then good hunting and may all of your shots be true.