by Marc Anthony
in Bowhunting Gear
0 0
A A
0 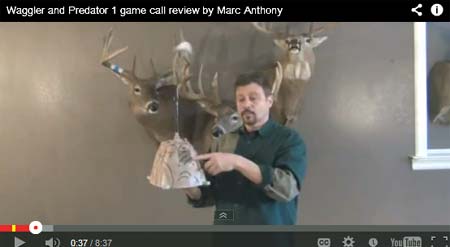 Back in the old days, hunting predators was popular primarily because the pelts of raccoon and coyote were worth a great deal more than they are today. As the interest in hunting them slowly faded, an increase in pressure on our game animals climbed up the echelon. From the west to the east, predators are wiping out once thriving populations of turkeys, pheasants and whitetails. (I won’t mention the added destruction from the introduction of the wolf and how it has contributed to the disaster!)

Now outdoorsmen/women are more aware than ever of how to manage for quality game animals with food plots and selective shooting but what many are forgetting is the other half of the equation; predator control! With a predator population seemingly running out of hand, you can manage all year long and still have difficulty achieving your goals. Predators rob nests, hunt fawns and are always a threat to your wild game. Look at them as an unwanted hunting party that are always blowing opportunities for you and you’ll quickly see why they need to be harvested too!

The tools of the trade when I hunted coyotes in my youth, was a hand held “reed” type call that you blew into or a tape recording of a rabbit in distress. Thanks to better technology and innovation, several companies have created electronic calling devices that allow hand-free use in addition to giving the hunter total control of the device from afar. One of those companies is Cass Creek.

Cass Creek sent me 2 of their popular game calling systems to review; the Waggler and the Predator 1. The Waggler has three main functions. It shows motion, disperses scent and creates audio. 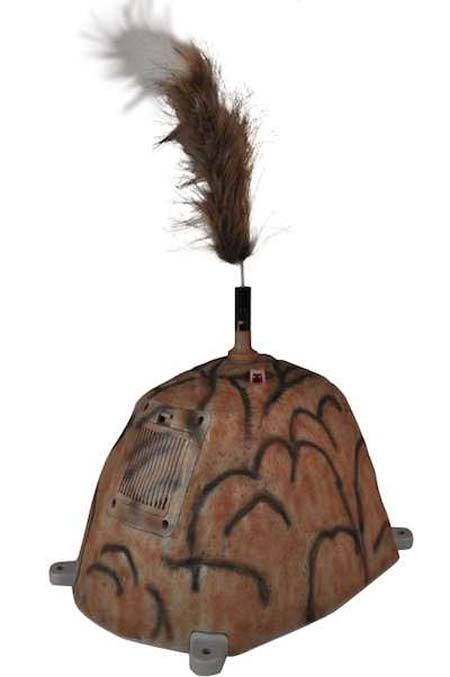 The Waggler is run by three “D” size batteries in the main unit and 2 “AAA” batteries in the remote control unit. It has several pre-loaded sounds in addition to several movement options. It also has a built-in fan, and with the command of a button, that fan will blow air through a scent pad (provided by the user) dispersing the scent of your choice. It gives the user three different modes, in the hand held controller, that will allow you to choose your “bait” in addition to allowing you to adjust the movement of the tail.

You can also hybrid the sounds and movements together to make it sound as busy as you want. I mimicked a total frenzy at one point and then dialed it down to a mere animal in distress. It’s a complete predator nightmare, that is, if you’re using one of these Wagglers! It retails about $100.00 online and is well worth it. Cass Creek, the manufacturer, is from Michigan and also sell an assortment of other game calls and accessories.

The Predator 1, which is also manufactured by Cass Creek, is a hand held device only with pre-loaded sounds. It runs on 2 “AAA” batteries and has a clip that will easily attach to your pockets or pants for convenience. 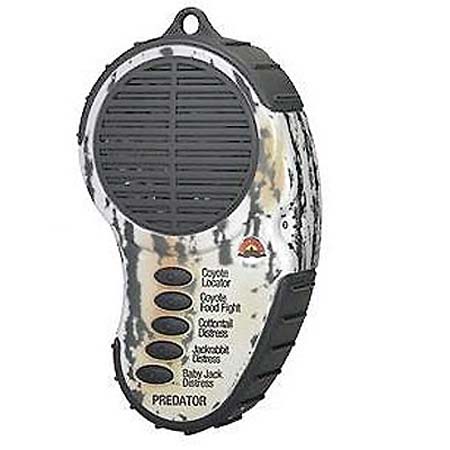 Surprisingly so, this little pocket-of-screams really reaches out there! In fact while I was testing it, I had several people drop what they were doing from about 90 yards away and look in the timber to see what what the commotion was. Even after I waved my arms letting them know it was me, they still had a hard time comprehending that the sound came from this little guy.

The Predator 1 retails online for about $30.00. It’s well worth the money too!

I give both products a thumbs up! If you would like to watch it in action, please feel free to watch the attached video. Now’s the time to get out and thin some of those predators from your hunting areas before the fawns are born and the birds lay their eggs!

For more from Marc please go to:

Rinse-Free – When Water is Not an Option

Rinse-Free - When Water is Not an Option