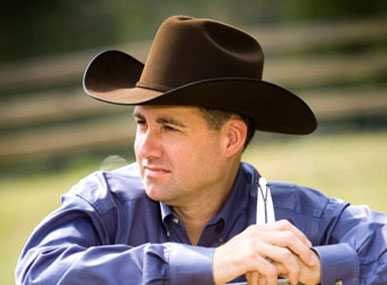 I remember seeing those “Where’s Waldo” posters years ago and was recently reminded of that when Chuck Adams called.  There was no reason for the call, he was just checking up on me.  Usually we run across each other on the show circuit or at the trade shows. We’ve been good friends for many, many years–back to the 1980’s.  He hadn’t seen me nor I him so Chuck called to touch base.  We visited for the better part of an hour and when we hung up, I knew then what my first column for Bowhunting.net needed to be for 2013.

If Chuck noticed I wasn’t my usual road warrior self,  others may have wondered the same thing.  So I suppose I’ll use this first official column to explain the past seven months or so.  I took some time off the road, off stage, and didn’t even really write much.  I still did some big shows and a few local ones, but I wasn’t the frequent flyer that I have been known to be.  I didn’t go show to show to show this winter.  I did a few select dates.So did I retire?  Quit?  Slow down do to age?  Have trouble booking gigs?  Afraid the younger exhibition shooters had taken over?

Nope.  My wife Amanda, son Gus and I welcomed a new baby boy into our family last June.  We found out Amanda was pregnant in the Fall of 2011 so I did not book heavily for the second half of 2012 or the first half of 2013.  Luke arrived in June and has been an added blessing for our growing family.  Gus is a great big brother.  I took time off the road in 2006 when Gus was born.  I feel very strongly that a new baby needs his family around and I want to be there for those early milestones.

I did several big shows including shows in Texas, Nebraska, and Ohio, Chicago and New York in the past year…so I wasn’t exactly loafing but I wasn’t hitting the circuit as hard as normal.  I politely encouraged the show promoters to give me one year and use me the following year.  I start traveling again this summer and fall, and my schedule will be pretty full for 2014. I wanted time off the road to be with my new son and also spend time with my wife and Gus.  I also wanted to give my columns a rest.  Rich Walton has helped keep the celebrity interviews rolling and I have helped with some of those but I wasn’t writing like normal this past year either.
While the reality TV stars are getting lots of bookings, my show seems to be as popular as ever. When you shoot baby aspirin and mustard seeds from behind the back, it’s a special niche market.  As far as the younger exhibition shooters, I welcome them because we are all different and we all have entertaining shows. There’s a special young man named Chris Hurt that I look for big things from.  He’s from a good family and he seems to have his head on straight.  I hear he is doing a great job as an exhibition shooter.  My show is what it is and thank goodness the phones still ring and audiences show up 28 years later.  I cannot believe this is my 28th year on stage and soon my 42nd year in archery.
Being off the road I have gained some ideas for new shots, new challenges, and I have also got to watch Gus do alot of shooting.  Recently this little six year old had his recurve in the indoor range with my dad.  I walked in and he said, “Watch this dad..” and proceeded to hit a balloon first shot.  I said, calmly even though I was excited he nailed the balloon, “Let’s see how good you really are.  Hit the piece of balloon that’s left now..” and believe it or not he proceeded to hit that little piece of balloon four out of five times.  I was impressed.  He then adds, “Dad, I’m a better shot than you and I’m also cuter.  I’ll book more shows..”  That made me smile.

As far as age, I am actually shooting as good as I ever did.  I guess I was born with the wind in my face because the travel and work of a showman’s life has never bothered me.  I am losing weight and will be ready for my summer schedule.  I think when you stay grounded and make sure you have plenty of family time it helps.  God blessed me with a great support system, my eyesight, and the ability to hit what I shoot at when I am on stage.

I am doing a very special show this Spring in Pleasonton, Texas at the Cowboy Fellowship Church.  I am really looking forward to this event.  I am also doing some Cabela’s appearances this summer and more big shows around the country.  I have two new Hoyt recurves and I can’t wait to show em off and do some new shots for the folks that come to see the show.  More on these shows later.  I just wanted to let my readers and friends know that the Aspirinbuster Show will be back on the circuit full time very soon.  It’s been a fun time with my family and I can’t wait to see if Luke is like Gus, who was shooting a bow by the time he was 18 months.
We’ll have a new website up very soon, which is another thing I’ve been able to think about and plan while I have had some down time.  So watch for me coming to a venue near you in the coming year…. Seeing is believing, see you at the show!
That’s the latest. Until next time, Adios and God Bless.
Shoot Straight,