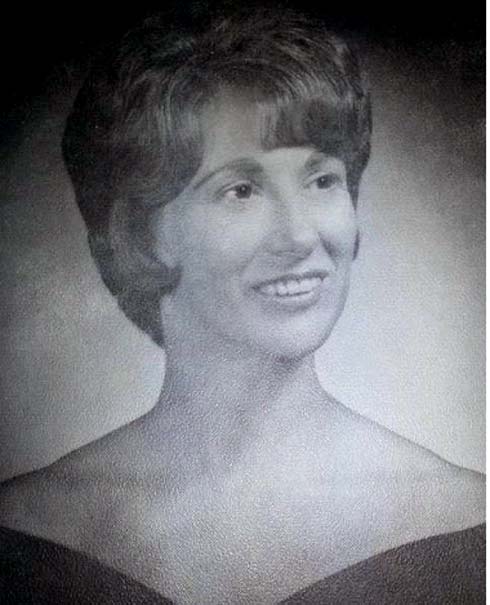 I have just learned of the passing of Betty McKinney, mother of World Famous Archery Champion Rick McKinney..

I knew Betty very well, not only as a competitor but leader, not only with her gifted children in Archery but also as an early JOAD coach.

We referred to her Muncee team as the Muncee Monsters, that was the nick name the Cincinnati Kids gave these fierce competitors. Our Cincinnati team led by Charlie and Mildred Pierson , the Akron, Ohio team leaders Edith and Bill Bednar knew what we had to contend with as far as competition was concerned. The Muncee Monsters were the ones to beat.

Betty was a rare breed, in addition to becoming a Professional Archery Champion herself, she worked in the family business, Paul’s Archery Range(her husband), in Muncie, Indiana. She coached not only her sons but countless other youngsters to become regular visitors to the the field of archery but to pursue their dreams of becoming champions. The JOAD clubs traveled many miles and the cost of many dollars from the parents. Betty also excelled in roller skating a field where I was very familiar. My mother and father were champion skaters, they met on the roller rinks around the city. Dad a champion speed skater, Mom a dancer. Dad was known as the Masked Marvel. My family and siblings were skaters very early in life.

The Professional Archery Association did not come into being until the 1960’s after all top amateurs who became overnight professionals. I was an early instrument in starting the PAA.

Be that be as it may. Life does not stop at being declared a Professional. I became a JOAD coach with the likes of George Helwig, Charlie and Mildred Pierson escorting the children around the country to tournaments that included the Ben Pearson Open and the Ann Marston Tournament.

Many years after heavy competitive archery I really turned Pro and earned my entire living from shooting my bow and arrows.

Betty continued her coaching and competitive shooting, excelling in all phases of archery, she made a name for her Joads but showed the World a fantastic World and Olympic Champion, her son, one of the Hall of Fame directors and winner of many National and World titles, Rick McKinney. One might say I grew old with Rick McKinney, I witnessed battle after battle on the tournament venues. I witnessed the triumph of winning and the agony of his defeat. But always the gentlemen that was taught to him by his mother Betty.

Betty continued sometime later after I retired from competitive archery to become a fierce competitor in the Professional Archery circuit.

In all years after competitive archery and doing the Professional Show Circuit I missed being a competitor.

Betty was one who encouraged me to shoot the 1976 Fleetwood Open in Cleveland Ohio.

After 11 years absence from Competition I entered the PAA 1976 Indoor National Championships and the Fleetway Open in Cleveland, Ohio

I think all Champions know the agony of defeat. But how many know, losing and winning one dozen arrows as consolation prize?

I placed 17th in that tournament but came out a winner because of Third place winner Betty McKinney
who wished me well and congratulated me on my prize. My score was 549.

Ann Butz won that tournament, now a Hall of Fame Member with a score of 583 and cash prize of $1000.00. Denise Libby was second with score of 579 to take home cash of $500.00. One point behind for third place was BETTY McKINNEY with a score of 578 a tie with two others. She took home $216.00. Betty won because of having more center shots. Margaret Tillberry was also in this tournament placing 8th with a score of 566 with take home Pro money of $105.00.

I bow to these many PAA Champions. My respect and admiration to all deserving potential Hall of Fame members. I pray my life will see them all inducted into the Archery Hall of Fame. I know what it takes to be there.

And to Betty Mckinney, God speed and you’re arrows proceed you as you enter the Kingdom of Heaven with all the other archers leading you on your way. You were a pleasure to know.

Dear Rick, I am so pleased to have been blessed to have known your family and you. 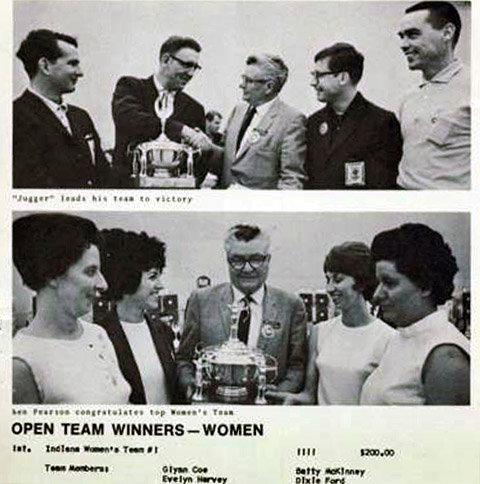 A Tribute to Mom: She was a gentle soul who mainly stayed in the background, raising 6 kids, taking care of the household, shooting her bow and arrow, running her own beauty salon in house, being the secretary of the Indiana Field Archery Association (1200 members) and keeping the books of Paul’s Archery while coaching and inspiring 100’s of the Munsee Olympian JOAD archers. Her first love was dance roller skating. Since the family headed towards the sport of archery, she reluctantly set her skates to the side and picked up the bow and arrow. In less than three years, she became the NFAA Barebow National Field Champion (1967). She put sights on her bow and traveled the Professional Archery Association tour winning the Ann Marston Memorial and other major events. She finished 2nd at the PAA National Outdoor Championships finishing behind one of the greatest female archers to ever shoot a bow and arrow. Her easy smile and friendly manner is what most remember. Some had to deal with her fierce competitiveness when on the shooting line (where do you think I got that attitude?). She encouraged hundreds of kids at Paul’s Archery Center for years. I think one of her proudest moments was when Becky Liggett carried the torch for the Indianapolis Olympic Festival. Becky won several national events and received an archery scholarship to Arizona State University. Eventually mom gave up the bow and arrow and went back to dance skating. She won her silver bars in her 70’s. She was so excited about dancing again and continued on until she could no longer skate. I will never forget our discussions over the years. She was always positive, encouraging and had a gentle heart. Rest in peace mom. You lived a full and wonderful life.