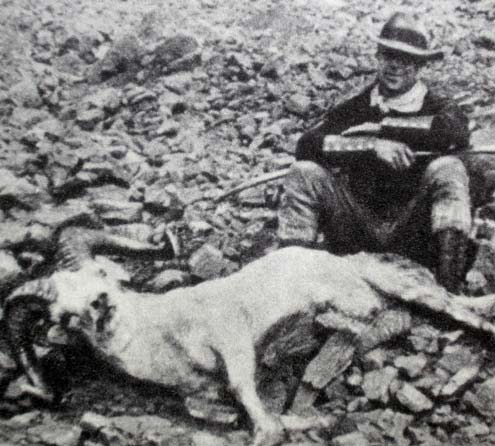 THE OLDEST MOUNT on display was this Dall's ram taken by Art Young during a 1923 Alaskan bowhunt. Young's Alaska hunts were captured on film and released as the movie, Alaskan Adventures. The feature film influenced Fred Bear and countless others to take up the sport of bowhunting.