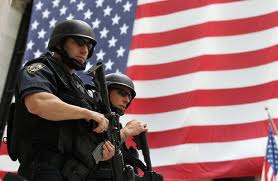 I know we don’t use ammunition while bowhunting, but the battle over ammunition shortages impacts gun hunters and many citizens who legally own firearms. It also is affecting gun training programs, local law enforcement agencies, and others. So, I decided to take a look at this issue.

Writers, bloggers, private citizens, pro gun and anti gun organizations blame part of this shortage on the Connecticut shooting and proposed federal legislation (and realized at the state level in a few states) to ban certain guns, clips, etc. Although it now appears that federal legislation will not happen, the scare is out there and gun owners are buying up ammo.

However, there is one other aspect of this situation that has caused major controversy, and that is the huge purchases of ammunition by the Department of Homeland Security. Homeland Security has ordered up to 750 million rounds of ammunition for use at its training facilities over the next five years. Last year these training facilities were used by 90 different federal agencies and 70,000 law enforcement officers and agents. In addition Immigration and Customs Enforcement put in contracts to buy; 40 million bullets a year for up to five years, another 40 million .40 caliber bullets, another 176,000 rifle ammo, and 25,000 blank bullets. The overall total for government purchases has been listed around 1.6 billion rounds over the next five years.

Ammo manufacturers say that the feds get priority over private citizen needs, and this huge federal demand means less ammo out there for private citizens. This situation triggered ultra conservative bloggers and websites to accuse the Whitehouse of doing this to dry up supplies for the public as a way around the 2nd Amendment. The suggestion is that by controlling federal orders for ammo, the government can control the supply to private citizens. This triggered Congressmen Coburn to call for an investigation, and he asked Home Security for some answers. Home Security then released data showing how many rounds were bought the previous three years and exactly what the rounds cost. Here is that information, obtained on the Internet.

How many rounds of ammunition has the Department purchased during each of the past three fiscal years? How much did these acquisitions cost? 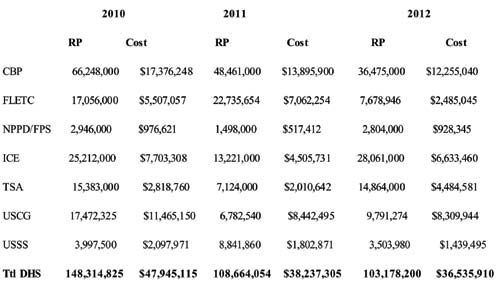 Does DHS plan to purchase more ammunition in the current fiscal year? How much is budgeted for ammunitions acquisitions?

How many rounds of ammunition does the Department currently have in its inventory?

OK, the numbers are a bit mind boggling, but what it shows is that Homeland Security has been using a ton of ammo over the past three years. Thirty-eight million spent on ammo in 2012, and a proposed $37.5 million for 2013. It does make the head spin. The release of this data by Homeland Security caused a firestorm of opposition, and among other things, the high amount of inventory was in question. One blog pointed out that Homeland Security bought 361 million rounds of ammo in the past three years, and ordered another $37 million worth for 2013, but they still have 73% of the previous three years worth of ammo in inventory. So, why do you need another $750 million for 2013. Maybe Homeland Security has good answers, but it does make you wonder what is going on.

So, why are private citizens, some Congressmen, etc. concerned here? I think the reason is pretty simple. We’ve been hosed by the White House on a number of issues, where there should have been (and Obama promised) transparent. This administration wasn’t transparent on Obama Care nor has it been on almost every major issue faced by our country in the past five years. So, there is a tremendous amount of distrust of our government, probably more so than at any time in modern history. Why is that? Why are we so quick to show disbelief in what the government tells us about why they buy hundreds of millions of rounds of ammunition, to the point where private citizens have trouble buying ammunition? It’s simple. We do not trust you.

My thought is that the government is using a lot of this ammo in the way they should. But given the past five years, I can see why millions of Americans just don’t trust the federal government. And what does all this have to do with bowhunting? We, among others, own this country and we’d like it back.

NOTE:  This just in

First, the Department of Homeland Security went on a massive buying binge, one that included buying at least 1.6 billion bullets. Then, the DHS told Sen. Tom Coburn that it was buying such massive quantities in order to bring down prices. Finally, the DHS ignored a formal request from a House member asking about the purchases and, instead, told a U.S. News and World Report blog that it wasn’t really buying anything at all; it was just putting out the possibility of buying ammunition and weapons “up to” a certain amount, because that’s how the bureaucracy works. In other words, the DHS is buying a lot and talking just a little.

Now, fifteen Republican House members are increasing the pressure on the DHS by sending a formal letter demanding that it explain why it is purchasing so much ammunition. The letter also asks it to confirm or deny whether it is deliberately attempting to restrict the bullet supply available to the American people. Regardless of its intentions, many believe that the current ammunition shortage is related to the DHS’s commitment to purchase up to 2 million bullets in a year.

Rep. Doug LaMalfa (R-California) authored the letter. In it, he wrote:

“The extraordinary level of ammunition purchases made by Homeland Security seems to have, in states such as my own, created an extreme shortage of ammunition to the point where many gun owners are unable to purchase any”.

He then asked, “Are these purchases being conducted in a manner that strategically denies the American people access to ammunition?” Fourteen other Congressman joined with him in asking this question. There is no word yet as to whether a DHS representative has responded to Rep. LaMalfa’s letter.

Regardless of the DHS’s motives, when a big agency, in a big, cash-strapped government, starts making inexplicably big purchases, the people are entitled to know what’s going on. Until the DHS steps forward to explain fully why it has gone on this spending binge, it should not be surprised that people who are directly affected by the governments hitherto unexplained actions are going to assume the worst.

Altus Brands One of “Michigan’s 50 Companies to Watch”

Altus Brands One of "Michigan's 50 Companies to Watch"

Today In The Deer Woods - Apr 4