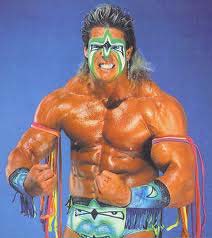 Look good or be bad for real?

Ever watch UFC? Unlike the “adult synchronized tumbling” that parades as WWE, the fighters in the cage are real. Just because you say it’s real doesn’t make it so. With that in mind let’s look at some broadhead jargon that has caught traction like a bad dream. Open-on-contact sounds like a good idea until you look at the science.

An 8th grader who has completed basic physics could explain to you that a launched arrow carries a finite or set amount of kinetic energy. The same can be said to describe a punch thrown by a fighter. The thrown punch is a lot like that arrow. However, what would happen to that punch, if at the last moment, the fighter opened up his fist and just slapped his opponent? You got it. The energy that could have knocked his opponent out would just be a stinging slap. All of the bone jarring energy that could have been used to devastate… would be wasted.

A broadhead that employs the open-on-contact design is just like a punch opening into a slap. Energy is wasted on the surface. With a broadhead, this means poor penetration… and penetration is what it is all about. A parallel principal is the old law of physics that states that an object in motion tends to stay in motion…that is until it expends its energy. If the arrows kinetic energy is expended in the first three inches of penetration, you have just lost your buck.

Here is the formula you can use to determine the amount of Kinetic Energy your set up is generating. Use a calculator, as the numbers are too big for easy pencil ciphering. These are the numbers from the set-up I shoot. I’m shooting an arrow/broadhead combo that weights 370 grains. My bow shoots that arrow at 299 fps.

While conducting scientific broadhead penetration testing with ballistic gelatin I discovered that this is indeed true of the open-on-contact design heads. Actually, the poorest penetrating heads I could find in an archery shop were the open-on-contact heads. They all performed miserably. Virtually every other mechanical head design out penetrated them.

My testing demonstrated that OOC heads were wasting energy on the surface rather than converting it into deep penetration.

One head was able to outperform the others. This head offered a two-step penetration design. It’s 1-inch swept forward bone chisel blades made the first cut, penetrating about 2 inches, then the big sweeping cutting blades deployed and continued on penetrating due to managed kinetic energy. The stored kinetic energy was available to cut internal organs and then leave an embarrassingly large exit wound.

It’s all science. Now you have a choice. Look good and sound good or be good. Actually, it’s a lot like the UFC/WWE comparison. Real or phony, marketing wiz-words or science. Choices are good. Do you know the name of the broadhead that won during the testing? The winner!