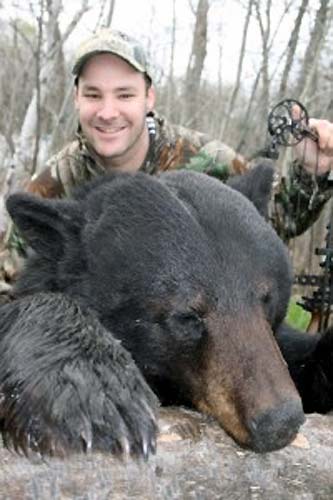 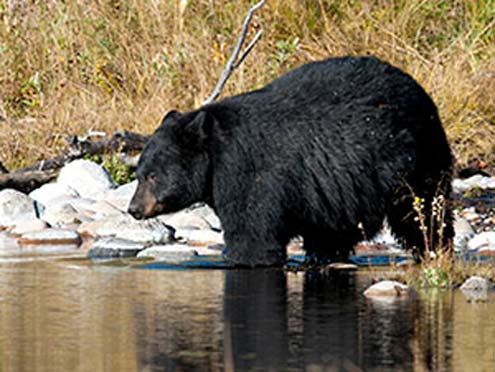 When it comes to bowhunting big game animals, the most sought-after species is the whitetail deer. Hunters can’t get enough of them. Bowhunters dream about running an arrow through a monster buck, and thousands of archers put their hard-earned pennies toward guided whitetail hunts.

While I’m not discouraging a great whitetail hunting adventure, there is something bowhunters need to be aware of: the chances of actually tagging a trophy whitetail are slim. Most outfitters boast a 30- to 40-percent success rate on mature whitetails. These less than impressive success rates aren’t the fault of the outfitters—the savvy nature of these elusive beasts just makes them hard to hunt successfully.

While I’m not discouraging a great whitetail hunting adventure, there is something bowhunters need to be aware of: the chances of actually tagging a trophy whitetail are slim. Most outfitters boast a 30- to 40-percent success rate on mature whitetails. These less than impressive success rates aren’t the fault of the outfitters—the savvy nature of these elusive beasts just makes them hard to hunt successfully.

Harvesting a trophy-class elk, mule deer or moose on a guided hunt can be extremely difficult as well. The black bear, on the other hand, is a hidden gem. Black bear success rates are extremely high. In fact, most outfitters carry a nearly 100-percent success rate, which makes going on a black bear hunt a great option for bowhunters on a tight budget wanting to experience bowhunting beyond their backyards. 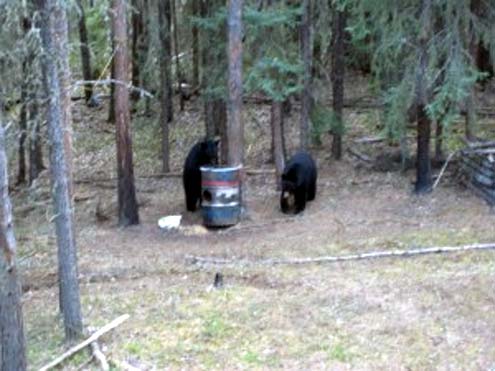 Bait sites bring in multiple bears, giving you a chance to compare bears and better judge their size.

I went on my first black bear hunt four years ago in Quebec, Canada. It was a guided hunt, and of the nine or ten people in camp, only two went away without a bear. I took home a 300-plus-pound monster, which was a very large bear for the area I was hunting. The cost of my week-long hunt, including lodging and bait sites, was $900. I provided my own food, but that wasn’t a big deal because each cabin was equipped with a kitchen.

Jack Coad, a pro staff member for several outdoor manufacturers, joined me on that particular hunt. Coad is something of a bear expert and has taken several bears in Quebec. “I enjoy hunting black bears, and I get a bear almost every year,” he told me. “I get to experience the Canadian wilderness, which is awesome.”

Coad and many of his friends have been hunting with this same outfitter for over a decade. Their walls are covered in bear rugs, proving that you don’t have to spend a lot of money to experience great bear hunting.

Bears for Every Budget

There are bear hunts for every hunter and every budget. Many times, $1,000 will secure a guide, bait and the chance at a bear, although bowhunters wanting a bruin with a head like a watermelon can expect to pay in the neighborhood of $2,500. Most of these “trophy” bear hunts take place in the Canadian province of Saskatchewan.

A friend of mine operates Delta Big Game Outfitters, a quality bear outfit in Saskatchewan. His guided bear hunts last five days and cost $3,000. That’s a chunk of change, but most every bowhunter in camp gets a shot at a bear, and many of them take home highly coveted color-phase bears. You’re not likely to find many whitetail camps where $3,000 will get you an almost guaranteed shot opportunity. 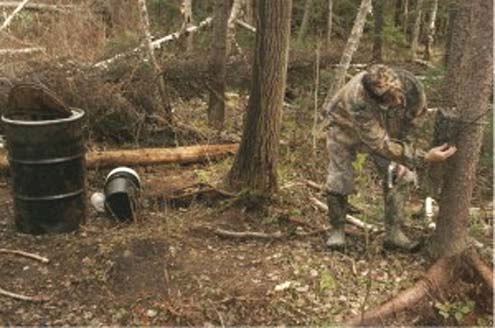 A trail camera is a great tool to use when hunting over bait. Not only do these nifty devices tell you what time of day your quarry is approaching, but they also allow you to evaluate the size of the bears in the area.

There are a variety of bear hunting styles, the most popular being hunting over bait. There are many reasons to hunt bears over bait. First, bears have a sweet tooth and enjoy eating donuts, cookies and other sweets. After they discover a bait site, they often visit it daily, making tagging one with a bow easier than going out and beating the bush. And when hunting over bait, you can set up according to the wind direction. Good outfitters know the prevailing winds and place stands accordingly.

Hunting over bait also allows you to see multiple bears. Not only is it exciting to see different bears, but it gives you the chance to practice judging the size of different bears. 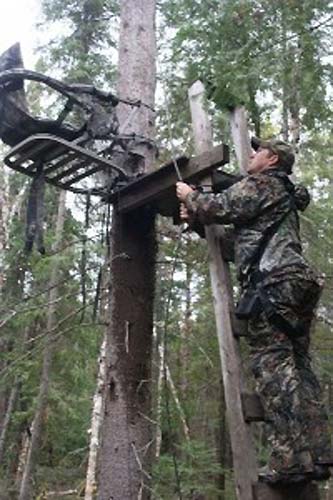 Whether you’re hunting with an outfitter or on a do-it-yourself bear hunt, you should always bring along a treestand. Would you like to climb into this wooden deathtrap?

If this style of hunting interests you, ask the outfitter you plan to hunt with how far in advance they place bait before hunting over it. Your best chance for success is hunting over an established bait site. I’ve hunted camps that started baiting only a few days before I arrived, which can dramatically reduce your chances of seeing a good bear. Ideally, you want to hunt over bait that the bears are accustomed to feeding on.

Another question to ask your outfitter is if the bait sites are set up for bowhunters. You don’t want a long-distance shot. Up close and personal is definitely the preferred bowhunting setup for black bears.

Another popular style of bear hunting that offers a high success rate and doesn’t break the bank is hunting with hounds. Using hounds adds adventure and excitement to the hunt. Nothing beats chasing after barking dogs as they trail a big black bear. 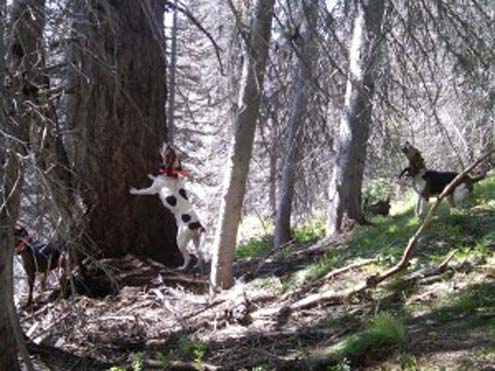 Hunting black bears with hounds is very effective and adds a new level of excitement to the hunt.

Table Mountain has a unique bear hunting operation. “We hunt bears in the morning with dogs and over bait in the evening. By offering both options, hunters get to experience two different styles of hunting,” Denny added.

Another bear hunting option is spot-and-stalk hunting. This option is particularly popular in Alaska because the aid of a guide is not required and because Alaska is home to throngs of monster bears.

I have several friends who regularly spot and stalk bears. They typically glass for hours looking for bears feeding on berries or salmon. Once they find a big bruin, they plan and execute a stalk. My father-in-law did this while we were hunting caribou in Quebec. We first noticed the bear several hundred yards away feeding on wild blueberries. While the bear was occupied with dinner, we slipped in on him. Needless to say, the blueberries were his final meal.

Many Alaskan-bound bowhunters who want to spot and stalk bears on their own get dropped off in the bush by a float plane. They camp in tents and hunt during the day. This type of bear bowhunting is rugged and rewarding. If you are willing to spend a little extra money, you can stay on a houseboat, coming to shore daily to target black bears as they gorge themselves on salmon. Coastal black bears that consume large amounts of salmon tend to be larger than bears that live inland. 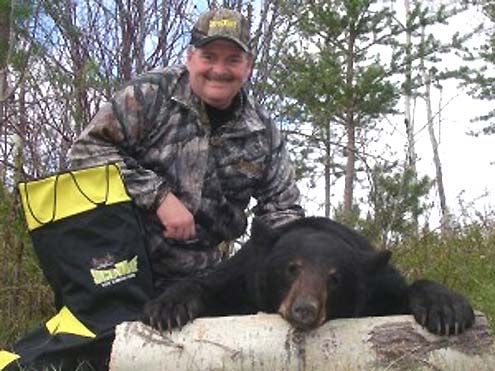 If you are the do-it-yourself kind of bowhunter, Alaska isn’t your only option. There are many states that offer great bear hunting. In Michigan, for example, we have a healthy bear population, but you must apply for a tag. Drawing a tag in a good unit can take several years, but upon drawing the tag you can put bait out yourself, hire someone to bait for you or run hounds. I know several hunters who have taken 500-plus-pound bears in Michigan.

Other states, including Wisconsin and North and South Carolina, offer great bear hunting as well. All it takes it a little research, a diehard attitude and a small amount of money to bag a great bear.

One of my favorite places to hunt, regardless of what animal I’m going after, is the West. States like Colorado and New Mexico have robust bear populations. A popular western method is to sit over a waterhole in the morning and evening and wait for thirsty bears. By placing a scouting camera over a waterhole, you can quickly find out if bears are visiting your particular waterhole and what time they are making their appearance. And while baiting is not allowed in many western states, some, like Colorado, allow hunters to sit over dead animal carcasses.

Black bears can be called in with predator calls, and an outfitter isn’t needed for this style of hunting. Buy an electronic caller or use a mouth call that sounds like a fawn in distress or a cub in distress. Lawrence Taylor from Knight & Hale Game Calls has had great success when using predator calls on black bears.

“The key to success when using predator calls on bears is calling nonstop for several minutes at a time,” Taylor said. “Bears lose interest quickly. If you call a lot, they come and investigate. If you stop calling, they walk away.”

The author’s Canadian bruin was harvested over bait and tipped the scales at over 300 pounds.

There are no guarantees when hunting, especially when bowhunting, but a black bear hunt may be the closest thing to it. Bears are easy to bait, die quickly when hit in the right spot and inhabit some of the most breathtaking landscape in North America. If you want to go on a hunting adventure that doesn’t break the bank and offers a high chance of success, the black bear is your animal.

There are a few things every hunter should bring to bear camp, regardless of whether you are hunting with an outfitter or not.

Bring your own treestand. Many outfitters will say they have treestands placed for bowhunters, but that’s not always the case. I’ve sat in treestands made from old plywood and pine branches that look like they were built when JFK was elected President. Canadian outfitters are notorious for building homemade treestands. Bring a comfortable climber that will allow you to hang your stand in your desired location. Being comfortable is important when sitting for hours.

Bring a scouting camera so you can hang one over your bait site. Photos taken by my scouting camera convinced me to stay an extra day when I hunting in Quebec a few years ago. Staying that extra day resulted in a well-placed arrow.

Bring a carbon suit like those offered by Scent-Lok and ScentBlocker. You should also bring scent-eliminating sprays to help control your human odor. Bears have amazing noses, and the big ones seem especially sensitive to human odor. If you are a scent-free fanatic while bear hunting, your chances of success will likely be higher.

You’ll also want a target of some type with you on the hunt. Buy a bear target if you can. The vitals on a bear are not the same as the vitals on a deer. If you get used to shooting at a bear target, you’ll be better off in the woods.

Finally, don’t leave home without a bug suit and a Thermacell unit. The bugs can be horrible when bear hunting. If the mosquitoes and black flies are bad, you may have a difficult time staying on stand all day.

Increase your odds by shooting the best in archery tackle: Catch Us if You Can 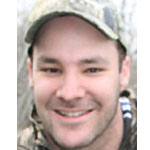 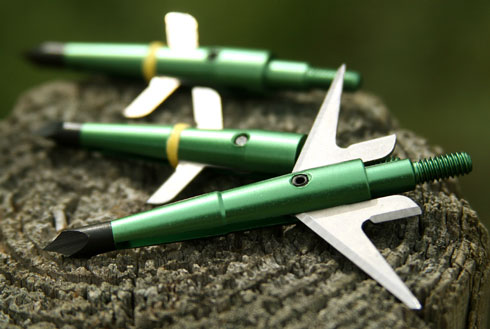 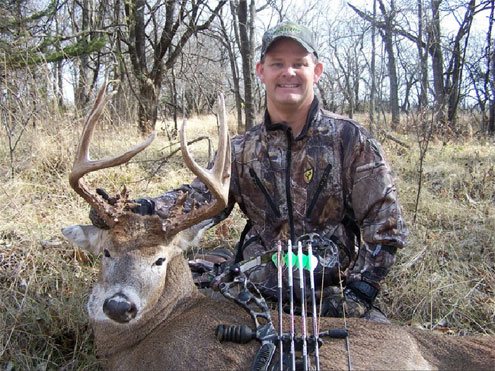 A Trophy Day Off From Work 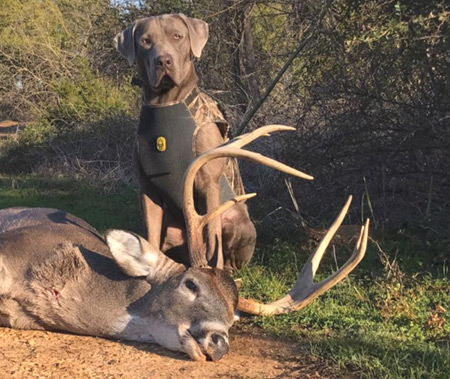 Find Your Bow-Shot Deer Quicker: the Dog That Can Do It All