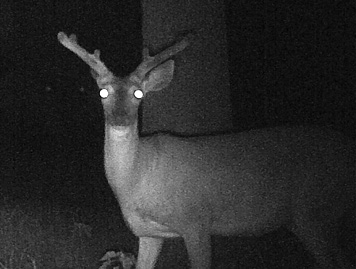 This morning I picked up my deer scouting pictures from my nearest Spypoint trail camera. There is always something to learn.

The main beams on the buck below are growing outward and his brow tines and point are marking their spot. They have some growing to do, and they will. 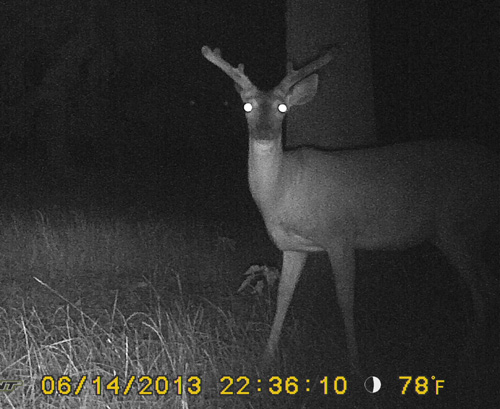 An hour later he came thtough again. You can see his points a little bit better in this picture. 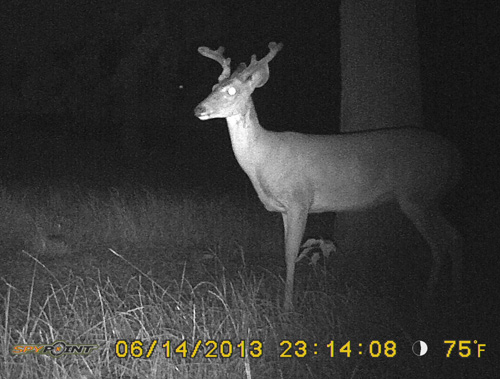 As you can see he didn’t stay long. 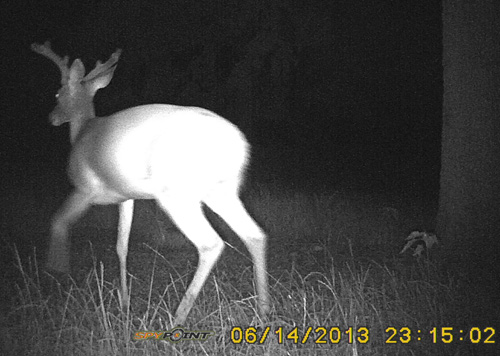 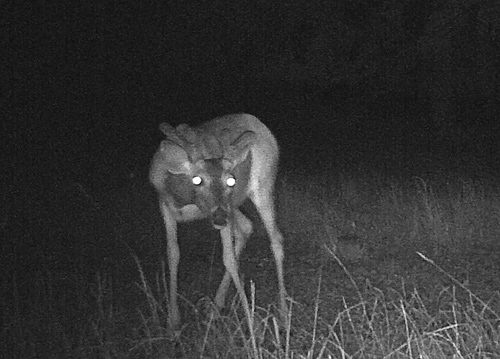 The buck above is a young one. His antlers are growing their main beam width and are currently even with his ear spread. So far he has his brow tines but no points yet. And the right brow tine (but our left looking at the picture) appears to be a little longer and leaning out quite a bit. Maybe we will get a closer picture of him or a daylight one and will be able to tell what is up with that. The Spypoint got one picture of him at 10:12 on June 15.

On June 16 the buck below walked through and the Spypoint got one picture of him at 1:25am. 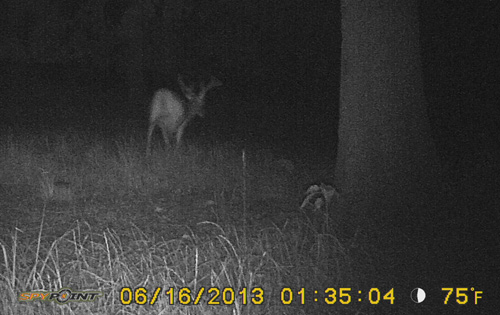 Again on June 16 the Spypoint caught a buck. He just walked past two does. 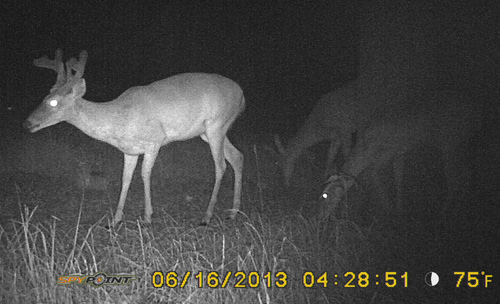 Ten minutes later the buck returns. In this picture he looks on the alert and the does, or possibly another deer, are running away. We don’t know what spooked them. 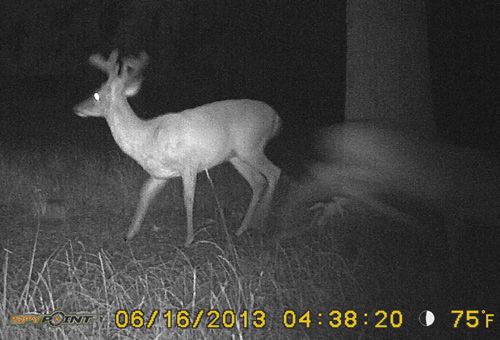 So right now, the bucks are in the “night time mode” and they are keeping a low profile. The only buck that we’ve seen in pictures is the buck that’s growing the biggest antlers so far.

Hang with me, it’s going to get interesting, I can feel it in my deeerhunting gut.