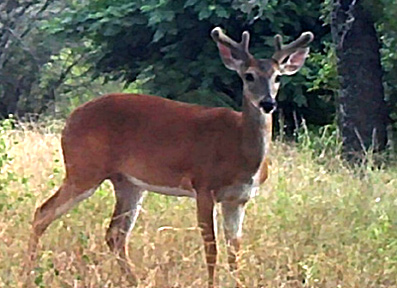 It was an overcast morning, a contrast to the bright sunny mornings lately. The deer were moving. I just picked up the pictures from my nearest Spypoint trail camera. Yesterday I moved it to a new position to get a different perspective on the approach and exit of the deer, bucks and does.

This is the area I am checking out now. You can’t see it in the picture but there is a deer trail here. The first picture was this doe at 1:23 yesterday. There were more does during the afternoon but no bucks. 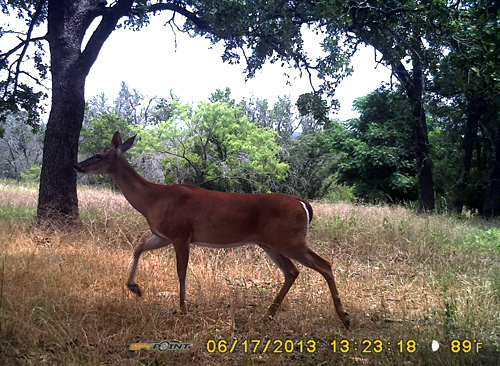 Last night we had a big lightning storm. The Spypoint took a few doe pictures. 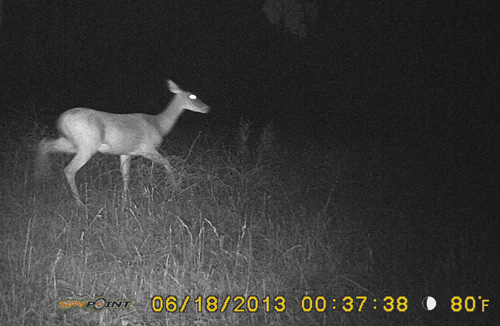 The first deer on camera this morning was at 7:04 when this young buck walked through. He has his first pair of antlers. 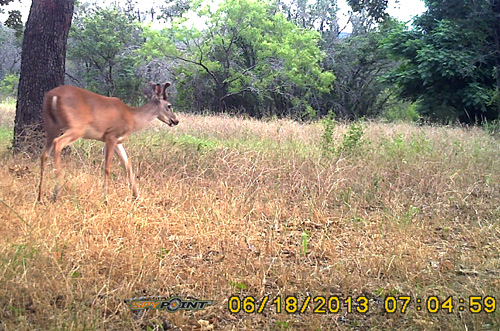 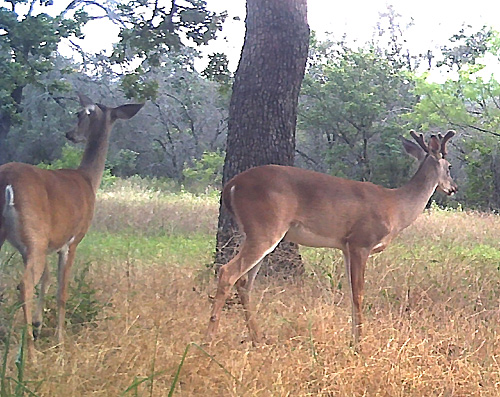 The two deer continued walking toward the wood line. 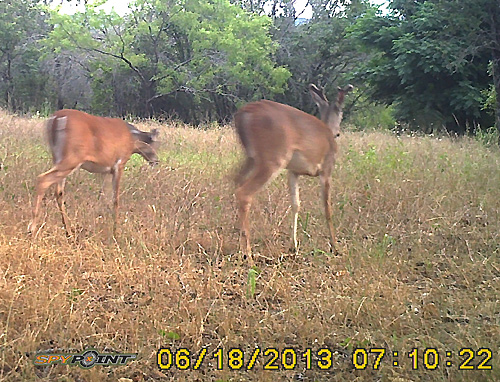 Five minutes later a doe triggered the camera and also caught a pic of a buck. 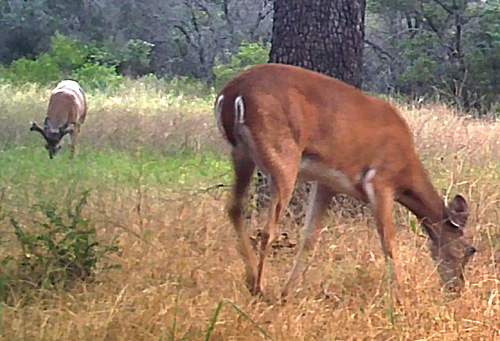 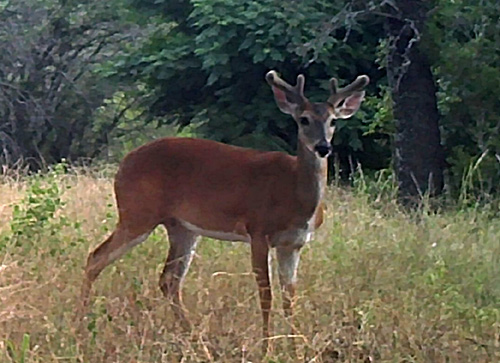 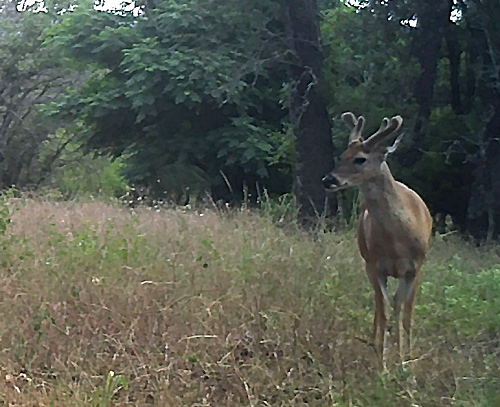 Two bucks approach each other at 7:30. There were 2 more picture of them but they were similar to this one so I didn’t add them. 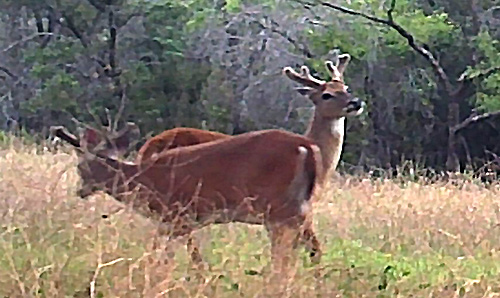 That was it for the deer activity this morning (June 18). Actually, there was a brief window of activity, starting at 7:04 and ending at 7:30. The good news this morning is that some of the bucks are moving when it is daylight.

I left the Spypoint in the same place. It had good deer activity today and maybe we will catch a pic of one of the big boys.