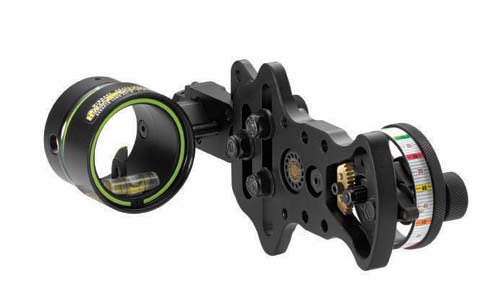 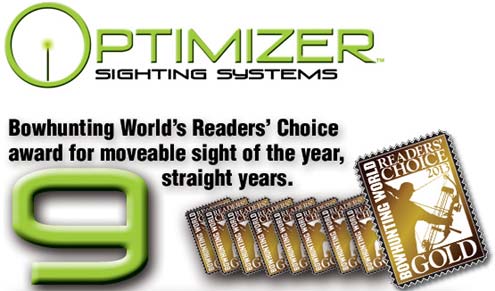 Although I don’t like to admit it, there have been instances in my career when the “buck fever” has taken hold, causing many an arrow to sail smoothly over its intended target. Sound familiar? In extremely stressful situations our bodies resort back to muscle memory and we typically take aim with the pin we are most comfortable with. As a young bow hunter I remember doing this very thing on a shot that should have been a slam dunk. Needless to say, that miss put a pretty good dent in my self esteem.

Vowing never to make that same mistake again, I made an attempt to simplify things by removing all the pins from my sight except one. I became proficient enough that I could compensate with the single pin from 10-30 yards, and to be honest, as a beginner that was really all I needed at the time. Nevertheless times change. Bows have become faster and targets are getting farther and now all of the sudden, 80 is the new 40. Our sight housings are getting so crowded with pins it’s almost impossible to see the target through all the clutter, especially in low light situations. My solution is using is a single pin, moveable sight known as the Optimizer from HHA Sports.

Now I’m sure you’re thinking exactly what I was at first. Can a single pin sight really be that accurate? Think about it, there are so many different bows out there, not to mention different draw lengths, draw weights, shooting styles, releases, and so on. Anyway, you catch my drift. There are so many variables that come into play for each individual to make the perfect shot that there is no way a one pin sight can be versatile enough to overcome all these differences. At least that’s what I thought when I was asked to try the new HHA Optimizer Light Ultra. To say I was skeptical would be an understatement, but I was drawn back to that simple, one pin concept of my youth and anxious to see how it performed.

I realize the idea of a moveable, single pin sight is not a new concept. In fact, for the last 9 years HHA has received Bowhunting World’s Readers Choice Award for moveable sights. What I didn’t realize is just how accurate they can actually be. By firing a few arrows from 20 and then 60 yards, making a simple calculation allowed me to choose the one of 52 color coded yardage tapes that was a perfect fit for my bow’s capabilities. That’s all it took to be completely sighted in for anything between 20 and 80 yards.

This sight is equipped with an oversized dial that could prove invaluable during those moments when the adrenaline kicks in or the bitter cold snatches the feeling from your fingers. Along with an easy to see green sight ring, another impressive feature about these sights is that a ‘tool-less’ adjustment can be made down to the yard, and windage can also be adjusted in 1/8 inch increments at 20 yards. Now that’s what I call dialing it in.

No matter how advanced we try to make our equipment, sometimes it seems to just complicate things. There is an acronym we use in the fire service known as the KISS principal – keep it simple, stupid. I don’t know how much more simple you can get than using a single pin, especially now that it can be dialed in to the exact yard. This completely takes away the problem of gapping your pins at odd distances. While the design of the HHA Optimizer is anything but simple the principal behind it is: ONE pin, ONE distance, ONE shot, GAME OVER.

For more go to: HHA Sports