Scouting For Deer Begins For 2013 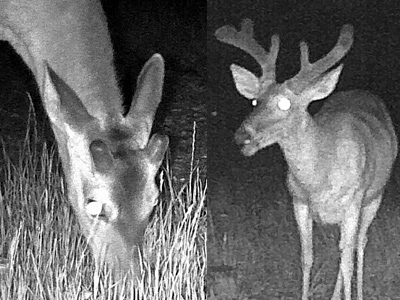 This month my bud Collin Cottrell came over  to help me ramp up my deer scouting for this year’s deer season.  On this Tuesday we set out 4 SpyPoint trail cameras in 4 different locations. One of the things I always want to know is how the bucks are coming along.

Recently I had a conversation with a friend on Facebook about when bucks begin to grow their antlers. He doesn’t have the time to visit his hunting area until a couple of weeks before the season begins. When I told him that the bucks in my area lose their antlers in March and their new racks start growing in April, he was surprised. I sent him a picture that one of my game camera s took on April 10.

You can clearly see this buck’s new 2013 antlers starting to grow. 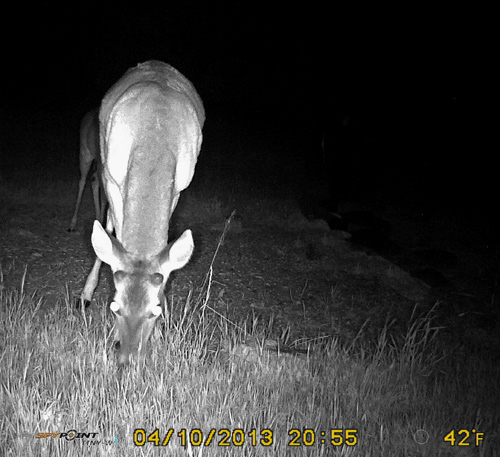 I cropped in closer on the above picture so you could see how a bucks starter antlers actually look. 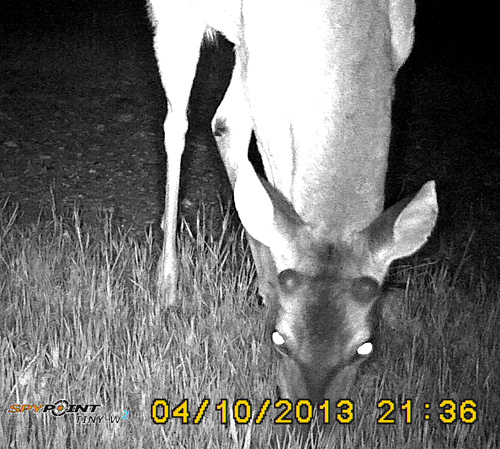 One thing I’ve learned about antler growing is that it is not a level playing field. They all have the same time to grow their racks for any given year but the amount of antler they grow varies wildly. For example, this is another buck, on the same day, and it has grown more antler than the other buck. 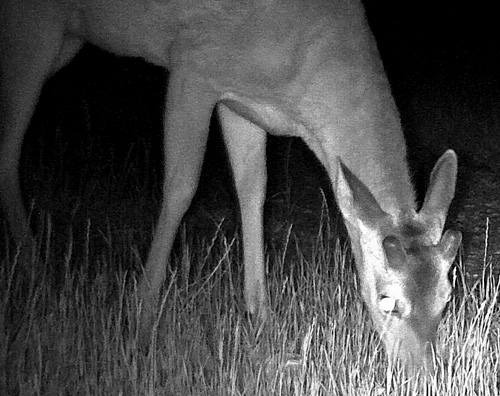 Notice the appearance of the above buck’s antlers at this early stage. That smoothnesss will change in a few days.

This time of the year almost all of the pictures my game camera takes of bucks are at night time. However, this buck got his picture taken on April 10 too. 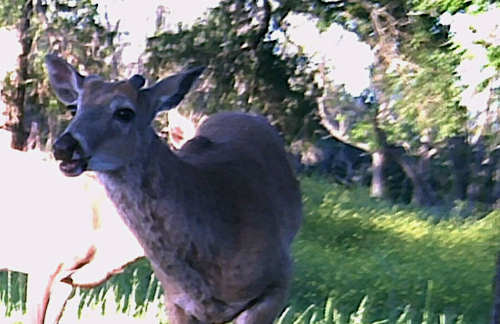 Now, lets jump ahead to the current week. Here is a buck my SpyPoint camera caught on June 10. 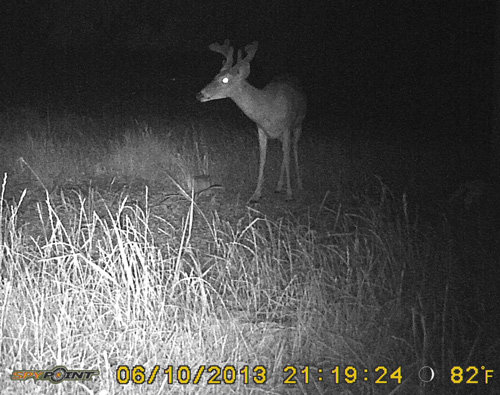 There were no pictures of this buck on June 11. But on June 12 he came by again. Obviously I was hoping to see some closer pictures as I viewed them, one by one, on my PC. 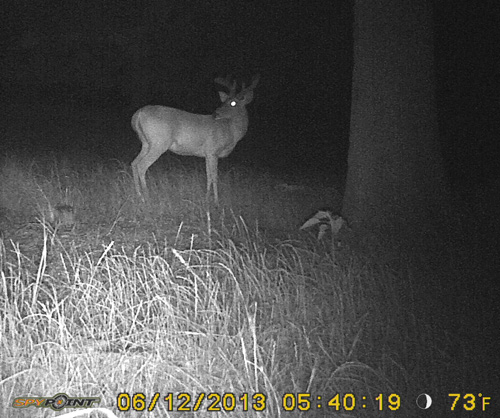 The buck did the right thing and walked closer. He definitely looks nice. He’s outside his ears and his brow tines are sticking right up there. Some of his points are in progress also.

Notice the ends of both his main beams as well as the ends of his points. The ends bulge out a little bit and have a similar appearance the bucks from April had. 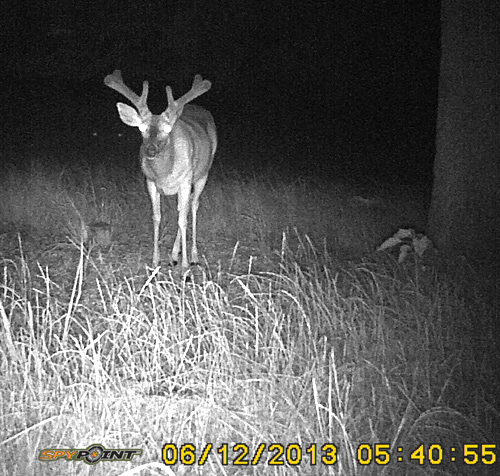 In another picture he turned his head and we can see his points. At this point in time he has 6 points in progress. 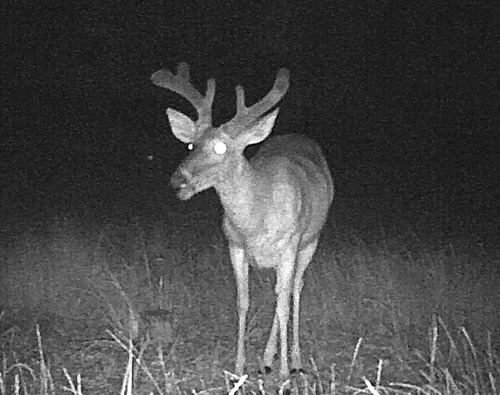 He didn’t stay in front of the camera the entire time but he walked by as he exited the immediate area. It’s 5:45 am and he was in our area for 5 minutes. At the top of the picture you can see the very first sign of the morning sunrise lightening the sky just a little. 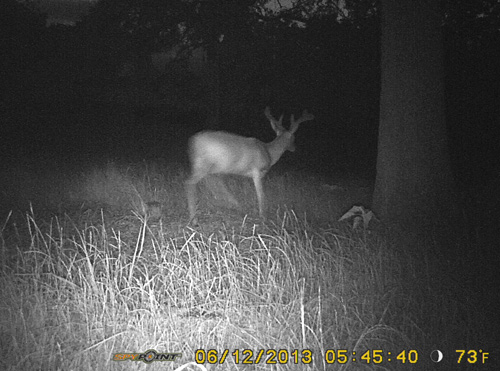 Ok, so that brings us up to speed on scouting for deer up to June 12. It’s an exciting time of the year and it’s gonna get more exciting in the coming weeks.