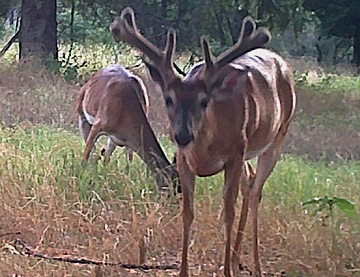 This morning when I picked up my Spypoint trail camera pictures and viewed them on my PC I got yet another pleasant surprise. A different buck Had come through on June 13 during the night. 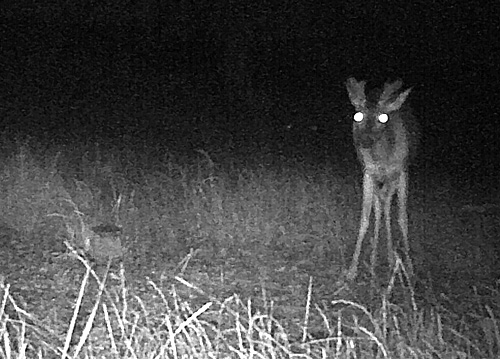 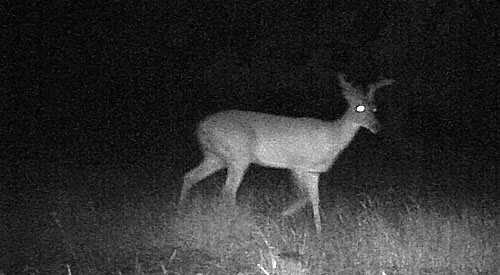 Several does came by, both during the night and in the morning after daylight. Here are a couple of them. 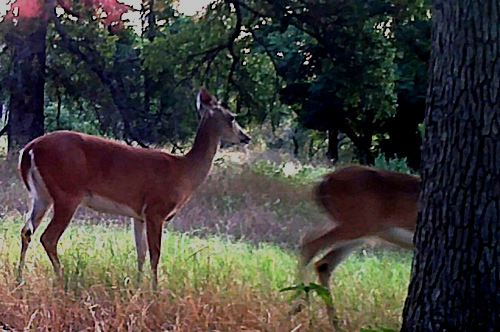 So … at 6:56am our buck from June 9 walked around a tree and into the view of my Spypoint camera. This is the first daylight picture of a buck with his 2013 antlers in velvet. Sunlight is blasting in from the top right and it lights up the growth ends of the buck’s points. 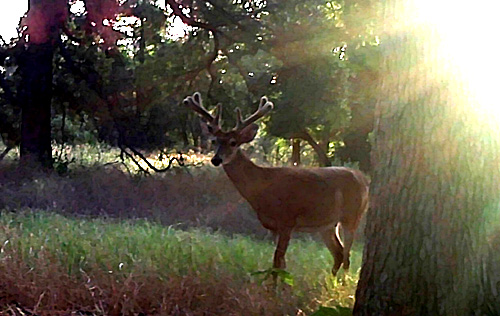 Right now he looks quite different from the side view. A doe was behind him. 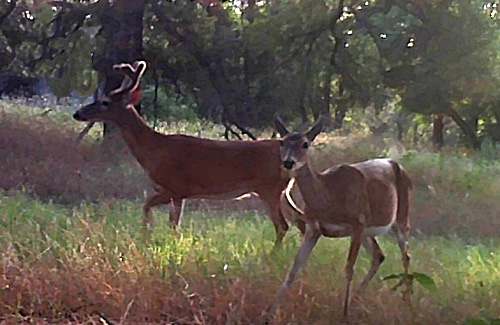 He turned and came so close to the camera that we can see the ear mites in his ear. Notice that during the last two days he has popped another point on his right main beam. And the end of his left beam looks like it will pop another one on the end as the main beam grows longer. 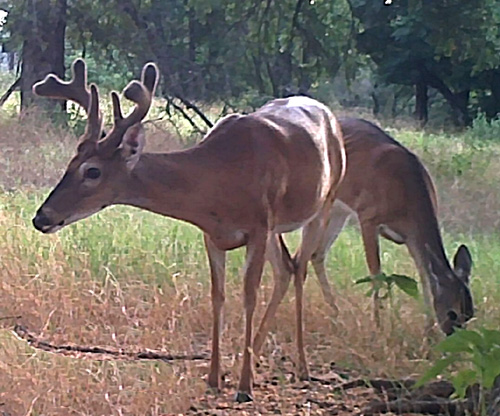 So here is the biggest buck we’ve seen so far this year. Look at his face and you can get the perspective on how wide he is. 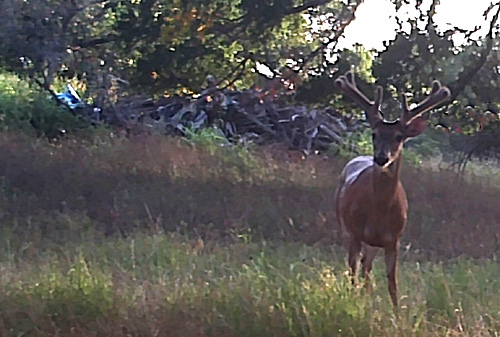 Well, that is my deer scouting report on June 14, 2013. The camera is ready to get to work this afternoon and during the weekend. Life is good in the deer woods.