Gail’s life long love of Archery inspired him and his wife Eva to start Martin Archery in 1951. Together with their sons Terry & Dan, they grew Martin Archery from a String & Arrow company into a industry leader. 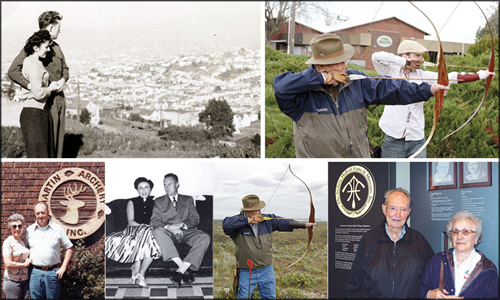 Martin Archery is known for their innovative designs and world class service which started with Gail’s invention of revolutionary fletching and string making equipment. His love and devotion for traditional archery made him key in the design and direction of the Howatt/Martin traditional bows & accessories.

Gail was a senior member of Pope & Young and proudly an official measurer and  a 20th Century inductee of the Bowhunters Hall of Fame. In 2011 he was also inducted into the Archery Hall of Fame.

All of us at Bowhunting.net and Bowhunting Adventures send our heartfelt condolences to the entire Martin family.