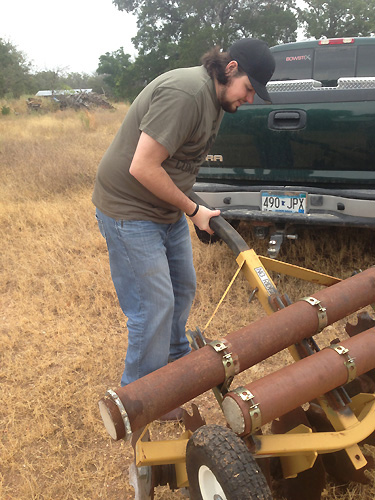 Last Friday it finally rained. And the weather predicted, accurately, that the weekend and part of this week would be rainy as well. When I looked at that information on my iPhone I thought, “It’s food plot time.”

I called Collin Cottrell and he said he would help. He came over Saturday morning.

I have a tractor/mower and when I got on it to drive it over to the plowing area we realized it had a flat tire. So we went to Plan B and hooked the plow up to Collin’s pickup.

I showed him the area that I wanted plowed and Collin drug the plow around … and around. A light rain was falling as the work was being done. 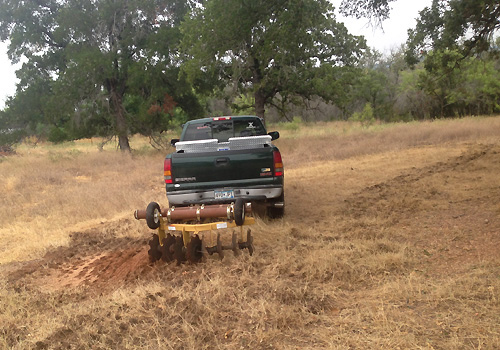 And before long the place was plowed up. The pickup doesn’t turn as sharply as the tractor rig and the edges of the intended plot are not as crisp as usual. But this will work fine. (See below.) 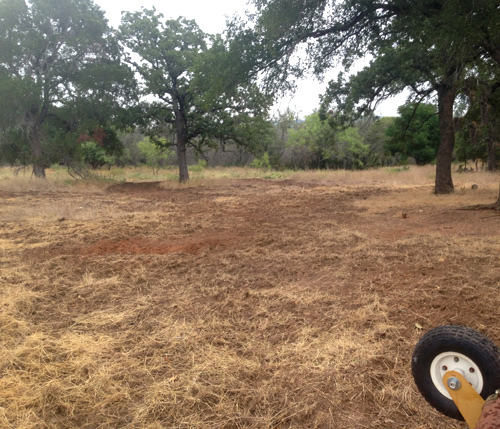 Then we drove out to the Back 200 area and plowed a nice plot in the windmill area. On the way back one of the plow’s wheels came off. (I guess that was why it was such a good buy on Craigslist.)  We had to unhook the plow from the hitch and leave it in the woods until we could arrange to get it welded and fixed.

When I moved to the place I live now, I rented it. The closest town, population 200, is 5 miles away. So I’m out in the sticks. It is good deer country.

I could not help but notice that there was a lot of deer traffic to the east of the house. A combination of a hill to the north, an immediate incline in the terrain, a deep gulch to the east and the layout of the surrounding woods … this area was a super deer funnel.

But hunting there was not an option. The landlord was not willing to let me hunt on the property, he kept it available for a family member. However when I bought the place that changed.

The day after the closing I set 3 treestands on the west end of the area to the east. Those 3 stands are still there.

Years back, I planted the first food plot here. It was a hit from the get go. But there is something unusual about this particular plot. It is small, only 30 yards by 20 yards.

Seven hundred yards downhill from me is a river. And from my properties boundary fence to the river is a 300 acre grain field. If this year is like past years, the bucks will congregate around my small food plot.

As an aside, the morning after we plowed I took this picture. 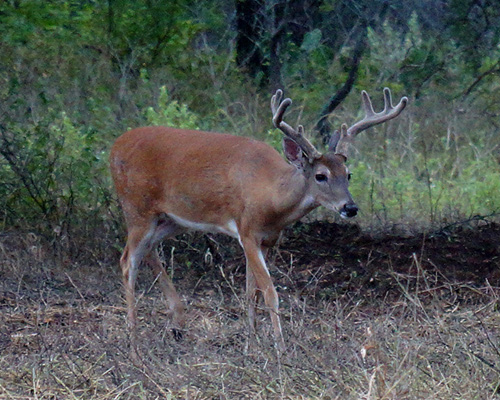 Now, I’ve got to get the seed in the ground!

Scouting: The Blast Off