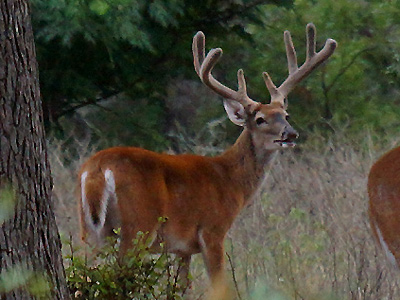 Just after daylight I saw a few deer but all the deer had been gone for half an hour when I decided to head in and fix something to eat. During hunting season I always count to 100 before I leave, so I do that during non-hunting times too. When I got to 100 I picked up my camera and a bottle of water.

When I looked up, things were changing. On the far right of my viewing area 2 bucks and a doe stepped in sight. It was the buck I saw a few days ago, the about to be 10 point. My camera was already in my hand and I clicked it on and sat down the water. And took a picture. 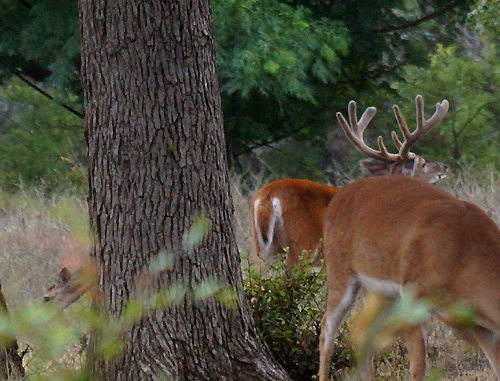 Over the weekend I checked some of last year’s pictures and confirmed that this buck was the one I called Big Boy 9. He looked around and I camera-ed him again. 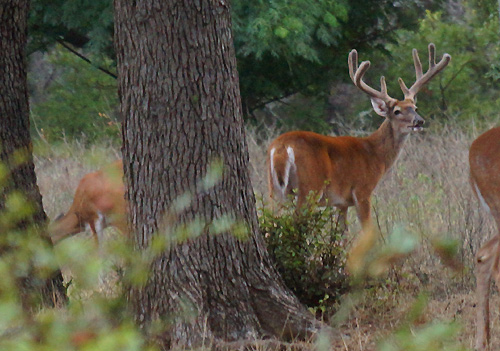 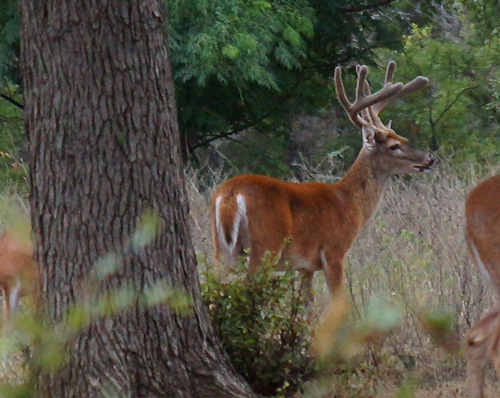 Then I zoomed in closer on him. Nice. 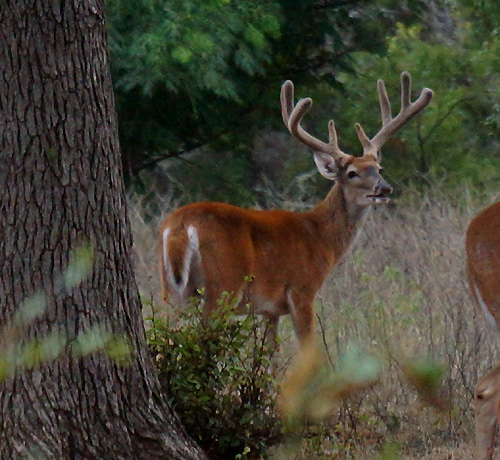 He raised his chin and made a clicking noise. 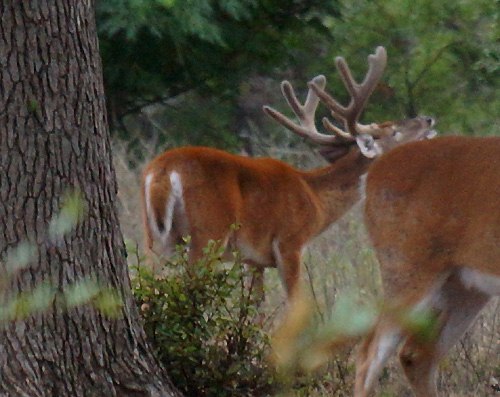 Next, I zoomed back to catch all 3 deer in case something came down. 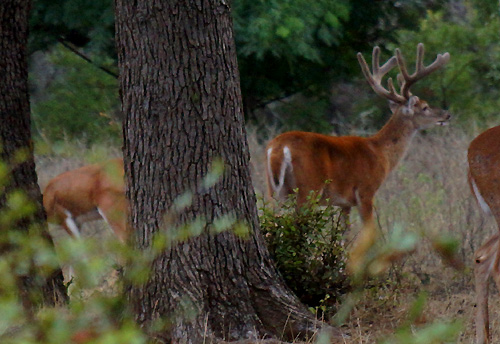 The doe got nervous and looked around. Big Boy 9 looked in my direction, I thought he saw the camera lens and was looking at me. 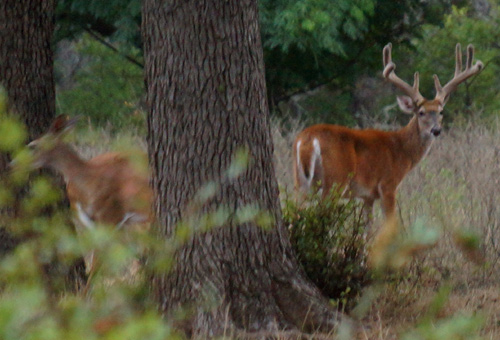 But he wasn’t. Another buck walked up. This one was also nice and wide. 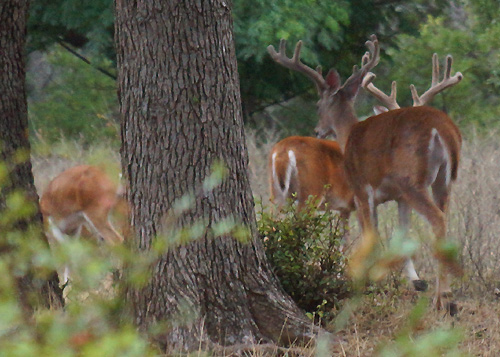 Both bucks hurried toward the nearby woods and were gone. And that was the main happening in the deer woods this morning.

There is at least a month of antler growing, meaning longer tines and possible longer main beams and more points. We’ll see.