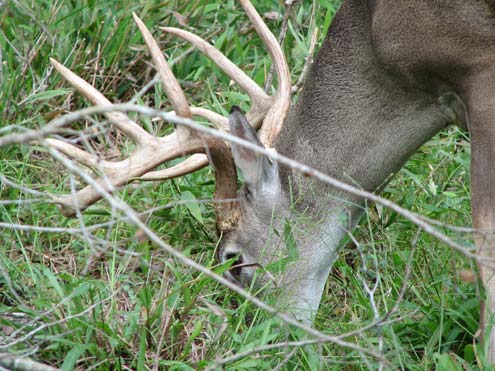 Whitetail deer have driven the push toward more and better gear.

Lets first talk about good ideas. There are many out there. Full-body harness for treestands are one as are big peep sights for low light hunting. How about carbon arrows? Yep, these were a great idea and made bowhunting a bit more effective. How about camo? Yep again, camo revolutionized whitetail hunting as much as the treestand did. How about the UV-Killer that eliminates the blue glow deer can see in our UV hot camo? Yep that was a good idea. Mechanical broadheads have allowed us to shoot faster bows and still be accurate and that was a great idea. There have been tons of great ideas in the bowhunting industry that have helped make us more efficient and effective.

Let’s talk about the gun hunters and what has improved their hunt. How about fog proof optics? Yep we all appreciate seeing clearly. How about the boat-tail bullet design? Yes again, those are the most accurate. What about moving from the round-ball to the buffalo bullet. Big improvement on that idea. Now the bullet can catch the riflings and spin, giving it more stability and accuracy. Then they made a big advance with the copper jacketed bullets which led to the invention of the core-lok design or the core bonded design that allows for controlled expansion. 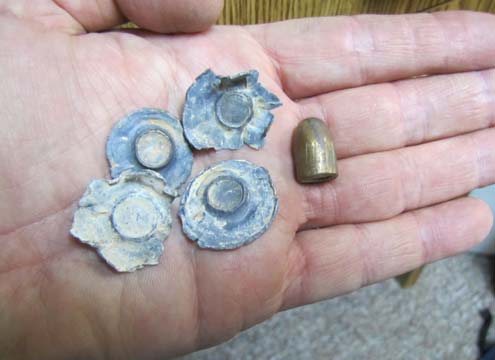 These bullets mushroomed after penetration. They even look like mushroom caps. The bullet on the far right is a solid and you can see the riflings on the side that caused it to spin upon launch.
This advancement allowed bullets to penetrate then expand so they could deliver their punch on the inside. Among the ones I’ve used are Remington’s Core-lok and the famous Nosler partition bullets. These bullets penetrate and then mushroom. How important is this? Ask any big game guide. He’ll tell you that it’s everything.

I once hand-loaded my 7mm mag up with some 165 grain sierra boat tails for moose and I loaded them hot. I shot a big bull 3 times from 100 yds and each shot knocked him clear off his feet. The problem was, he kept standing back up. I snuck up and then shot him once more in the neck and he stayed down. Upon examination, I learned that my bullets were penetrating about 2 inches and then blowing up. They were not penetrating. They mushroomed before going deep. They were expending their energy on the surface where it did no good.

Do you think a broadhead manufacturer would design a broadhead that opens up wide before penetrating; in essence a mushrooming “Open on contact” broadhead? Yep, and this strategy may be the biggest bad idea in decades. Why design in a strategy that is sure to reduce penetration? This design is guaranteed to use up energy where it matters the least…on hair and hide? Got me on that one, but it has happened. Moreover, I hear bad reports about lost animals and “Open on contact” at every event I speak at.

Henry David Thoreau wrote some thoughtful things in his day. He is one of my favorite writers. He understood the power of marketing. Once he said that, “Some monkey in Europe puts on a feathered hat and then all of America looks for feathered hats.” He knew we were followers, often following blindly. How many real pathfinders have you met? Most are doing what the other guy does. I think that’s how the hoopla over “Open on contact” broadheads got traction. Are you wearing a feathered hat?

What Makes Grub’s Boots So Great?

Aim-It Is The Best I've Ever Used