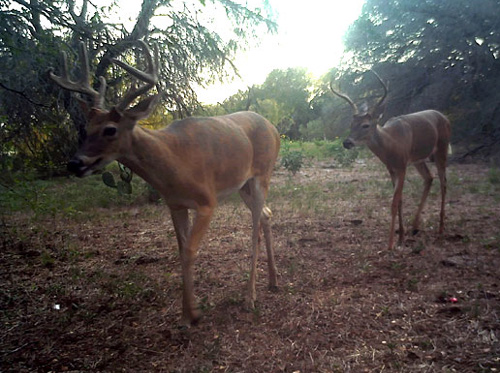 Bill Harmon began in the deer scent business 29 years ago. He knows how bucks and does use and react to scent in the wild, particularly in their activities during October thru December. One of products Bill has that really impresses me is Harmon’s Buck Scrape.

Harmon’s Buck Scrape is made with Bill’s secret formula and is the only deer hunting scrape blend on the market that is loaded with 100% pure deer pheromones.

The ingredients in Harmon’s Buck Scrape are ingredients only found in nature. Many scent manufacturers make additions to their deer urine and lure products by adding: salt, alcohol, builders lime, sugar, barium, sugar, calcium and even antifreeze.

But Bill Harmon does not. Harmon’s scents and lures are 100% pure deer.

At the ATA Archery Trade Show last year Bill Harmon showed me his Harmon’s Buck Scrape. Now, this is not a food product attractant. It attracts the way a real deer scrape does, by smell that drifts through the deer woods, enticing bucks, as well as does, to come to it.

He said  to refresh the scrape and every 3 to 4 weeks re-apply a new batch of Harmon’s Buck Scrape. To quote Bill Harmon, “You will love the results during bow hunting season, but you will be amazed during the Rut from start to finish.” To see all of Bill’s scent products go to Harmon-Scents

PHOT HIGHLIGHTS FROM THE TEST SCRAPE

On August 25 I used the Harmon’s Buck Scrape and put up a SpyPoint trail camera to keep track of any activity on it. Weather wise, it had been a hot and dry year. Only weeds were growing. Here is a doe that came to my Harmon scrape right away. 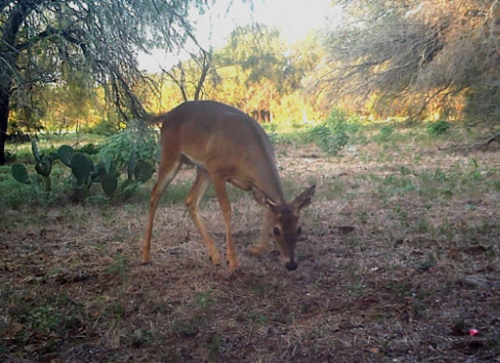 On August 27 the SpyPoint caught a nice buck near the Harmon scrape area. 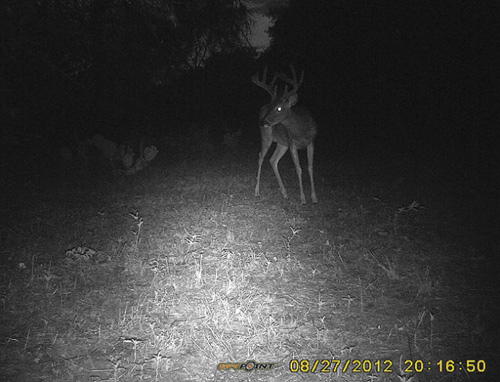 A minute later he was smelling the scrape and pawing in it. 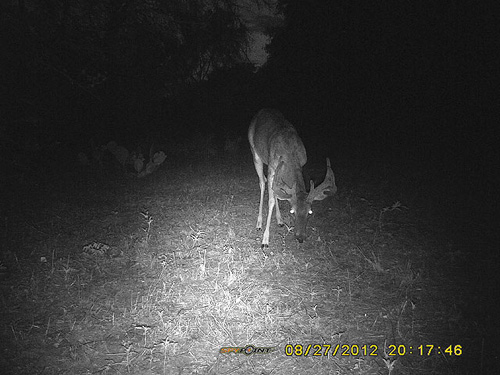 On August 31, during the day these two bucks visited the scrape area. 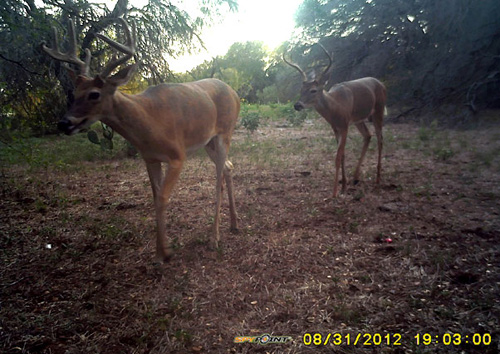 In September we had a big weather change. It rained a bunch. Bucks were still visiting the scrape as bow season started. Here is a buck on October 7. 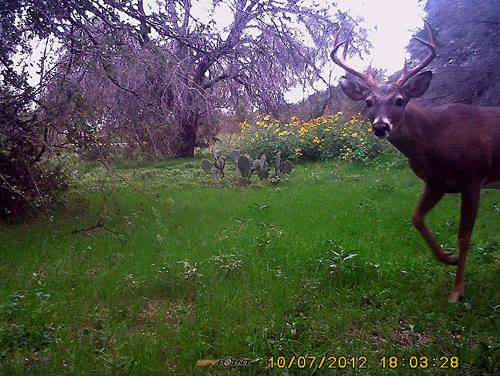 From the beginning there were night time pictures of bucks. Not all the pictures had the deer centered up and well lit. But they still showed me what was around. This buck visited on October 9. 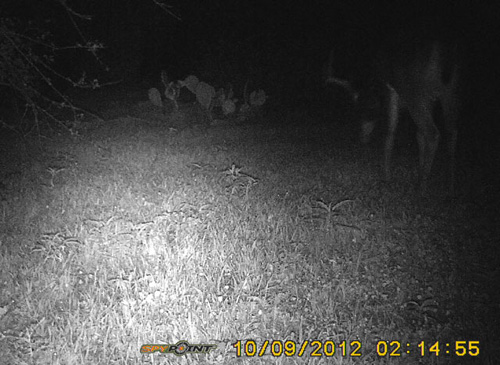 On October 10 the area was really greened out. 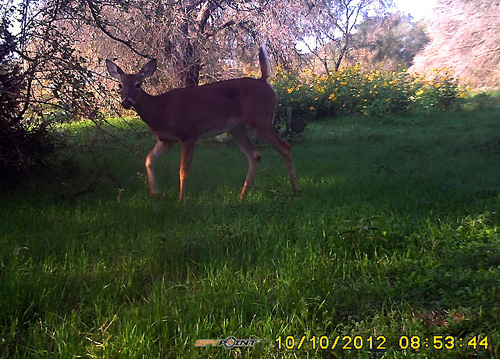 Last Call to Win Over $5,000 Worth of Hunting Products