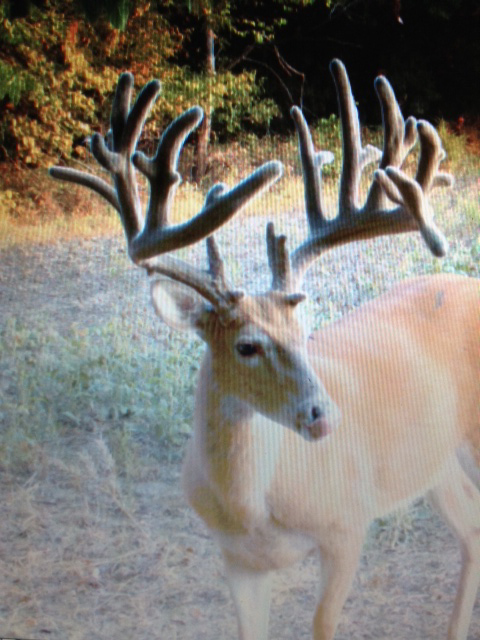 Low Impact Scouting
Ninety two degrees. That’s what the temperature read that sweltering late August day. I was sitting on a small knoll, four hundred yards from a food plot. I was watching the biggest live buck I have ever seen – a non-typical monster with somewhere in the neighborhood of 22 points that would easily push him past the magical two hundred inch mark. READ MORE

DDW Detergent Breaks Down Bio-film in the Washer While Washing Laundry
Many have been affected by mold accumulating in their front load washer. The smell can ruin clothing and stink up your home, but did you know the solution is as simple as changing your laundry detergent? READ MORE

On Food Plots
We are experiencing the third consecutive growing season drought at my place. There hasn’t been a drop of rain in many weeks. Clover usually doesn’t tolerate such drought conditions very well. In fact, clover rarely is productive on rocky ridge tops that simply don’t hold much soil moisture. READ MORE

Is Removing 99% of the Bacteria on Your Body Achievable? Would You Want to Achieve it?
Most people, when you get right down to it, are just plain bacteria bigots. They want to run all 2,000-plus species of bacteria out of town just because of a few ornery germs that can harm us. And now, it seems, our pursuit of a bacteria-free world is making us sick. Got antibacterial soap? It could be doing you more harm than good. READ MORE

Great Stuff
“I just started using the complete line of Dead Down Wind Products and the other night after a successful bow kill I got some blood on my camo pants and didn’t notice it until it was dry. I washed my pants in Dead Down Wind Detergent and the blood came out with no problems and to beat it all, I had at least 8 deer down wind of me the next night all within bow range with no clue that I was there. Very Impressed with the whole line of products.” -Happy Customer on Cabelas.com

It Works Phenomenal
“I’ve gotten some great trail camera images of mature bucks and several black bears at my mineral sites this summer since I’ve started using DDW. It works phenomenal. […] I am looking forward to using it this fall.” – Cody Altizer, BowHunting.com”

Love This Stuff
Love this stuff. Used it for the first [time] last season. Worked Great. Will be using it again in about 3 months!” -Jeff D. on Facebook.com