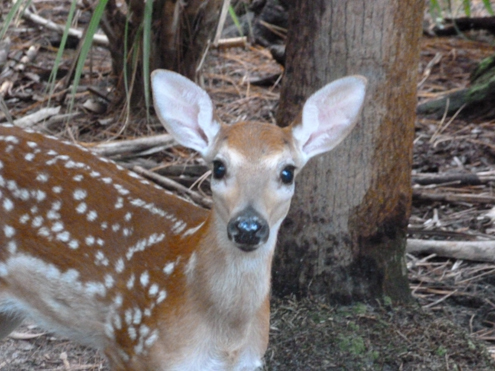 Fawns are most venerable to coyote predation for their first month of life.

The Amish guy approached me at my farms gate and asked if he could hunt coyotes. I gave him the go-ahead and then asked if he’d been successful on dogs this year. He said, “I’ve taken over 100 coyote this winter, all between here and Herderstown Road to the south.” “Good job”, I said, “Keep the pressure on them.”

Now is a good time to learn about coyotes. Researchers are uncovering new info that we hunters can use. Good data is now streaming in from whitetail researchers about the effect coyotes have on fawn survival. One study I reviewed was conducted in Georgia by some researchers I know from the Univ. of Georgia. They were researching fawn recruitment rates.

Fawn recruitment varies across different states and habitats. In my home state of Pennsylvania and in Iowa, up to 50% of fawn does actually bred and produce fawns when they are only 1.5 years old. Its babies having babies. This is due to the extremely high productivity of the habitat. These young mothers usually have a single fawn where as older does usually have twins. Contrast this to the south where often only 10% of fawn does breed. This all translates into fawns and is reflected in the fawn recruitment number.

If that number is trending down it indicates that something is affecting the fawn survival. In one wildlife management area in Georgia biologists using camera surveys determined that there were 55 deer/sq. mile. That is a lot of deer! In addition, the coyote population seemed to be healthy as well. The camera study contended that there were .5 fawns per adult doe. This low recruitment number indicates that some force is exerting pressure on the fawns. 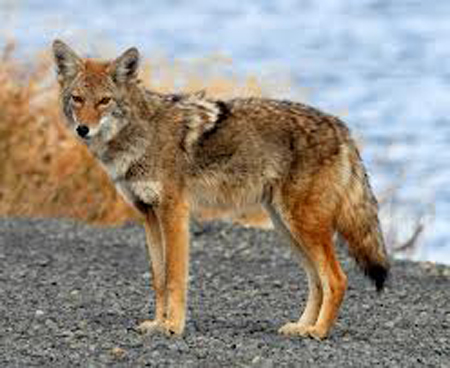 Coyotes are here to stay. Whitetails have been living with coyotes and other predators forever but now we are sharing the venison with them. While we can’t eliminate coyotes we can reduce their numbers and take some of the pressure off of he deer.

That winter professional hunters took 15 coyotes from the property. The following year the fawn recruitment rate was point 9. That is a big jump from point 5. What does this tell whitetail hunters? It says that coyotes may be having a significant effect on deer numbers. I say, take a trapping course and let the hammer down on coyotes. Yodel dogs are here to stay but thinning is healthy.

This bit of whitetail science was brought to you by the people who make the best scent elimination soap in the world…Atsko.

For more from Atsko go to : Scent Control

For more from Wade Nolan