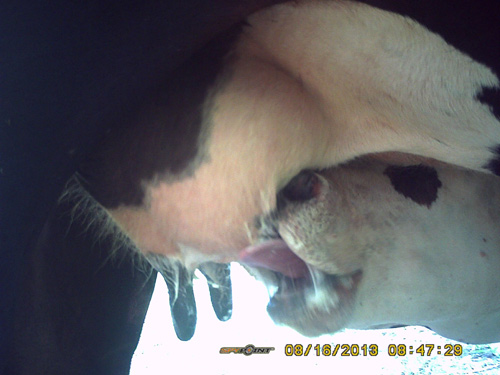 I picked up and checked the latest pictures from the SpyPoint trail camera at my prospective hunting area Secret Spot 6 7/8. Right off, I saw a picture that was bad news. 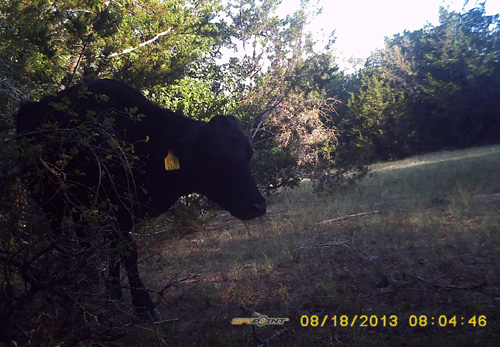 On August 18 a cow walked down a trail that put it in front of my camera. In past years, this close to bow season the landowners cows were in pastures where there is coastal growing. They weren’t put into the thick woods until January or even later.

But this year the landowner leased the livestock rights out and the new guy apparently has opened the gates and the cow here is not a solo straggler. Cows are not a bowhunters friend. When they graze their way into your area they move slow and you can have them around for  quite a while. And in spite of being told, over and over, that deer do not mind being around cows; my extensive personal experience with them is exactly the opposite.

The next picture was during the night and it is a buck. 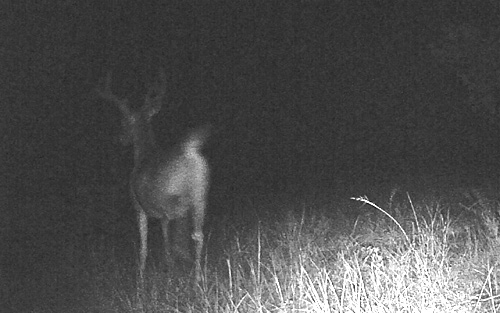 Here are two young bucks walking on a trail that is taking them into the woods on the left. There were several pictures of these bucks on the SD card. 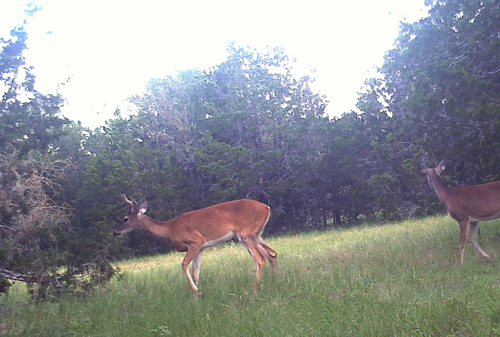 Here is another cow picture, two cows actually. There were a couple of dozen cow pictures on the SD card. 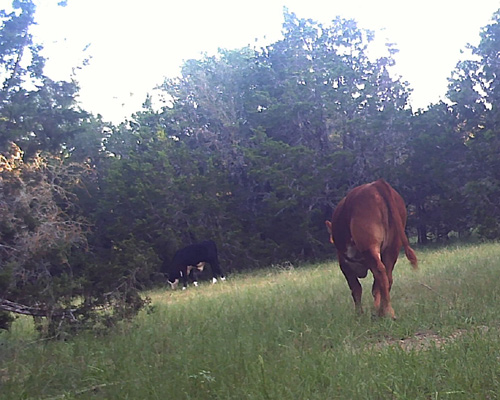 Out of 300 plus pictures only one was a wild hog. It walked out of the woods and got its picture taken. 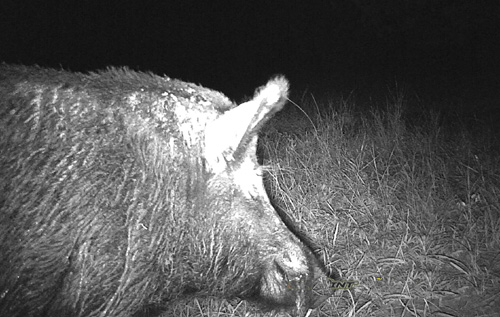 Here is a buck that used the same trail the wild hog used in the picture above. 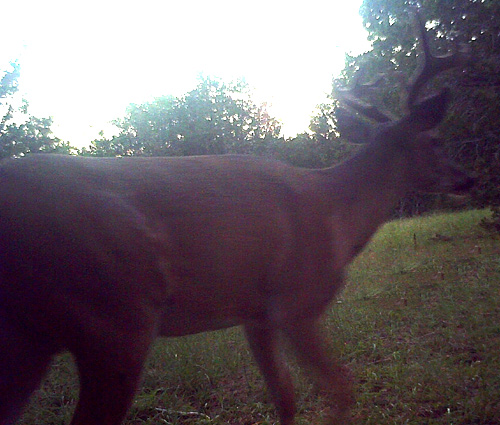 Every day there was doe activity Here are some of them. 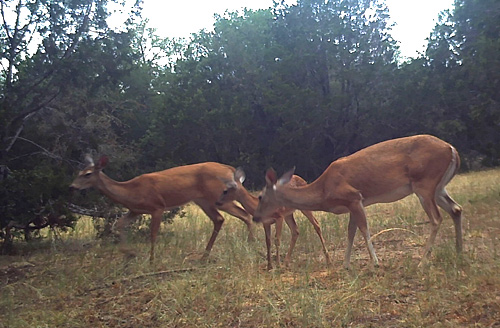 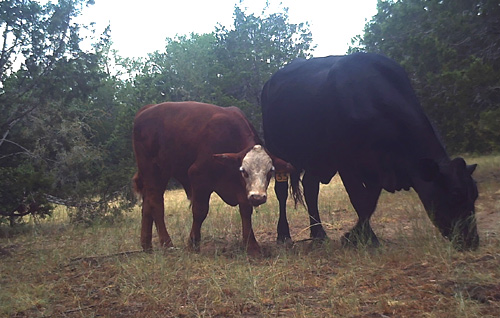 Over the years there’ve been some very unusual pictures show up on my game cameras. The one below is a first. It is a cow and a calf … and I’ll let you figure out what they are doing right in front of the SpyPoint camera.

Here is a doe using the trail in front of the camera. 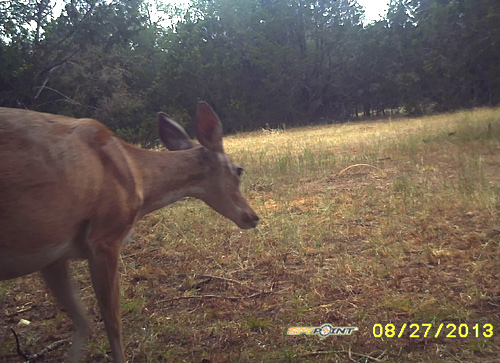 And the last picture on the SD card. 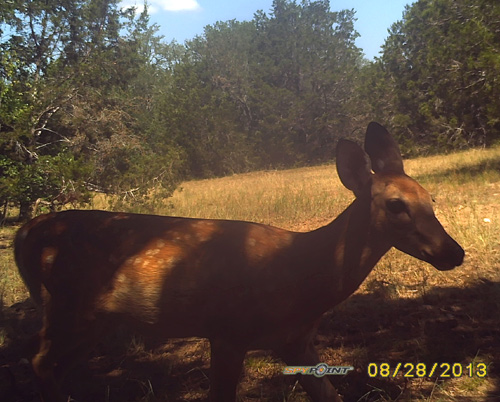 Deer activity is still good in the 6 7/8 area and that’s a good thing. Cows are now in the area and I don’t like that too much. Also, I previously had pictures of two big racked bucks on  my camera. In the last 10 days those bucks did not come through here, either during the day or night. When I picked these pictures up I left the camera with a fresh SD card. If those bucks get their pictures taken it will be all right with me.

If not I have more scouting to do. I want to find those bucks again.

What Can You Learn From Game Cameras?