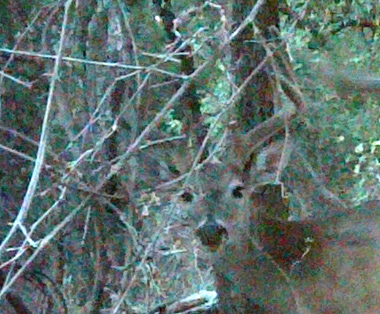 A few years back I put a lot of effort into establishing mineral licks. I got them going with red trace mineral salt. I used the granulated type not the blocks, because after experimenting with both types by setting up a game cameras to watch them I saw a problem with the blocks. They disappeared quickly, which would seem to be a good thing; but very few deer actually came to them and plenty of raccoons were regular visitors.

So I used the granulated Red Trace Mineral Salt to establish and maintain my mineral sites. I also added 50 pound bags of Calcium and a couple of phosphates that were recommended by the local feed store. My mineral sites have brought in deer for years.

One of the best ones is up hill from an area I call December Tree. I put a Spypoint trail camera on the mineral site during August. Here are the highlights of the activity.

Below, two does and a young buck get their pictures taken. 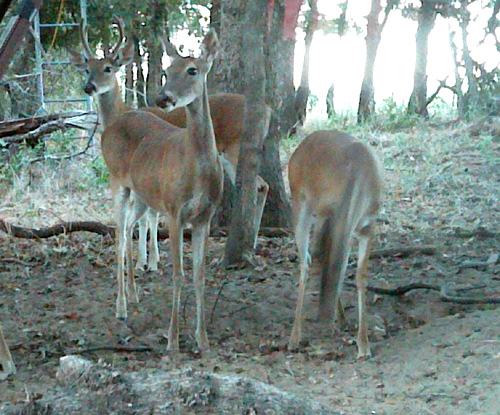 Here is the same buck later on. 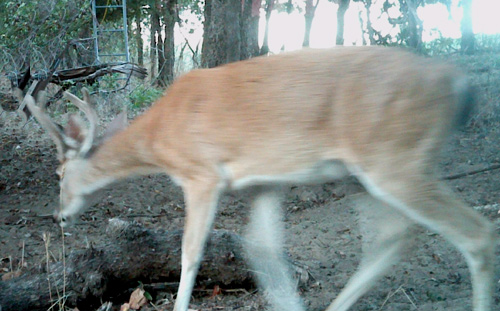 I learn something in this picture. The 3 does are at the mineral site. But other deer are in the woods. You can also see my ladderstand in the pictures top left. 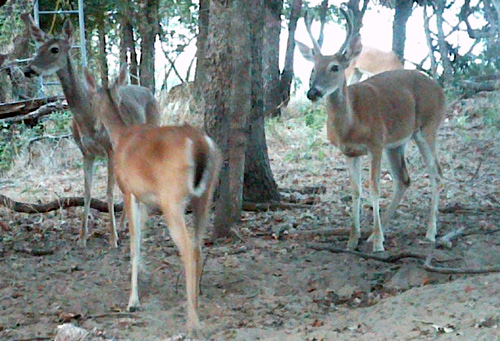 Here are a doe and a fawn. The fawn’s spots are fading away now. 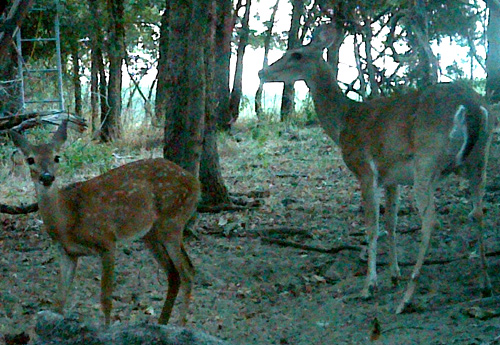 The Spypoint took over 200 pictures and most of them were does. But not all. These 3 bucks got my attention. 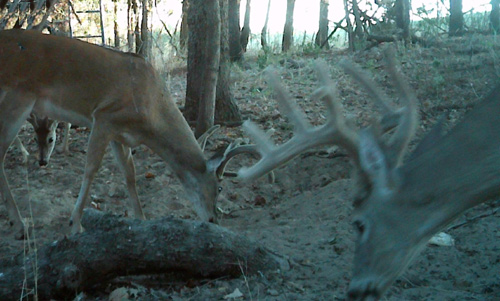 The next afternoon the low sun made photographic hot spots on these 3 bucks. Notice the sticker on the 10-point. 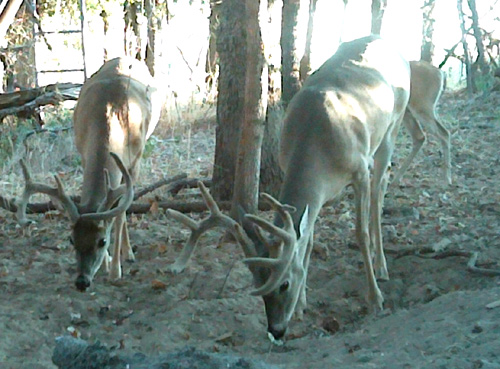 The last noteworthy buck pictures were these two 8-pointers. 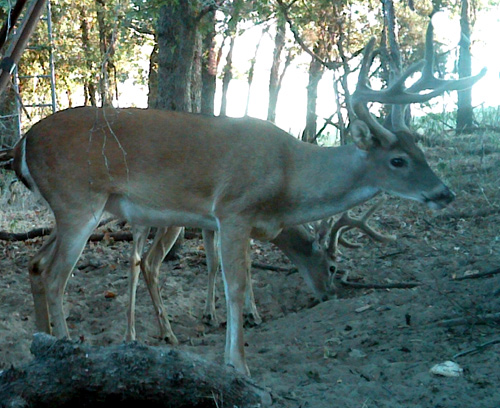 The Mineral Hill area looks good. As you know, I already have a ladderstand there but it’s been up for several years. I need to check it so be certain it is still secure and I might need to trim a few limbs.

Our bow season begins the last weekend of September and that is not far away. I need to start practicing daily so I’m shooting extra good. I’ll pick up the SD cards from all the cameras this weekend and see how things look then.