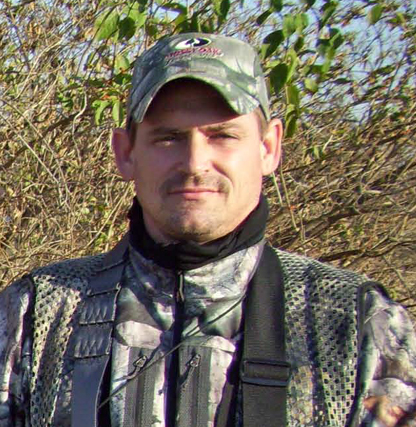 This newly created position is the result of a commitment by the Pope & Young Club to increase the awareness and understanding of the Club, it’s mission, programs and principles.  Rick’s role will focus on heightening the engagement of current and potential members, industry, media and the bowhunting public.
“We are excited to have Rick join our team,” said Kevin Hisey, Pope & Young Club’s Executive Secretary.  “He brings an immense knowledge of the bowhunting community and industry, a wealth of expertise and a passion for bowhunting.”
As Advertising Director for The Bohning Company for the past 17 years, Mowery has cultivated close ties to the bowhunting media and it’s manufacturing base.  Rick is also a passionate bowhunter proficient with the recurve, longbow and compound.  “I love the bowhunting culture, history and people,”  said Mowery.  “I am extremely excited about the opportunity to work with the Pope & Young Club.  I’ve been a fan of bowhunting as long as I can remember and the chance to work with an organization that has defended and protected bowhunting is an honor.”
“It is with great enthusiasm that I welcome Rick Mowery to the Pope and Young Club’s staff,”  says board member, Tom Nelson.  “Rick brings almost 2 decades of experience working within the archery community. I have known and worked with Rick on many projects in the past and have found him to be hard working and best of all, passionate about archery and its history. This, along with his extensive bowhunting career, will make him a valuable asset to the Club.”
Established in 1961, the Pope and Young Club is a non-profit North American conservation and bowhunting organization dedicated to the promotion and protection of our bowhunting heritage, hunting ethics and wildlife conservation.  The Club also maintains the universally recognized repository for the records and statistics on North American big game animals harvested with a bow and arrow.
For information on joining the Pope and Young Club, please contact:
Pope and Young Club, Box 548, Chatfield, MN 55923
Ph: 507.867.4144 or online at www.pope-young.org

Congratulations to our old friend Rick Mowery on his new position as Communications & Marketing Manager. We know Rick will be a huge asset to this prestigious organization.